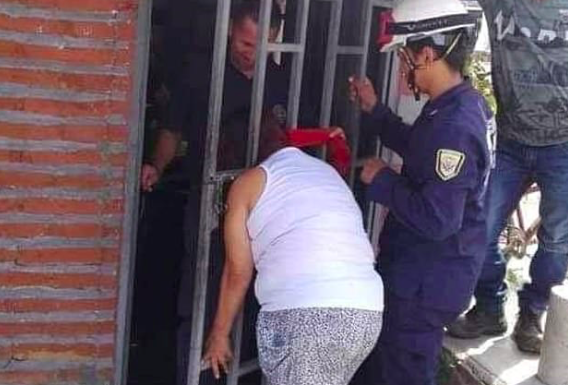 Growing up, there were a few occasions when my old man would give me a clip under the ear for sticking my nose in where it’s not wanted. I was always trying’ to hear what the adults were up too or sticking my beak in where it didn’t belong. Valuable lessons those ones… cheers Dad.

Seems in Columbia, they don’t quite value privacy as much as us Ozzy’s, the bird in this story should’ve received a couple of swift kicks in the backside when she was little too I reckon.

A couple of days a go, a Columbian sheila got her noggin stuck tighter than a fish’s a**hole in between the metal bars on a gate. 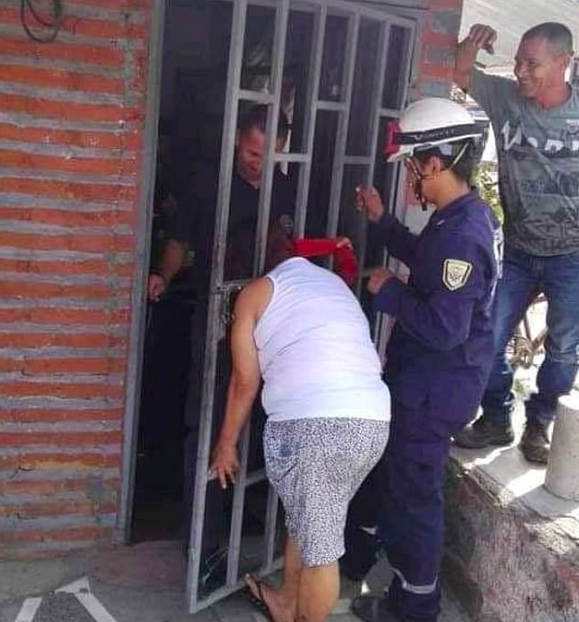 She was trying to have a cheeky squiz at the neighbours, when she realised she couldn’t get her head back out.

Bloody rubber-necker not quite rubbery enough to for the return trip by the looks of things here ay. Good ol’ Karma has been swift in dealing out an appropriate punishment for the neighbour taking an unwanted squiz.

Five hours, FIVE hours Nosy Nelly was caught like a c**k in a zipper.

She’s as lucky as a bastard on Father’s Day that she didn’t end up with a more severe injury. 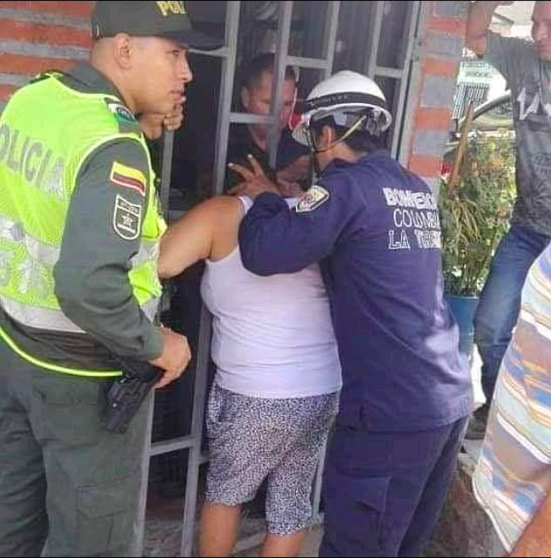 The Firies were called to free the old bitty, and much to my amusement, some of them thought it was funny AF. Check out the bloke in the grey shirt, grinning like he won a meat tray raffle, what a legend. 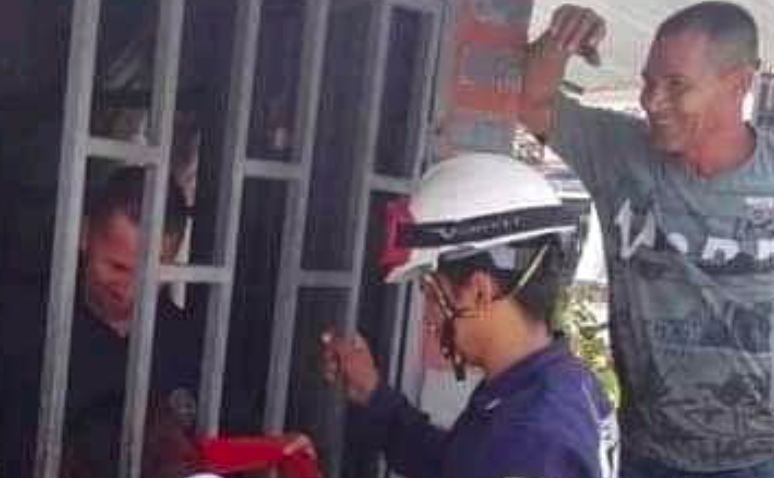 The nosy neighbour got more than she bargained for with her little indiscretion getting posted all over the Book and other social media platforms.
Final Thought:

Having a neighbour that can’t mind their own f**cken business is a real pain in the neck. Whether they are inconsiderate wankers, or just wanna talk the leg of a chair when ya busy, it’s a tough situation to navigate sometimes – we’ve all gotta live in harmony, so let’s all just try and not be knobs. Tell me a yarn about a time your neighbour was a pork chop and give us a laugh in the comment would ya?