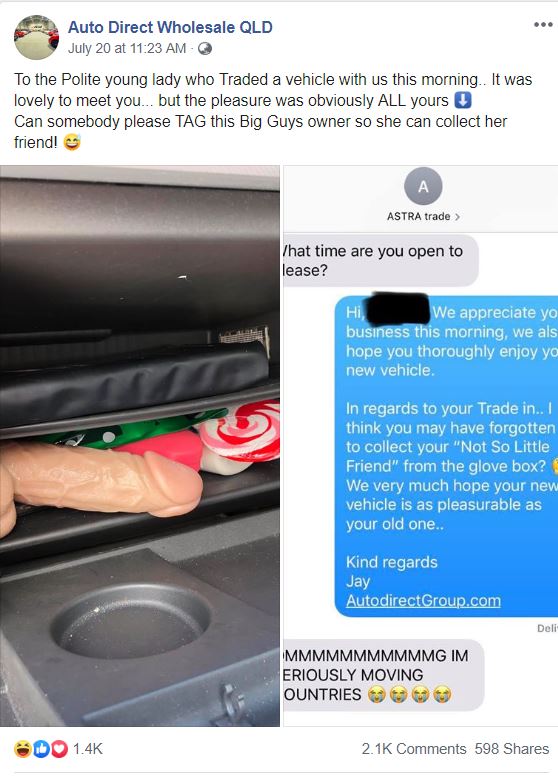 For this story, we’re heading to beautiful Brisbane in Queensland. That’s where one absent-minded sheila made a pretty silly mistake. Apparently, when she traded in her little runabout, she forgot to check the glove box. Naturally, that’s where she keeps her road dong. 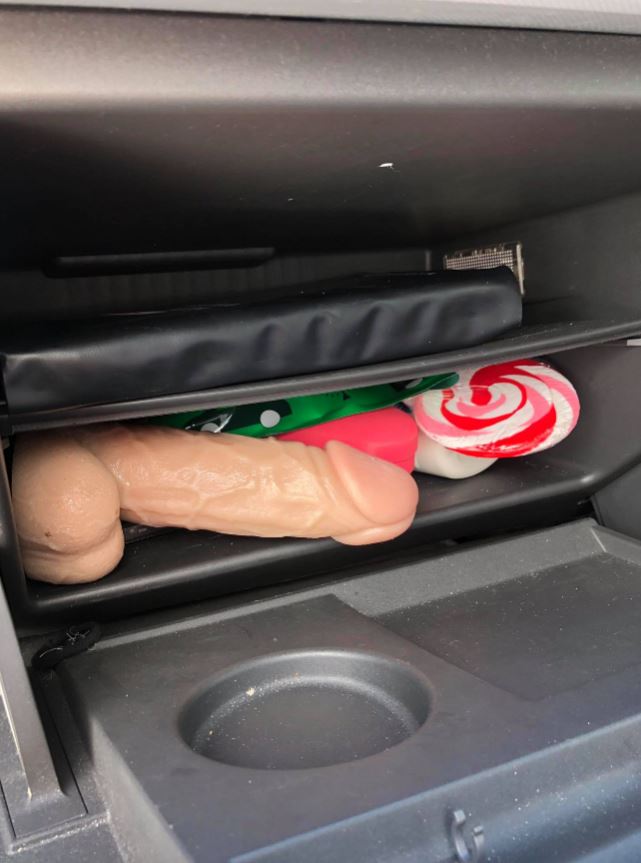 Yeah, we’re not sure how many sheilas actually have a road dong, but according to Heather Duffy, one of the staff members at Autodirect trade-ins, it was pretty bloody impressive. She said, “”She left with her vehicle and one of our detailers popped in with a very horrified look on his face and said we might want to come out and check what’s in the glove box.” 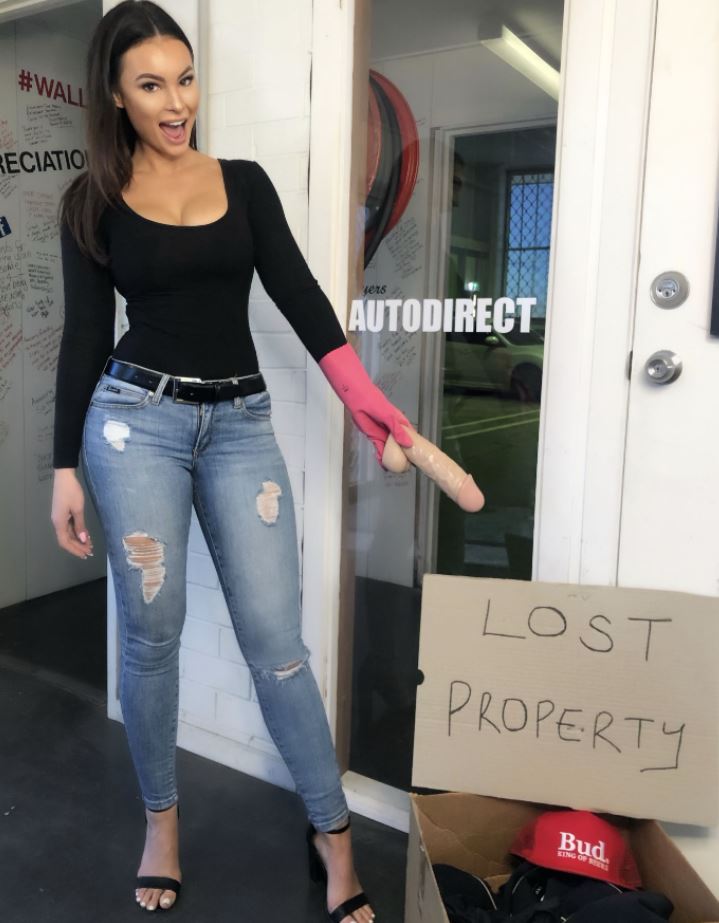 Obviously, they did. “We went out and the item was found glistening in the sun as soon as the glove box opened. It was about eight inches long and the girth was actually quite astounding, my fingers wouldn’t fit round it, it was a monster. We sent her a message about her leaving it there and her reaction was really funny, once the initial shock wore off she thought it was quite funny too.” 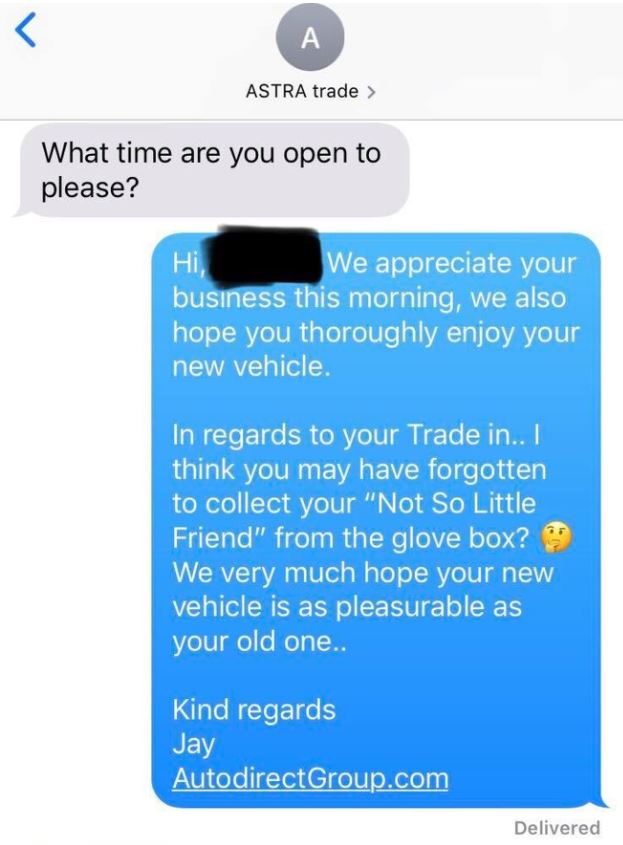 Being good Samaritans, the company posted about the find on Facebook – hoping someone could tag its owner – and got in contact with the young lass to try and get the sex-toy back to her.

Apparently, though, she’s either too ashamed or embarrassed. She’s yet to reclaim it, responding only by saying she’ll have to move countries.

Final thought: If this isn’t a reminder to be thorough when you’re cleaning and giving things the old once-over when you’re trading them in, we don’t know what is. Let us know if you’ve ever forgotten anything as embarrassing. We’re sure the top fans in the Facebook comments will love it!