Popular culture will tell you that cat ladies are crazy. Obviously, that’s a sweeping generalisation and it can’t apply to everyone. Still, there certainly are some pretty questionable cat fanatics out there, and if this story is true, then we’d argue that the sheila who owns this cat is one of them.

Before we get started, this one is a couple of weeks old, but it seems to have gone fairly under the radar, which is fitting, because it seems to be that’s exactly what the woman in question was trying to achieve on the flight – as you’ll soon see.

Someone just texted me this… what the actual hell? pic.twitter.com/B0ri97fh2D

Apparently, the incident occurred during a recent Delta Flight and an image posted to social media suggests that the purported cat breastfeeding happened while the plane was on its way to Atlanta. The image detailing the breastfeeding is of a message the pilot sent to ground control. 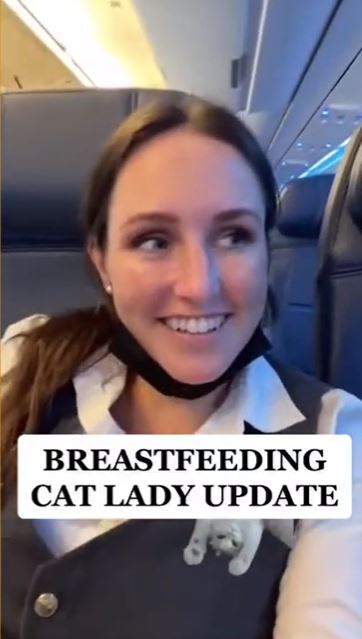 It says, “REQ Redcoat meet AC. PAX in 13A is breastfeeding a cat and will not put cat back in its carrier when FA requested.”

Now, we don’t know about you, but we would love to watch the discussion between the flight attendant and the cat lady unfold. Yeah, nah, not in a creepy way or anything, but imagine listening into someone having to explain that you can’t breastfeed your f**ken cat on an airplane. 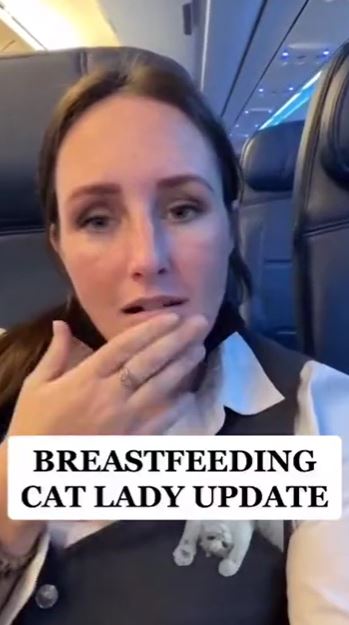 Fortunately, Flight Attendant Ainsley Elizabeth reported the details to everyone on TikTok. Although her video has since been deleted, it’s been shared by other users and you can watch it below.

She’s been quoted as saying, “This woman had one of those, like, hairless cats swaddled up in a blanket so it looked like a baby. Her shirt was up and she was trying to get the cat to latch and she wouldn’t put the cat back in the carrier. And the cat was screaming for its life.’ 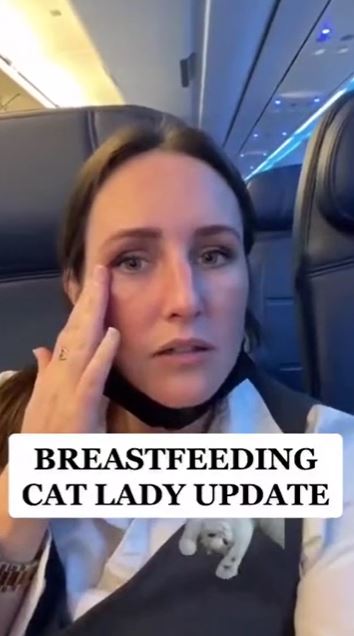 Wait, though, that’s not even the worst bit. The sheila was buttering up her nips in an attempt to entice the cat into having a feed. Yeah, nah, and that’s probably enough internet for the day!

Final thought: Yeah, so, unfortunately for the sheila involved, trying to fly under the radar with s**t like this is damn near impossible in this this day and age. Yeah, nah, you’re better off not even trying, don’t you reckon?