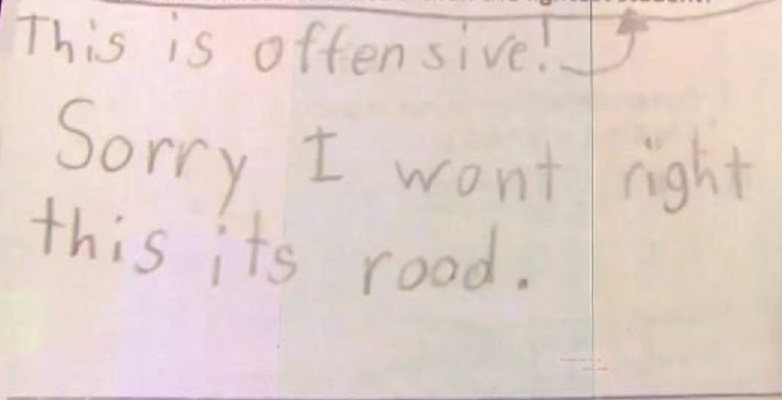 Remember homework? If you do, you probably remember needing even the slightest reason for saying, ‘Yeah, nah, my olds reckon I don’t have to do that one.’ And, honestly, who can be blamed. We might know that homework’s pretty bloody good for kids, but that doesn’t mean the little buggers want to do it. Just have a quick think back to your own childhood and remember your own experiences with it. Yeah, nah, there’s way better things you could be doing, but in a world where most of the old excuses are cliché, the kids have to come up with smarter ways to get out of it…

And on that point, let’s introduce ourselves to ten-year-old sheila Rhythm Pacheco. This little legend’s managed to get out of doing some homework, and she’s even getting praised for it. Deadset, the clever little bugger’s worked out a blinder of a method. 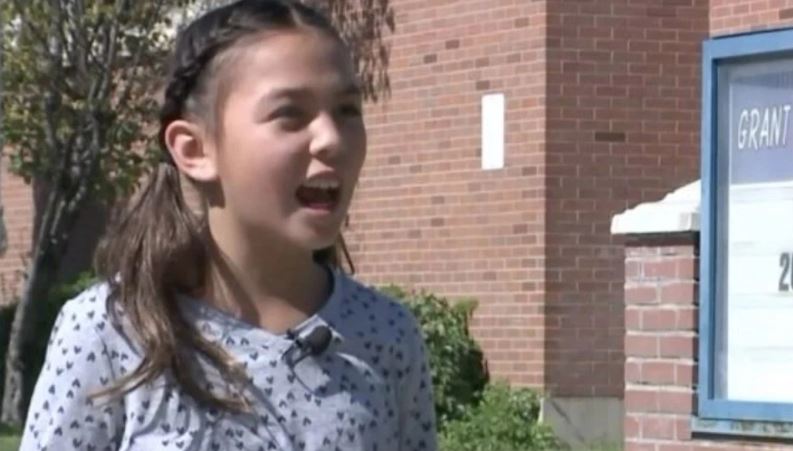 She’s dug deep and pulled out the inner bush lawyer, and she’s managed to leave her teacher – of all people – agreeing that she shouldn’t have to do the question. All she did was refuse to do the work on the grounds it was ‘offensive’.

With that in mind, here’s the question: “The table to the right shows the weight of three Grade 4 students. How much heavier is Isabel than the lightest student?”

Now, we don’t know if there’s actually a chick named Isabel in the classroom or not, but it’s a bit of a stretch to say there’s anything wrong with that. But, still, that’s exactly what makes PC Culture so good. You don’t even need to win an argument, you just need to make people fear they’ll look dodgy and you’re onto a bloody winner.

Rhythm circled the question and wrote, “Sorry, I won’t write this, it’s rude.” She then explained to her teacher that ‘judging’ people’s weight isn’t very nice. And, on this count at least, little Rhythm isn’t wrong. Being judgemental sucks.

She later said, “I was very nervous I would get in trouble for not writing out the question, but I still solved the problem. My teacher spoke to me about it and made me feel like she was on my side.”

Yeah, nah, rather than point out that Rhythm was pulling a fast one and clutching at straws, the teacher, the school and the company who wrote the test all went along with it. Deadset, here’s what they said:

“User feedback is a vital part of our culture. We are grateful to receive constructive feedback from students, teachers and parents alike. We apologise for any discomfort or offence caused by the question. Please know that we will replace this question in all future reprints, and suggest that teachers supply students with an appropriate replacement question in the interim.” 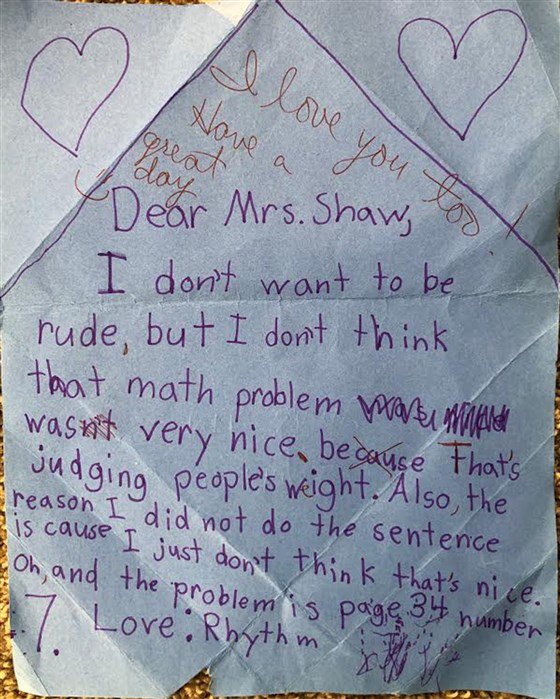 All we can assume is that they’re working out a real brainbuster for the next homework task. That’ll learn her!

Final thought: Yeah, look, this is a funny one. The kid was polite about it and everything, but it seems like a teachable moment to us. Rather than just salute the kid and say, ‘Yes, madam,’ we can’t help but feel they should have taught the kid that it’s not actually offensive and provided her with a realistic example of a time when working out weight differences might be important – like in a calorie-controlled diet for three daughters or something. Thoughts?