We’re pretty sure we’ve talked about the massive bloody balls you need to participate in the rodeo on this site in the past. We stand by that. Some blokes and blokettes are born tough bastards. And that makes the rodeo an ideal sport for them. Despite that, though, not a single one of them could ever best Bandido the Brazilian Bull. It’s about ten years since the big fella carked it, but over 200 cowboys tried to tame this prick and every single one of them failed… 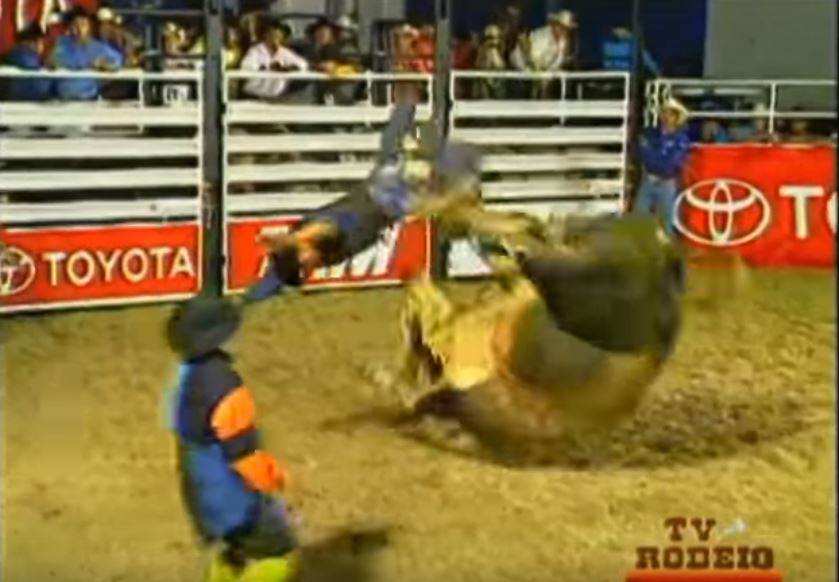 The best thing we can say to you here is load the bloody video up already. In every field, there has to be one crazy mofo who exists on a level that the rest of his competition can’t even pretend to call home. Bandido was that bull.

The big bugger was not having bloody anyone riding him. Matter of fact, people spent eight years trying. At the end of that time, Bandido could look at them all and say, “You soft pricks have got nothing.” 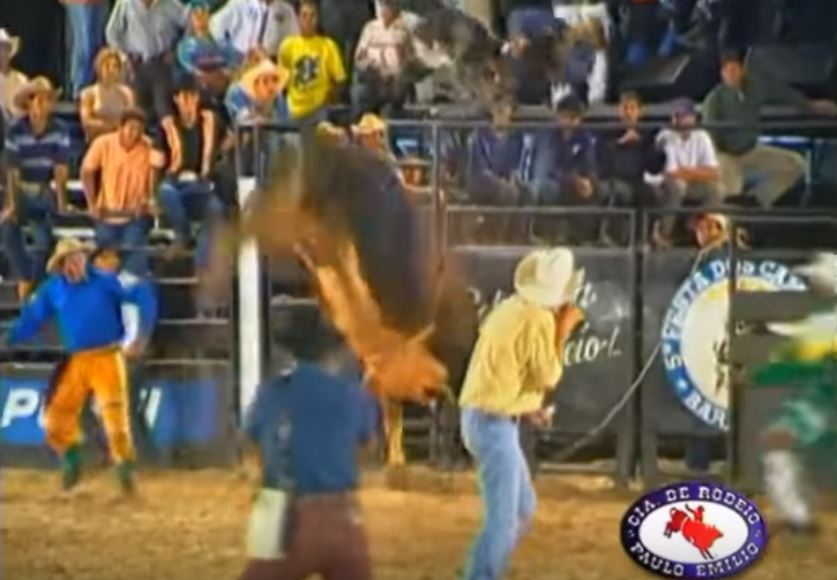 So, in memory of the big fella, let’s watch him send some eager beavers to Destination F**ked. Time and time again, he’s just like, “Get off me, ya bloody wanker.” By the time you’re thirty seconds in, he’s sent a half-dozen blokes on a holiday to intensive care, but at about thirty-five seconds, the monster does a mickey flip in an attempt to rid himself of one pesky cowboy.

We’ll repeat that: He. Does. A. Friggen. Mickey. Flip. And then he crams a horn up old mate’s arsehole. He’s like, “Have you seen Deliverance? Here, let me tell you about my favourite bit!” You’d better believe old mate squeals! 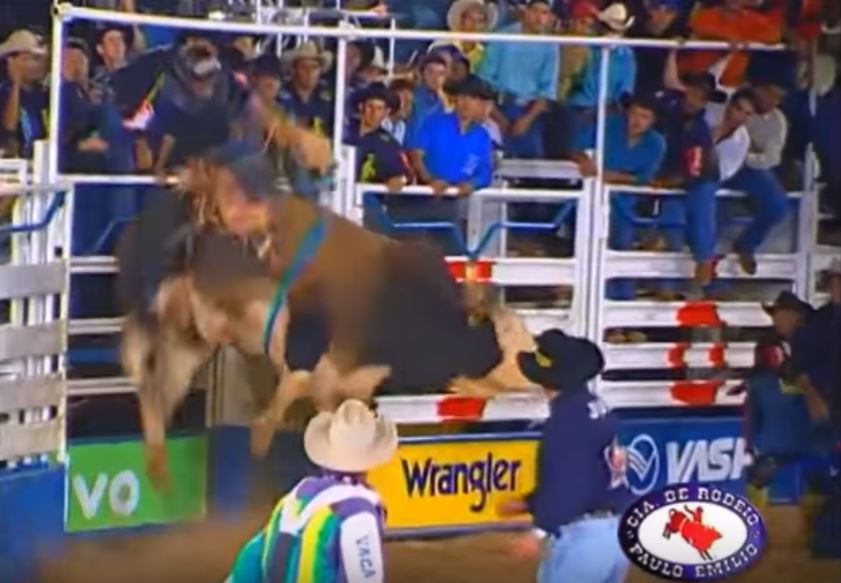 Later, at about a minute in, he flips one dude so high in the air he does about six mickey flips of his own. Deadset, even Romanian gymnasts are jealous of that dude’s tumble. Towards the end, you’ll see him trying to roundhouse kick any bloke that gets close to him. All he really needs is a bloody bottle. He’d smash the cap off it with technique like that.

Seriously, it’s pretty easy to see why no one successfully rode this behemoth. He wanted to bloody well smash people. He loved it. Rest in peace, Bandido. You bloody earned it.

Final thought: So, er, what do you blokes and blokettes reckon? Keen to take up the rodeo? Let us know if you’ve ever seen anything like it, because, mate. That was intense.

It’s the perfect time to revisit one of Ozzy’s classic commentary videos…Ozzy Man Reviews: People getting f**ked up by bulls.