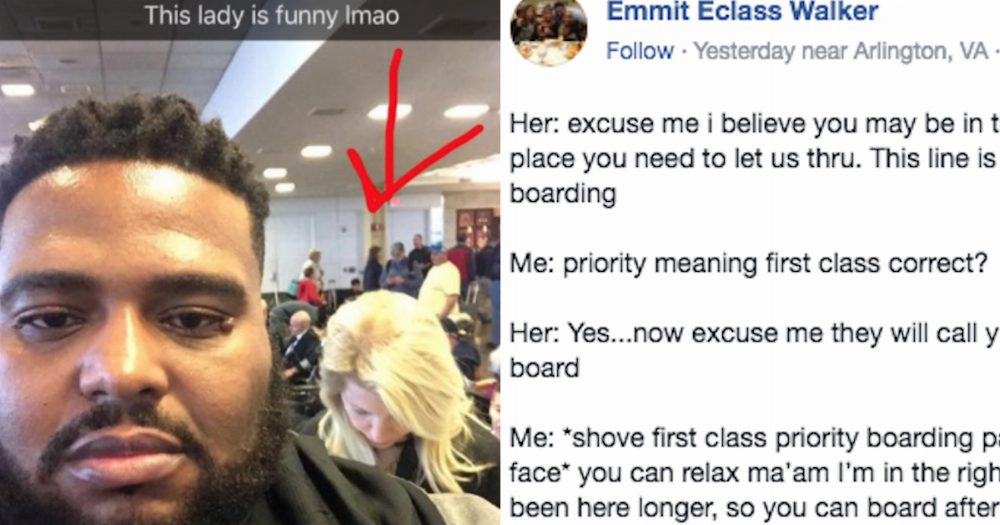 Racism comes in many forms.  Whether we’re talking about the totally f****d up extreme and violent end of racism or the bloody insidious form that poisons people’s minds and encourages them to act out on prejudices they probably don’t even realise they have, it’s easily one of our sh***iest inventions ever.  Have a look at today’s viral story to see that second kind in action.

Without deliberately trying to bloody well patronise the sh** out of ya, when we talk about this second kind of racism we’re talking about racism that might, ooh, I dunno, result in the complete and total failure to comprehend that African American people no longer work for free, aren’t criminals by default and may actually be travelling first class due to their successful career.

This kind of racism is so ingrained that it’s gonna take generations to get rid of it completely.

It’s like that greasy cheese stain on the white shirt of humanity.  It was left there a while back when it dropped off from some dodgy pizza and we’ve been trying to get it out ever since.  It’s a real mother***er. 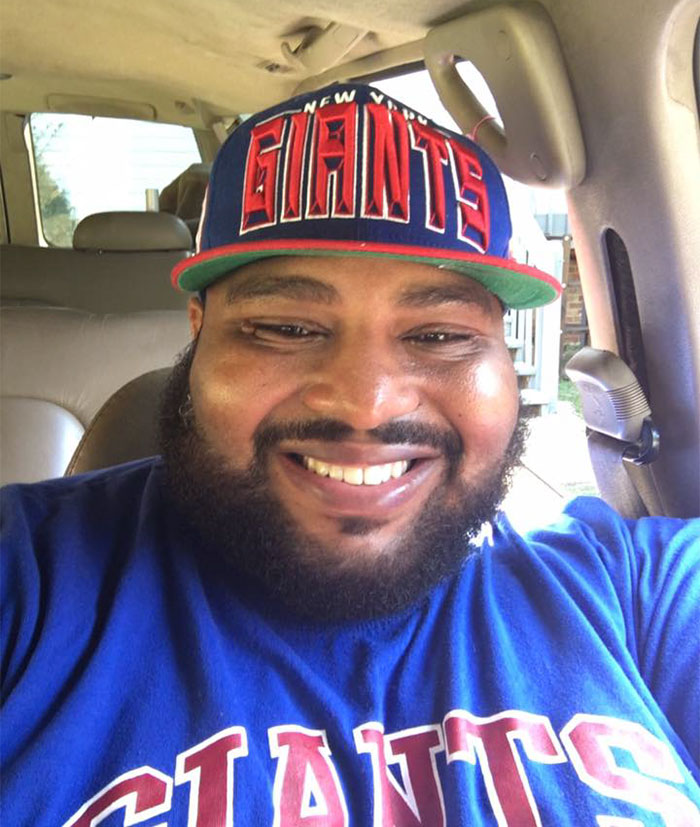 Anyway, to illustrate the point, meet Emmit Walker.  Despite his name, Emmit is not walking anywhere.  He’s flying.  First class.  Thanks to his successful career as a music executive. In case you didn’t notice, Emmit is also African American.  And herein the hilarity lies.

Meet Racist Blonde Lady.  She’s also flying first class.  And guess what?  She can’t comprehend that the black man in front of her is in the correct line and is travelling first class due to his successful career.  Greasy cheese stain and all that. 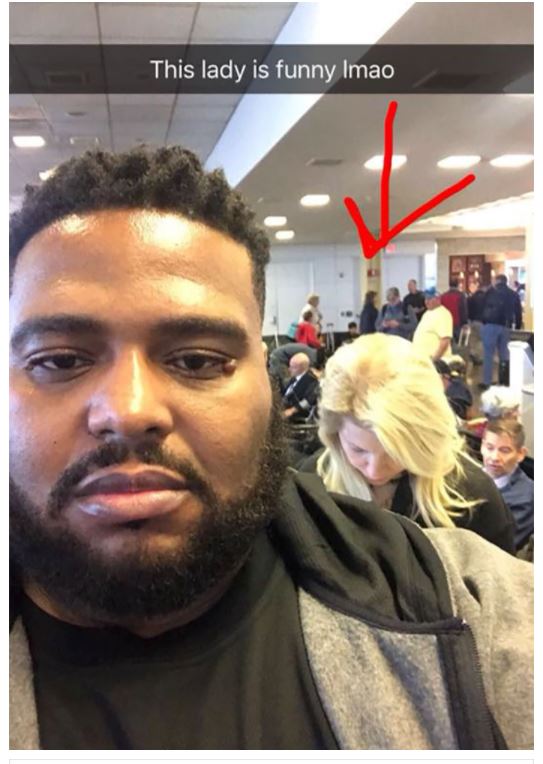 This is gonna be good. Credit: Emmit Walker/Facebook

I won’t rehash the story here.  I’ll let Emmit’s Facebook posts do that. 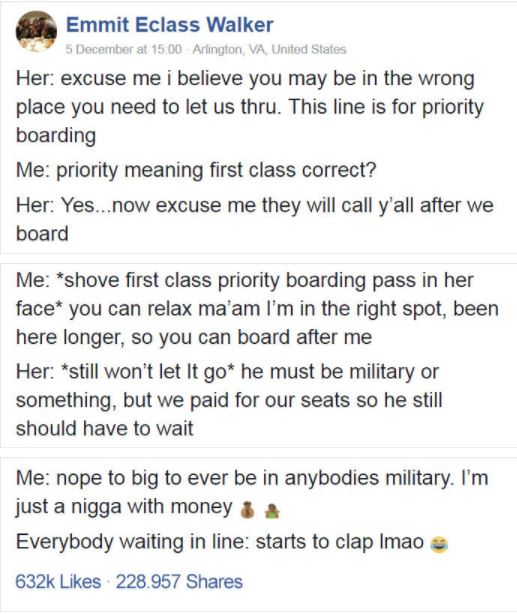 Why am I never around when this kind of thing happens? Credit: Emmit Walker/Facebook

Now, obviously, this woman is a f**k-knuckle.  Her beliefs are stupefying in their ignorance.  I mean, there is so much in just that small description we could unpack and make fun of, but what really gets me is the entitlement.  Effectively, “I’m in a rush, let me through.”

This isn’t just a woman harbouring some deep-seated racist beliefs, this is a woman who is hung up on her own self-importance.  And one more thing.  If you’re already in the line at the airport, you don’t need to get to the front of it.  It just means you’re standing in wait longer.

Anyway, good on Emmit for dragging another greasy cheese stain f**k-knuckle into the light for everyone’s enjoyment.  Thanks, mate.

UPDATE: It seems that the interaction has weighed heavily on Emmit’s mind and since the story has blown up and gone viral he’s feeling remorseful about his handling of it.  Watch the video below to see what he has to say.