Travelling the globe and seeing the world is easily one of the greatest joys in life. You get to see tonnes of cool places, learn about interesting cultural practices and expose yourself to the way folks from different backgrounds live. It really is grouse, especially when you get to see just how different things we take for granted can be in other countries. That’s something Hamish Carruthers discovered when he took a trip to Thailand. Specifically, Hamish wasn’t too enamoured with the Vietnamese shower…

As you can imagine, for a Pommy bloke, Vietnam’s a pretty different place. It’s hot, the food’s actually good, and according to Carruthers’ whinging Facebook post, their showers are different too. The poor fella was getting pretty bloody frustrated with the cold water, lack of pressure and the fact you have to hold the button down the whole time – as his post in the Hanoi Massive Community Facebook group attests. 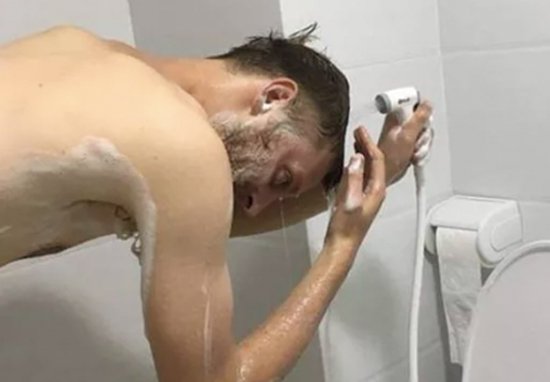 All right guys, I’ve been in Hanoi almost a week now and I’m loving. My only complaint is the showers. I’m all for saving water but having to hold your finger on the button to keep the water flowing seems a bit extreme. The cold temperature doesn’t bother me too much but why are they so low? You have to bend down to wash your head. Vietnamese people aren’t that short… I’ve tried 2 different hostels now and they both have this style of shower, what are other people’s opinions on the Vietnamese shower?[sic] 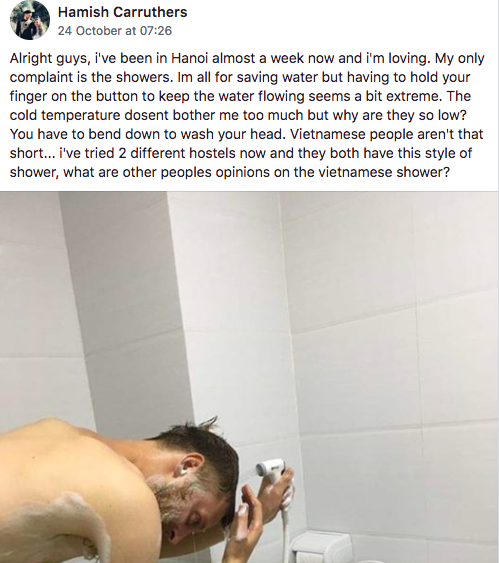 As the poor b*stard was about to find out though, he wasn’t using the shower at all. Yeah, nah, he was washing his mug with the Vietnamese equivalent of a bidet. We’re sure you know what a bidet is, but just in case, it’s the farthole fountain, the cloaca cannon, the bum bubbler, and it’s designed to help you gurney hard to reach chunks of sh*t off your arse after you’ve backed one out. 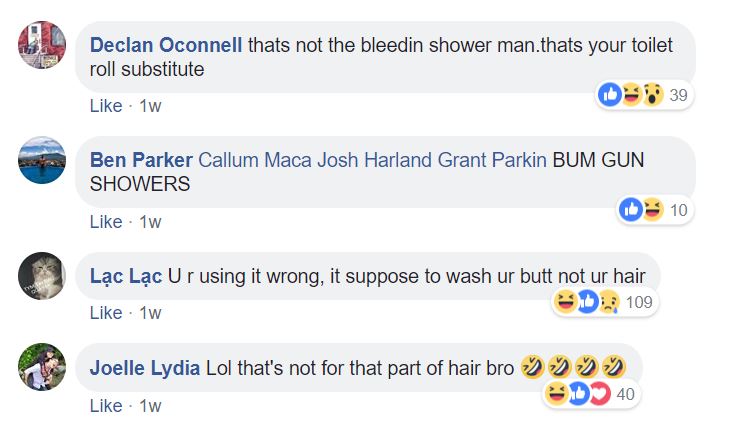 In Vietnam, they just have a hose next to the dunny instead of the low sink – that’s what Hamish was washing off with. The poor bugger found out right after he posted a bunch of pics of him using it too. Talk about a sh*ty situation. 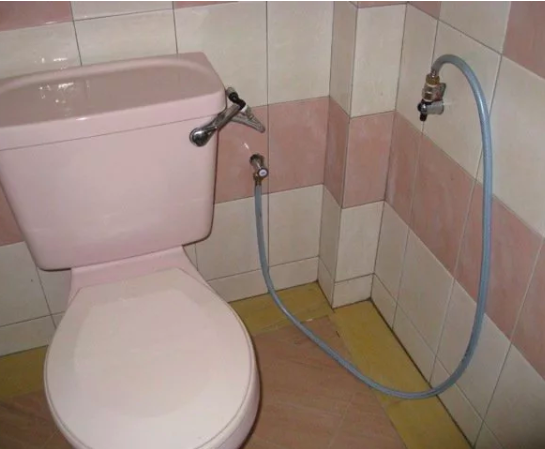 Final thought: Look, we all have to learn things the hard way from time to time. While Hamish has really put his foot in it by posting photos of himself in the act, who can honestly say they’ve never done something silly by mistake?

If you’ve ever used one, you might relate to this video: