One of the greatest television shows ever made was World’s Dumbest Criminals. While it didn’t quite meet the standards set by When Stunts Go Bad or When Animals Attack, it made for wholesome and heart-warming viewing that was sure to give you a few belly laughs. These days, we don’t have to sit in front of the television to view that sort of program because we have it all on the internet, but when dumbass criminals show up to wreak havoc on themselves, it’s always worth a squiz…

Rightio, one of the things that’s always a beacon of hope when it comes to criminals and folks attracted to the less legal side of life is the fact that for better or for worse, it can be a last resort kind of job for those who don’t possess the intelligence, nous or wherewithal to function at a regular job.

Yeah, nah, it can definitely be a field rife with stupid c**ts. 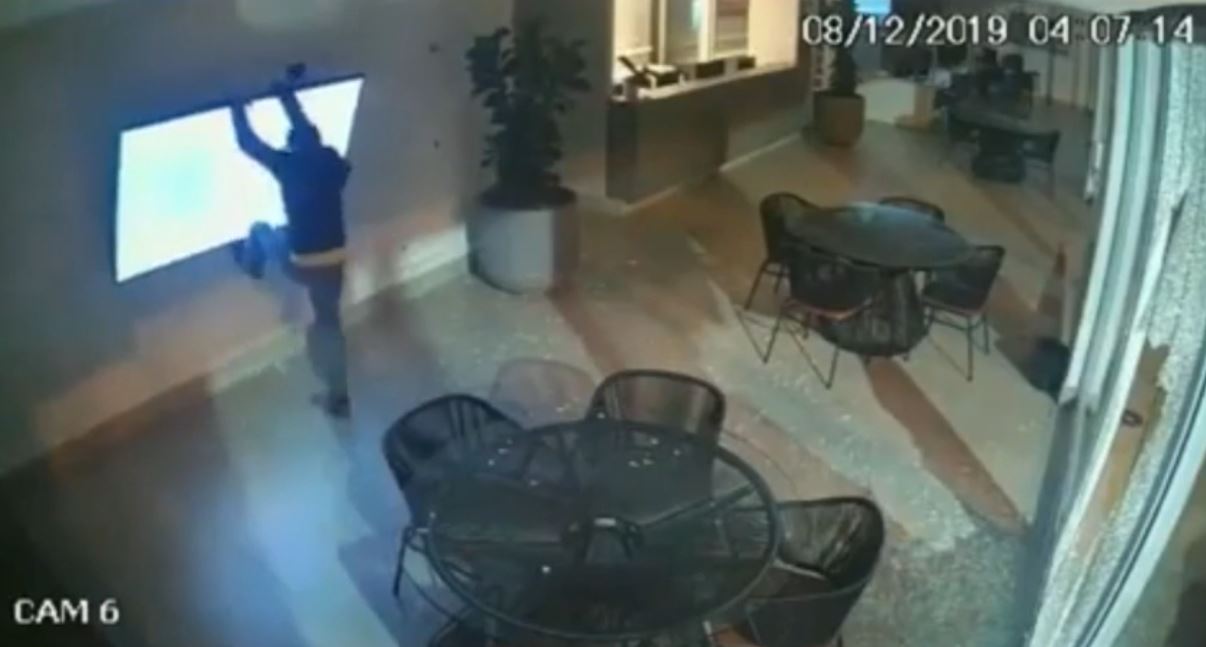 Obviously, we’re not saying all crims are dumb. That’d be a silly assumption, and history kind of shows that they’re not. These guys, though? Well, we’re not sure how they tie their shoelaces. Once you have a watch of the video, you’ll notice that it’s performed in such a panicked state that there’s f**k-all attention paid to common sense. 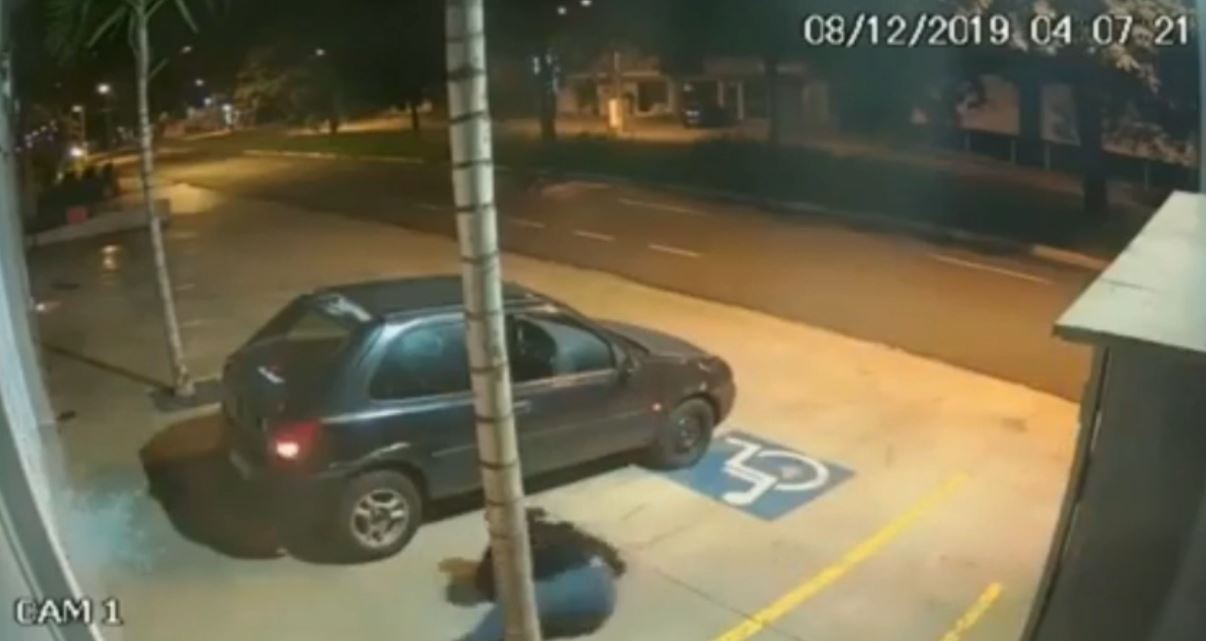 First up, there are the basics: the hazard-lights that are designed to draw attention to your car, the idea that one bloke can just wrench that television off the wall, completely f**king the wiring, when two of them could probably have lifted it in a third of the time – and without breaking it. 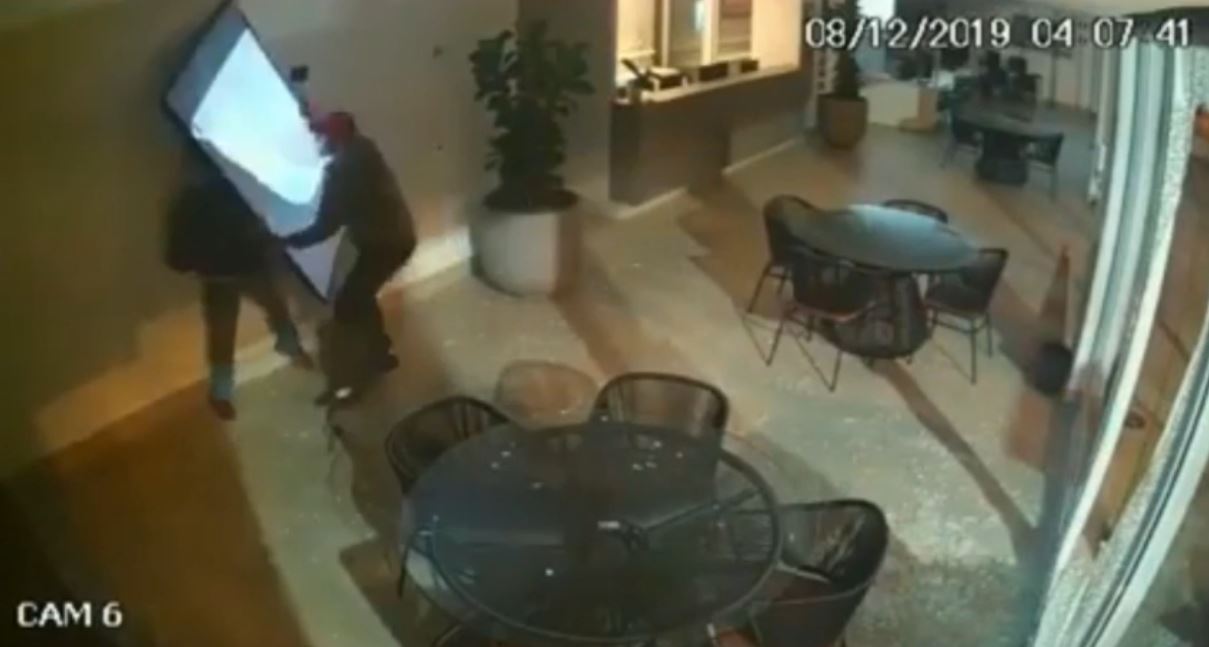 Then you’ve got the Bambi on roller skates – and crystal meth – nature of their slipping and falling. We know that at times they’re falling on glass, but you’d think they’d soaped up their feet. Finally, in what’s probably the best bit of it all, you’ve got Takeshi running for the f**ken building and failing to realise there’s a glass panel in front of him. 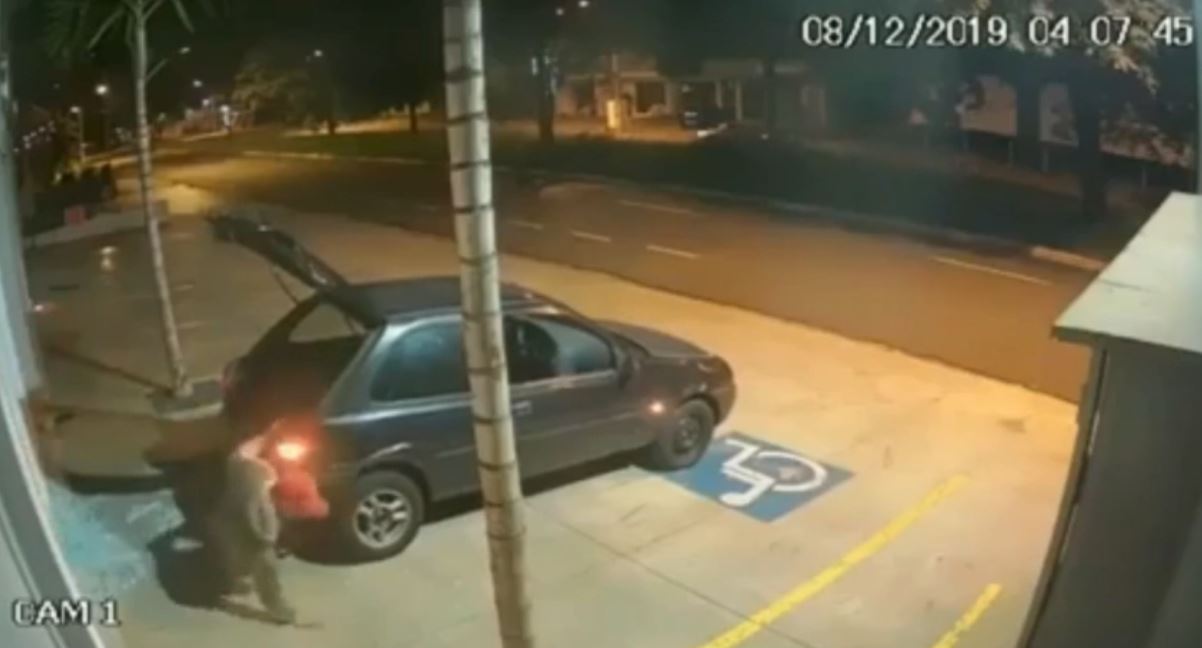 Deadset, let’s hope these guys are put where they belong – behind bars – before too long. 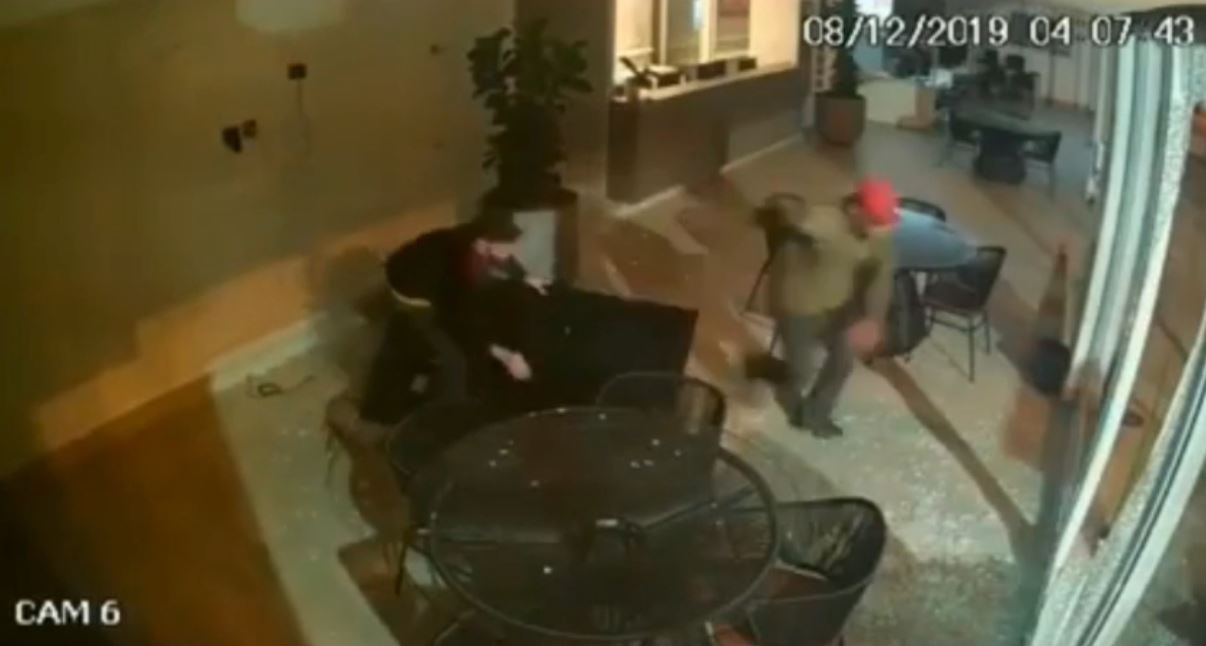 Final thought: Being realistic, it’s crazy how much damage these guys have caused in a short space of time. Whether they got the television or not, they’ve truly f**ked some s**t up, and will undoubtedly cost the property owners a fair whack of cash – even with insurance – and a few sleepless nights. What a bunch of drongos.