The world is an expensive place. You know as well as we do that with the rising costs of groceries, of fuel, of keeping the water and power flowing, of ensuring you have abundant quantities of beer, and of raising children are all pretty f**ken disadvantageous to the battler trying to get ahead in life. Bearing that in mind, you can’t really blame a bloke for pretending they got hurt on the job and for trying to skew that to their advantage. It works for soccer players so why not everyday people?

Anyway, the video you’re going to see shows a bloke who has the right idea when it comes to a fraudulent claim, but who hasn’t really mastered the execution yet. That bloke is Alexander Goldinsky and he’s obviously a little sick of work and a little short of funds. His solution, worker’s comp! 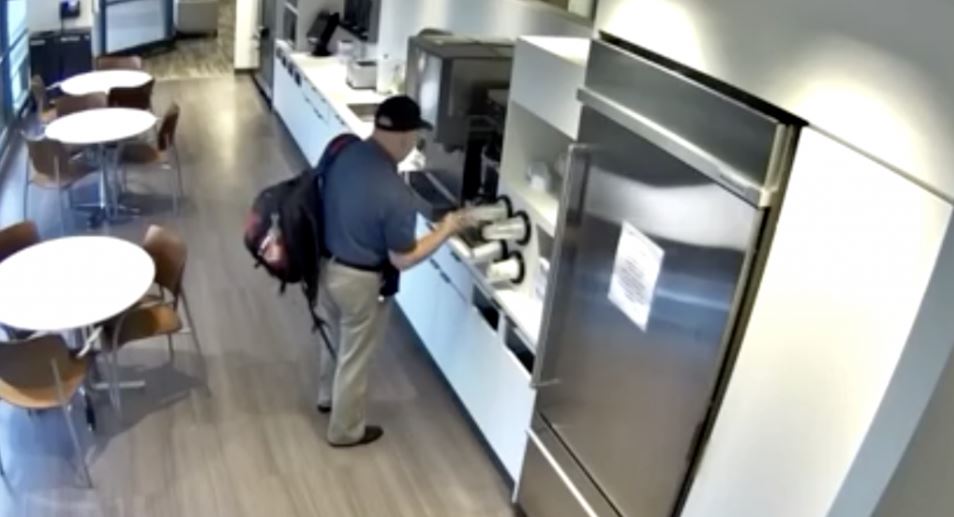 His plan is f**ken glorious in its simplicity. He’s gonna slip over on some ice in the common room. Unfortunately for old mate Alex, he doesn’t know he’s on candid camera. Even more unfortunately, he’s found himself in deep s**t for his dishonesty. And to be fair, that’s how it should be. You really need to sell something like this, and from watching the footage, you can see that the poor bloke’s heart just isn’t in it. 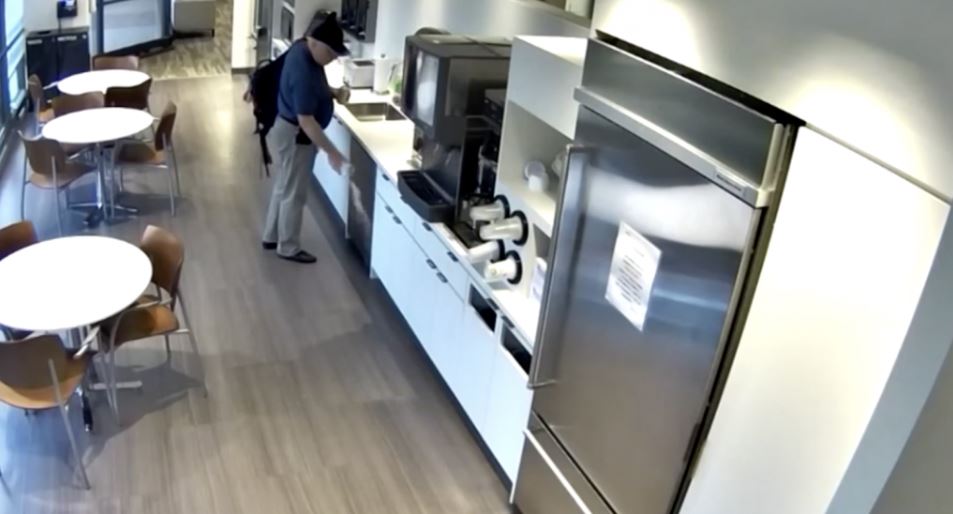 This point right here is where we add a caveat that says, it’s pretty f**ken hard to know what’s going on an individual’s life. There may be a heartbreaking reason he needs to stoop to this. He could have sick relatives, the bank could be about to foreclose, or he could he trying to rack up the funds necessary to escape to the new world and begin his life again. Whatever. It doesn’t matter.

Just have a squiz at the way he plans it out. You can see him coming up, casual as you like. He gets a cup full of ice. He has a look around and then, he bloody chucks it on the floor. That’s no bloody good, Alex. Someone could trip on that! 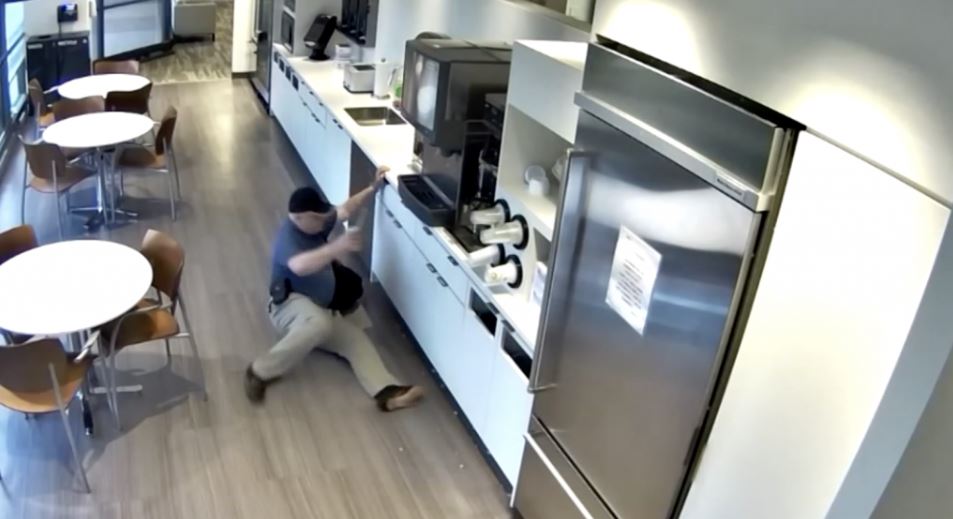 Once he’s convinced there’s no one around, it’s time to make like Neymar, or, if we’re being honest, Mo Salah, and hit the bloody deck without any good reason. Of course, Alex isn’t as good a diver as either of those two and he doesn’t really want to break his coccyx on the way down. He kinda half sits, half throws himself back.

At that point, he presumably starts yelling, “Ah, me back! Compo! Compo!” And if it wasn’t for that pesky CCTV, it might have worked. But, ya know. It didn’t. After taking his paperwork and making sure he was being looked after, someone would have watched that footage and gone, “That dodgy b**tard! He was faking it.”

Anyway, he’s been arrested and charged with fraud. 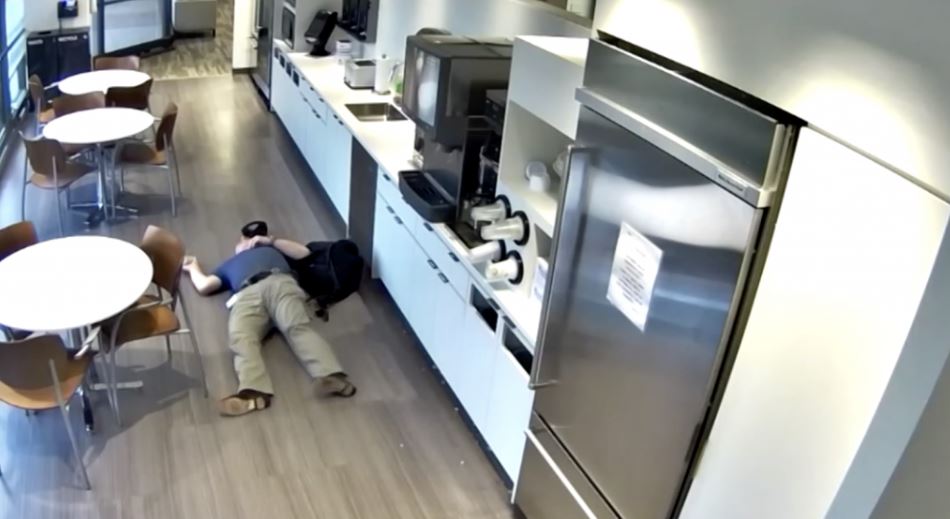 Final thought:  Look, we get it; sometimes you need to do what you need to do. However, if you’ve got to chuck a cheeky little compo claim, do your research and make sure you’ve practiced your dive. It works for soccer players everywhere.

This New Jersey man was arrested after allegedly throwing ice on the ground and faking a slip and fall #NiceTry https://t.co/ghvDwBPGtN pic.twitter.com/FkZ3PbmzoT