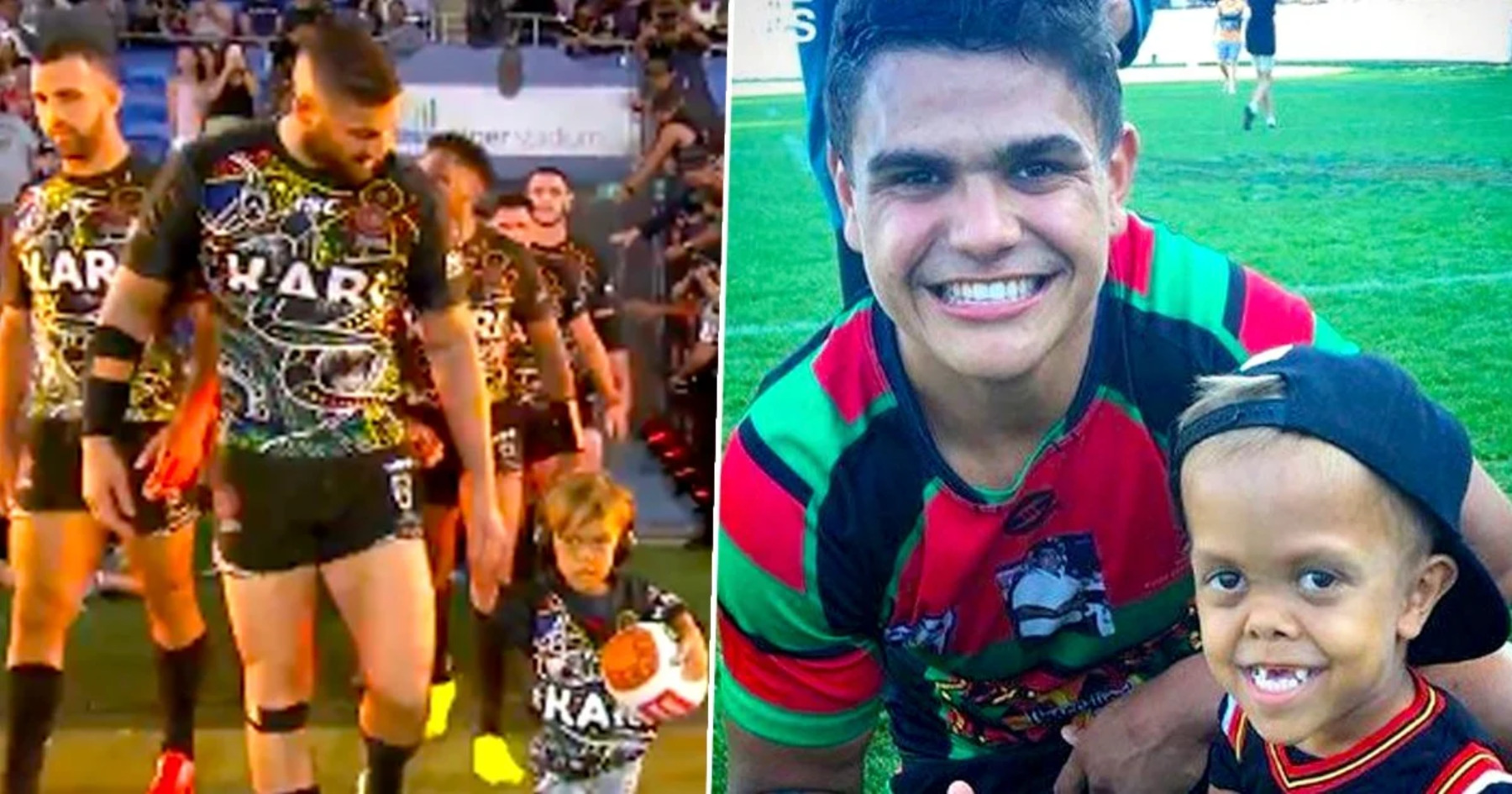 There’s no doubt in anyone’s mind that bullying’s f***en s***house. Unfortunately, sometimes the little tin lids out there aren’t able to stand up for themselves or realise that the other kids picking on ‘em are usually the biggest losers around. The reality of that is that kids can be made to feel like s***. The effects are traumatic as f***, and just telling the victims to harden up doesn’t quite cut the mustard. That’s why we’re stoked as f*** to see the Indigenous All Stars reach out to Quaden Bayles.

If you haven’t kept abreast of the domestic news here in Ozzyland, Quaden’s made headlines recently because of a pretty s*** situation.

The champion 9-year-old is the face of Stand Tall 4 Dwarfism and he’s been copping a lot of s**t at school. As a result he’s been doing it tough. Real tough.

An Aussie mum's strong message about bullying has gone viral and is breaking people's hearts. pic.twitter.com/RBmLUBxtQf

You can watch his mum’s videos to see his exact reaction, but needless to say, he’s in major need of a pick-me-up. Thankfully, Quaden, a proud Indigenous kid who suffers from achondroplasia – the most common form of dwarfism – has been asked to lead the Indigenous All Stars out when they play the Maori All Stars on Saturday February 22. 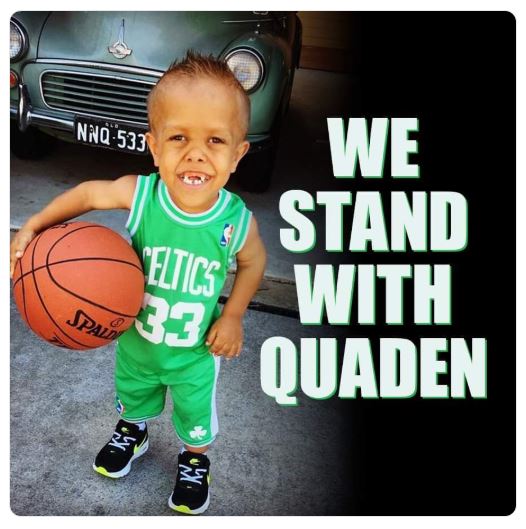 The players extended the invite to Quaden through a video that included everyone in the squad saying g’day to the bugger. South Sydney fullback Latrell Mitchell says, “Hey Quaden. How’re you going Cuz? We know you’re going through a hard time right now. But the boys are here and we’ve got your back. We’re here to support you bud.” 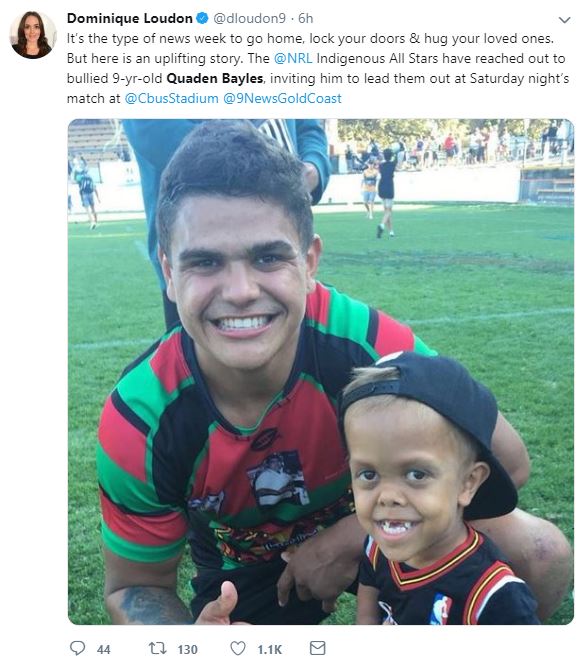 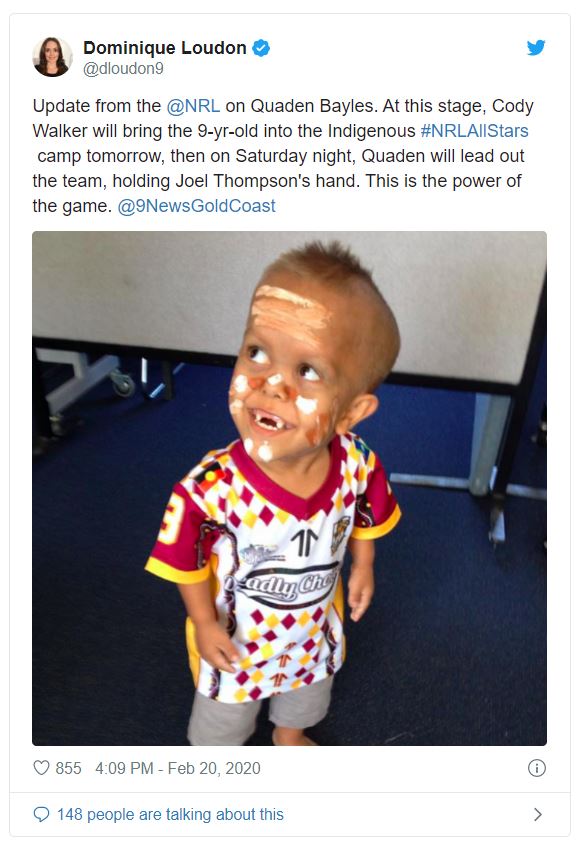 “It’s going to mean more to us than it will to you, bud. Just make sure you’re looking after yourself and hopefully we’re going to see you in the next couple of days.”

Even NRL Legend Jonathan Thurston got in on the act, telling Quaden to, “Stay strong,” and that he “is loved!” As things stand, Quaden’ll be there on the weekend, and he’s in for a bloody treat.
F***EN UPDATE!!! US Comedian, Brad Williams has come to Quaden’s aid, offering the family his support, trying to get him to Disneyland and hooking up meet and greets with various sports teams. Check this s*** out! 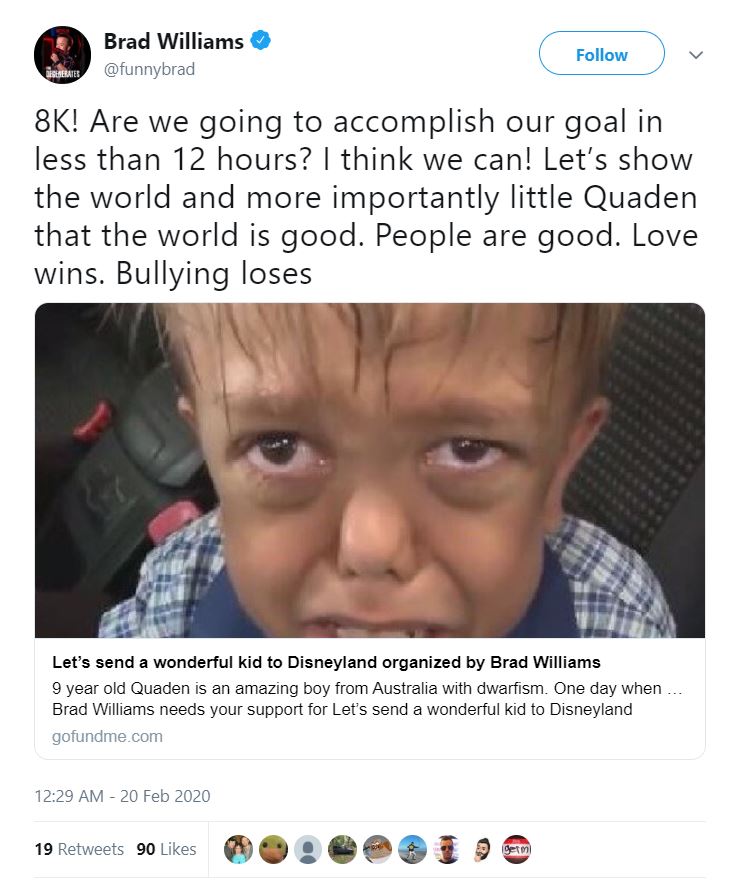 Final thought: This is f***en awesome for Quaden. All we can hope is that he realises how much he’s loved, and how much this s**t won’t matter in the future. He’s clearly a champion, and those other kids bullying him should be bloody ashamed of themselves. We can’t wait to see Quaden leading the line on the weekend. Plus, if you want to support Brad Williams’ GoFundMe, you can do so here!