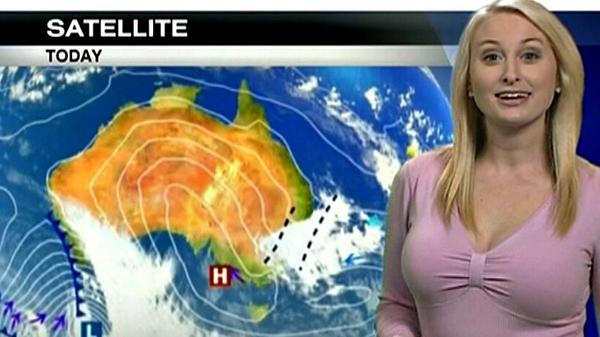 When you start kicking goals in ya career, it’s nice to look back and see just far you’ve come. And that’s what we are focusing on here today folks. A hardworking Ozzy girl, having a decent crack and working her way up the corporate ladder.

This is Jane Dunn. She’s an Australian Meteorologist and weather presenter for Channel Seven in Melbourne. But back in 2009, Jane was out bush, working for the Local WIN channel in Victoria. She was popular with the country folk, particular those legendary farmers that rely on her weather intel. 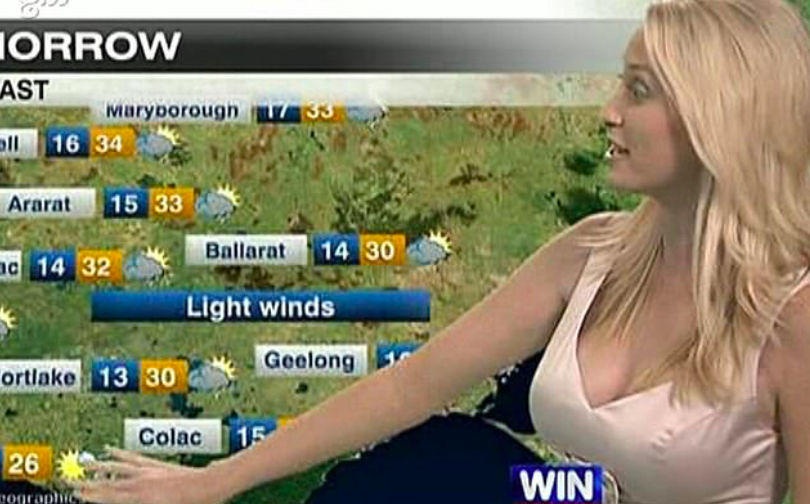 Most Ozzy’s will tell ya that out in the bush, things are a little bit loosey goosey and you get away with a little more than you might be able to in the big smoke. Lately the media has been focusing on Jane’s style revolution, rather than her career evolution. Folks have noticed that as Jane has risen up the corporate ladder, so too has her necklines.

As she moved into the big league, Jane received a rude shock. Yeah nah, during her audition with Channel Seven news, one of the producers was forced to interrupt her and offer some “advice”.

He whispered into her ear she was doing a great job, but needed to “take a step back from her mark because she was ‘covering Brisbane’.”

‘I’m getting a better idea, thanks to wardrobe, on what looks good on my body and what doesn’t,’ she said back in 2015. 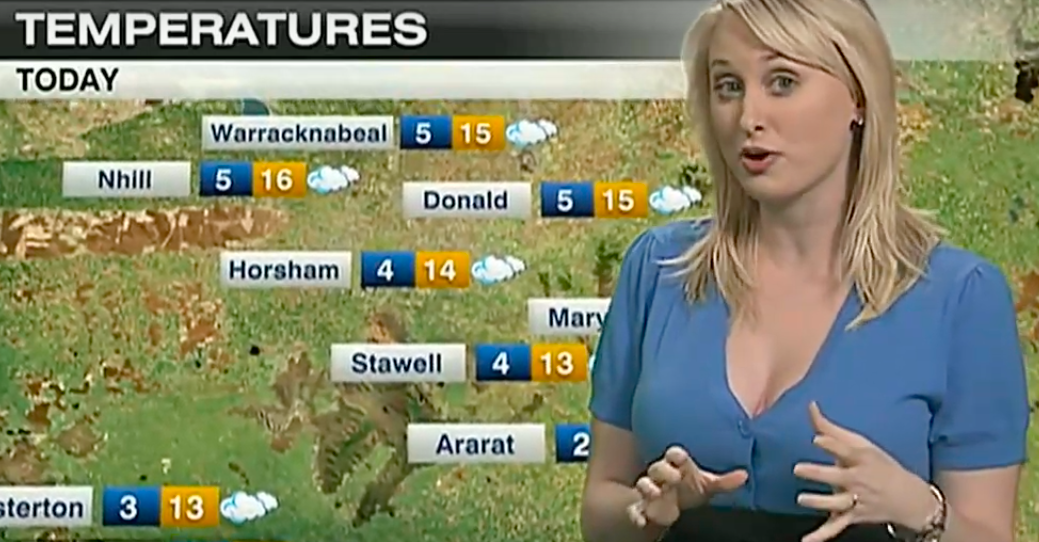 Jane has a Bachelor of Science at Monash Uni, majoring in Atmospheric Science and Mathematics. Jane was then selected to do a Graduate Diploma in Meteorology at the Australian Bureau of Meteorological. And that’s not enough, she also smashed out a Graduate Certificate in Journalism at Charles Sturt Uni. Bloody hell, Jane’s busier than a redback in an outback dunny. 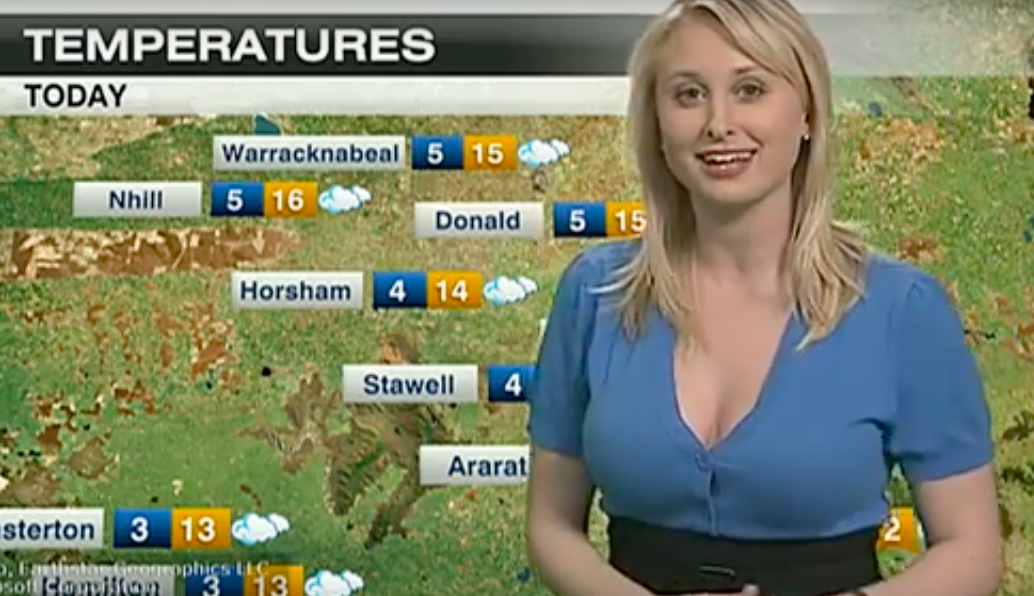 With all those qualifications under her belt, seems fair that we discuss what the women wears when she’s on the telly. Yeah, nah. That’s news apparently. 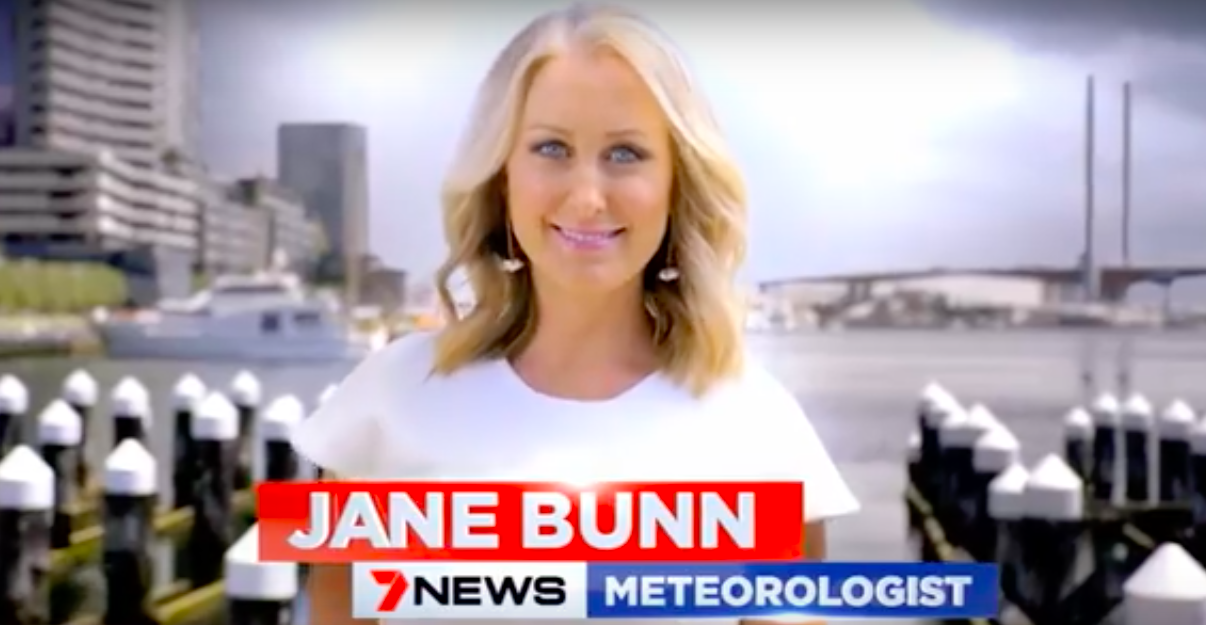 Looking more chic and professional as the years progress, just seems to me that she’s figuring out her style and rolling with it as she gets older. Ya can’t tell me that there’s still blokes out there rockin’ a HyperColour T-Shirt from the bloody 90’s. Bloody hope not anyway. 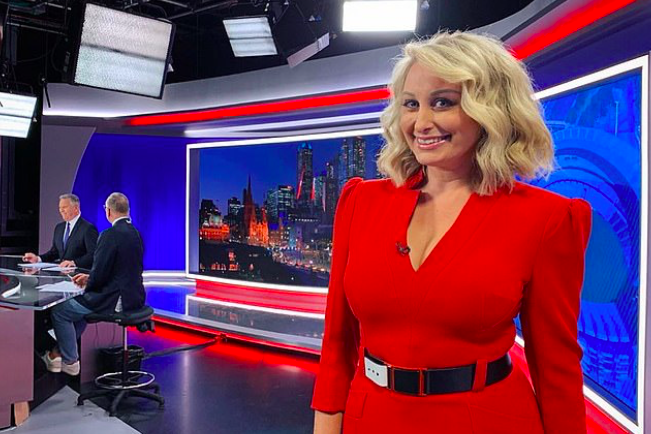 Seems weird to me that a smart sheila that has more diplomas than a cat has lives has to come under a bit of scrutiny for her clobber. I’m tipping the farmers back on the country telly channels loved her laid-back, country girl style, and the fancy pants Melbournians probably love her designer gear too.

In whatever ya doing you’ve gotta read the room. It’s not like I’m gonna head down to me local church and start dropping F Bombs and C Missiles am i? I reckon Jane’s just picking her audience ay. Good onya Jane, you’re doing a bang up job, now if you could just organise us some decent bloody weather, that’d be sweet.