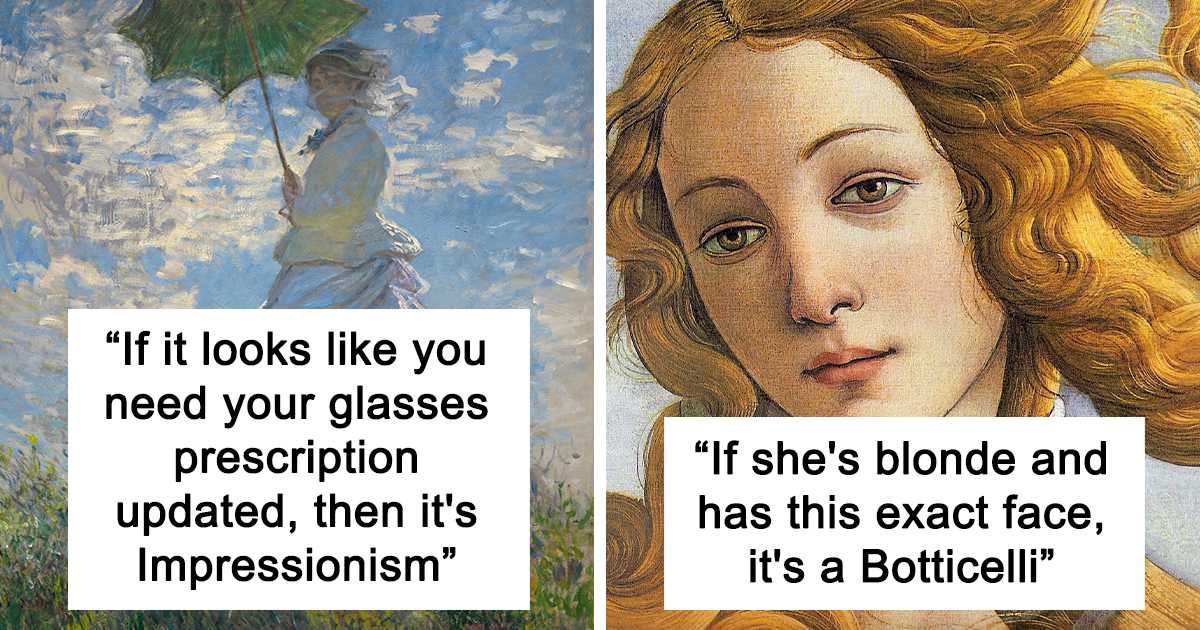 If you’re anything like us, you might be able to like and appreciate art, but you might also know f**k-all about it. Yeah, nah, don’t get us wrong, we bloody love looking at paintings put on canvas by the ninja turtles, but if you asked to explain how to tell them apart, we’d be on a hiding-to-nothing. Apparently, though, the s**t’s easy. You just need to check in with Melbourne sheila Mary McGillivray.

Mary has made a home for herself on TikTok, where she calls herself the iconoclass. She uses her space there to educate the masses about the world of art, but she doesn’t do it in a boring way. 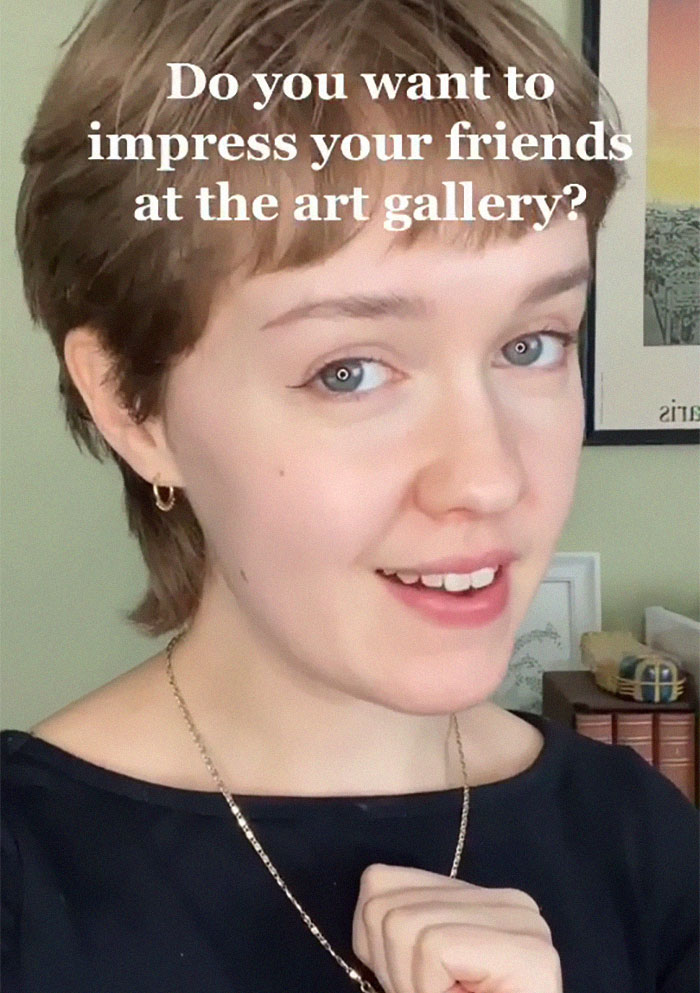 Instead, she gets out the banter and sets to work helping everyday bogans like you and I know our art from our arse. Have a squiz at some of her tips below to brush up on your knowledge. 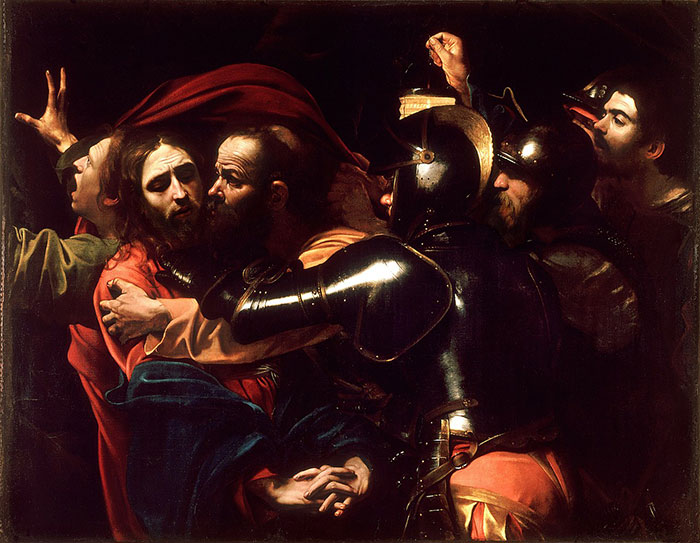 “If It Looks Like The Chaos After A Blackout Where Everyone Is Stumbling Around In The Dark Under One Solitary Emergency Light, It’s A Caravaggio”
The Painting: “The Taking of Christ” by Caravaggio 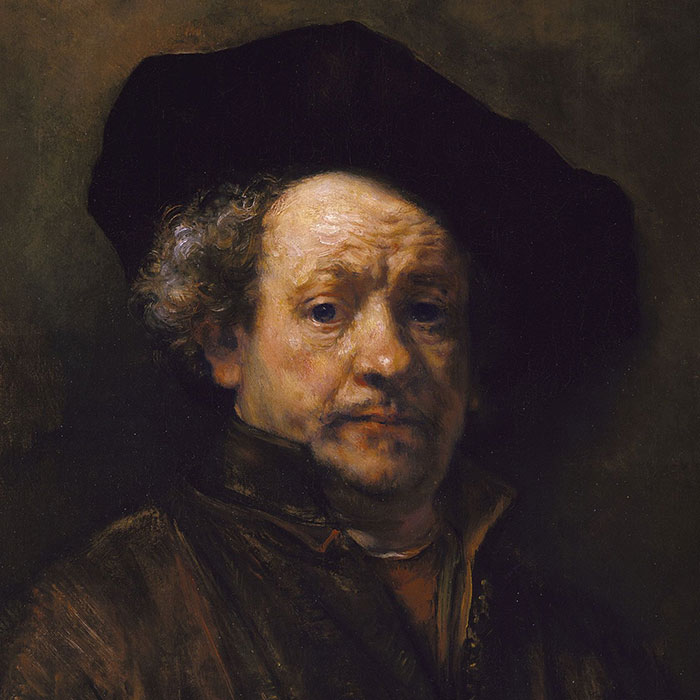 “If Its A Portrait Of Rembrandt, It’s A Rembrandt”
The Painting: “Self Portrait” by Rembrant 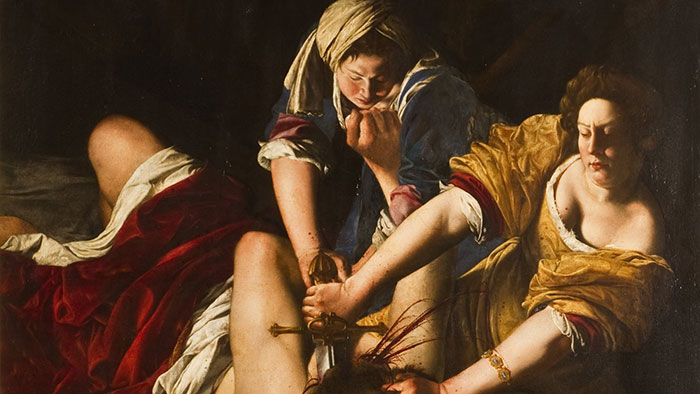 “If It’s Got Palpable Female Rage And/Or Vengeance – It’s An Artemisia”
The Painting: “Judith Slaying Holofernes” by Artemisia Gentileschi

“The story begins back in Australia’s first COVID lockdown in 2020—ah, memories—where I found myself stuck at home with nothing to do. On a whim, I decided to put my degree in art history and my skills as a professional video editor to good use and make TikToks to entertain myself. I had no idea people would like my jokes about homoerotic frescoes as much as they did, but 10 months later, here we are!” 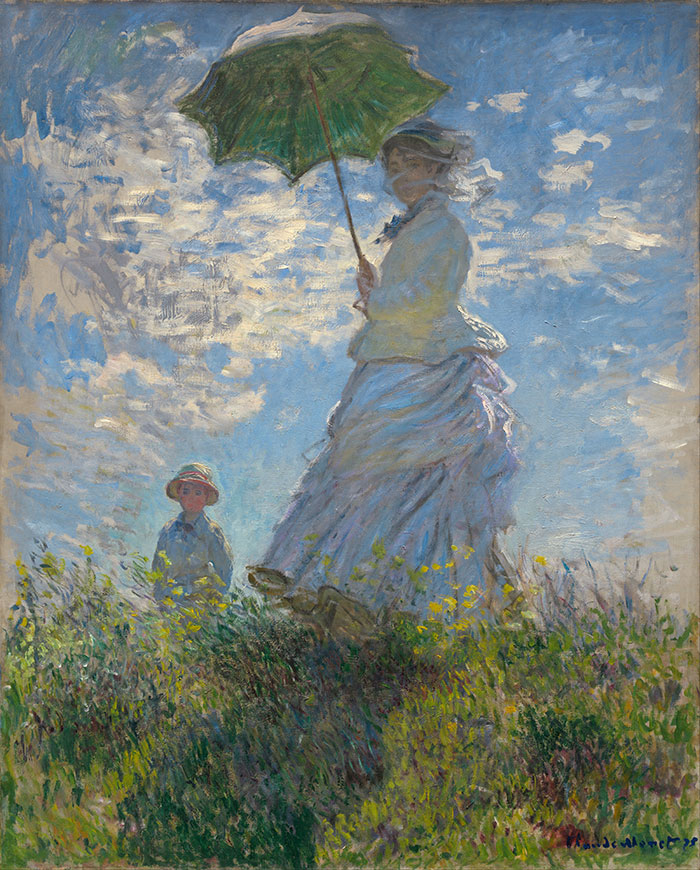 “If It Looks Like You Need Your Glasses Prescription Updated, Then It’s Impressionism”
The Painting: “The walk” by Claude Monet 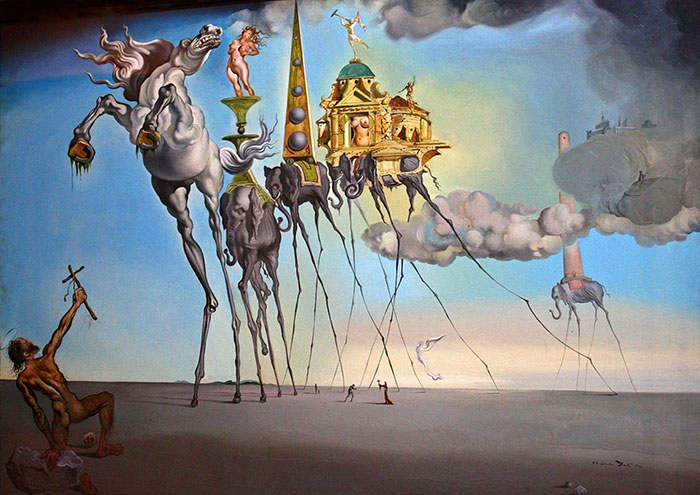 “If It Looks Like A Nightmare You Once Had About Being Stranded In The Desert Then Its Surrealism”
The Painting: “The Temptation of Saint Anthony” by Salvador Dalí 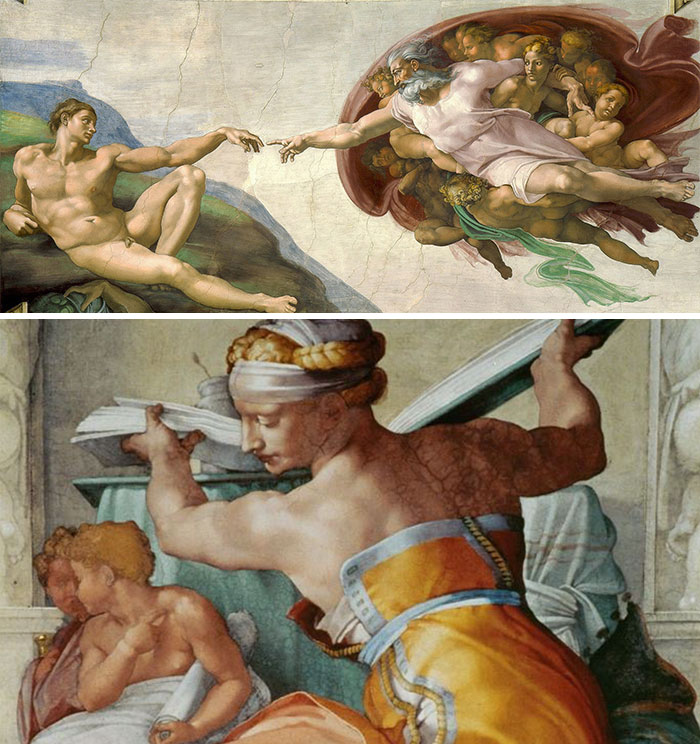 “If Everyone In The Painting Looks Unreasonably Jacked, Including The Women, It’s A Michelangelo”
The Painting: “The Creation of Adam” and “Prophets And Sibyls: Libyan Sibyl” by Michelangelo

Of course, she has an interesting view about art too. She reckons that if we can’t appreciate it, we might be looking at it wrong. 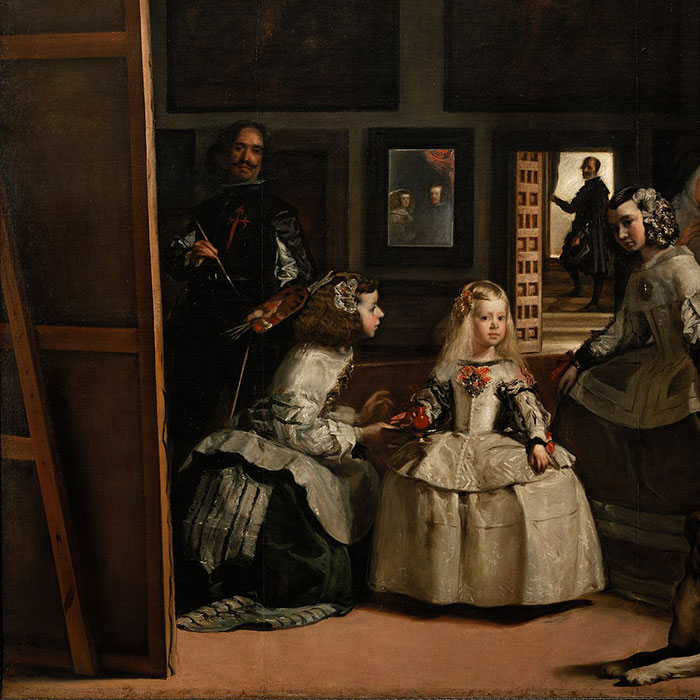 “If There’s At Least One Person Looking To The Camera Like They’re On The Office, It’s Diego Velázquez”
The Painting: “Las Meninas” by Diego Velázquez

“A lot of people think that art history is very serious and very important,” she says. “This leads to them feeling overwhelmed—or even feeling like art history isn’t for them. This isn’t true! I’ve said it before and I’ll say it again, art history is just old memes. Once we start to see the humour and the humanity in art, it becomes far less intimidating.” 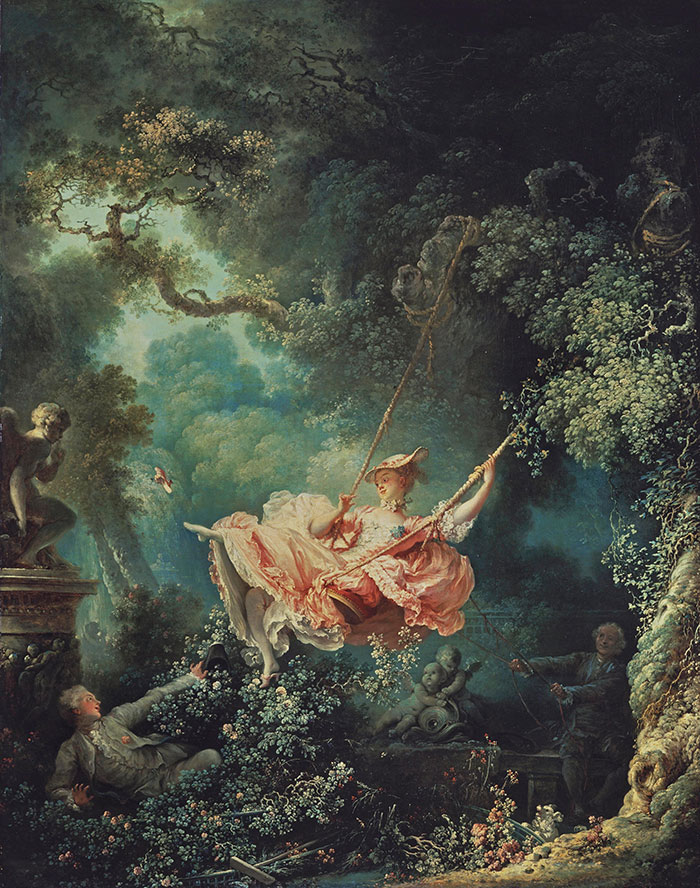 “If Its Got Rich People Frollicing Outdoors Then Its Rococo”
The Painting: “The swing” by Jean-Honoré Fragonard 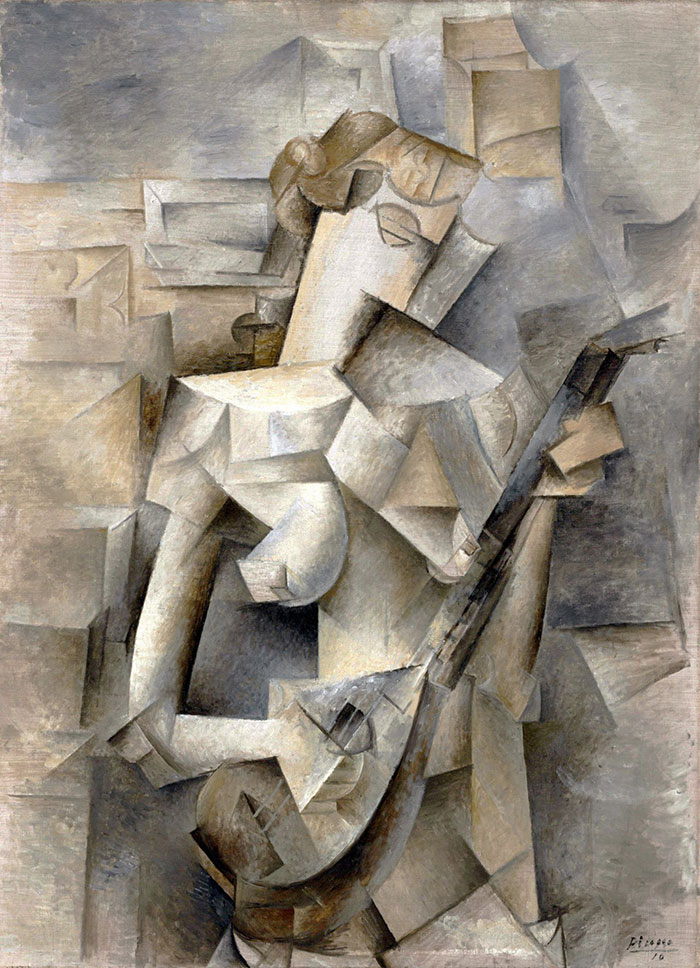 “If It Looks Like A Tupperware Drawer, Then It’s Cubism”
The Painting: “Girl with a Mandolin” by Pablo Picasso

“If She’s Blonde And Has This Exact Face, It’s A Botticelli”
The Painting: “Figure of Flora”, “Portrait of Venus” and “Portrait of Simonetta Vespucci” by Sandro Botticelli

Final thought: Yeah, nah, we love it. Art’s bloody good stuff when you think about it. Deadset, any bit of free education about classic art is worth taking, so bloody jump on this and brush up your knowledge. At the very least, it might help you win a trivia night at the local tavern. Seriously, though, this Top Sheila award is all yours, Mary. Good s**t!