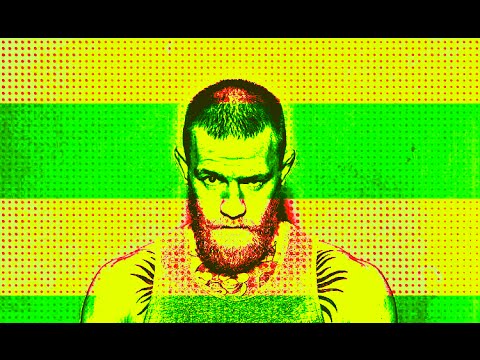 Here’s a written critical analysis of what’s been going down with Conor McGregor and the retirement announcement.

Ok, so I’ve been asleep during this frenzy that McGregor has kicked off via Twitter.

8 hours earlier (imagine a title card that says that, like a movie flashback). McGregor tweeted this:

I have decided to retire young.
Thanks for the cheese.
Catch ya's later.

It’s very easy to be dismissive about this initially and see it as just a prank, bro. However…

Dana White has released a statement on the official UFC website about an hour ago that gives a bit more detail as to how this has happened. Apparently, McGregor was pulled from the UFC 200 fight card (where he was set to have a rematch with Nate Diaz) because he didn’t want to do media appearances and press conferences.

I gotta say, it seems like a very safe or mundane reason to throw a highly anticipated fight down the shitter. The dispute surely has more depth than that.

Is McGregor’s retirement simply due to being told off for breaking his contract and not attending mandatory media events?

Has it now escalated to an ego clash between White and McGregor? The president not wanting to look like he favours McGregor by letting him off the leash when other fighters have to do press shit, yet McGregor biting back and saying “yeah nah don’t keep me on a leash ey.”
Fuck, it probably could all be that simple.

This excellent video by MMA Digest on YouTube shows Joe Rogan’s initial reaction and some more info. Have a watch:

I believe that video was whipped up before UFC revealed McGregor had been a naughty contract breaker.

I guess McGregor has pulled the trump card on them for telling him off. Maybe he truly doesn’t give a fuck about the money on the table for this rematch. He’s happy with what he’s made, so has no worries about quitting the UFC.

If you see someone die in your profession…there’s no way that shit doesn’t play on your mind.

Plus…he would hate to lose to Nate Diaz AGAIN. There would be some insecurity over that. He’s not going to do what the bosses tell him to do when he’s putting his personal reputation on the line. He wanted to train and stay as focused as possible this time, not go on Conan to do fly kicks for the studio audience.

I suppose there could be a convergence of reasons behind McGregor’s decision.

I’d say UFC won’t budge and try to entice him back into fighting Nate Diaz, they’ll likely just find a replacement. Business as usual for them. Fight cards chop and change all the time.

He’s definitely one of the main reasons I started to love the UFC last year. I think he’s a bloke that sticks to his word, so yeah, my overall critical analysis is that this is not trolling.

I have a fuck load of respect for the bloke, even more so for quitting when there’s so much money on the table. It shows he does shit for the right reasons first and foremost.

Anyway. We’ll see if my words backfire on me if this does turn out to be a publicity stunt…