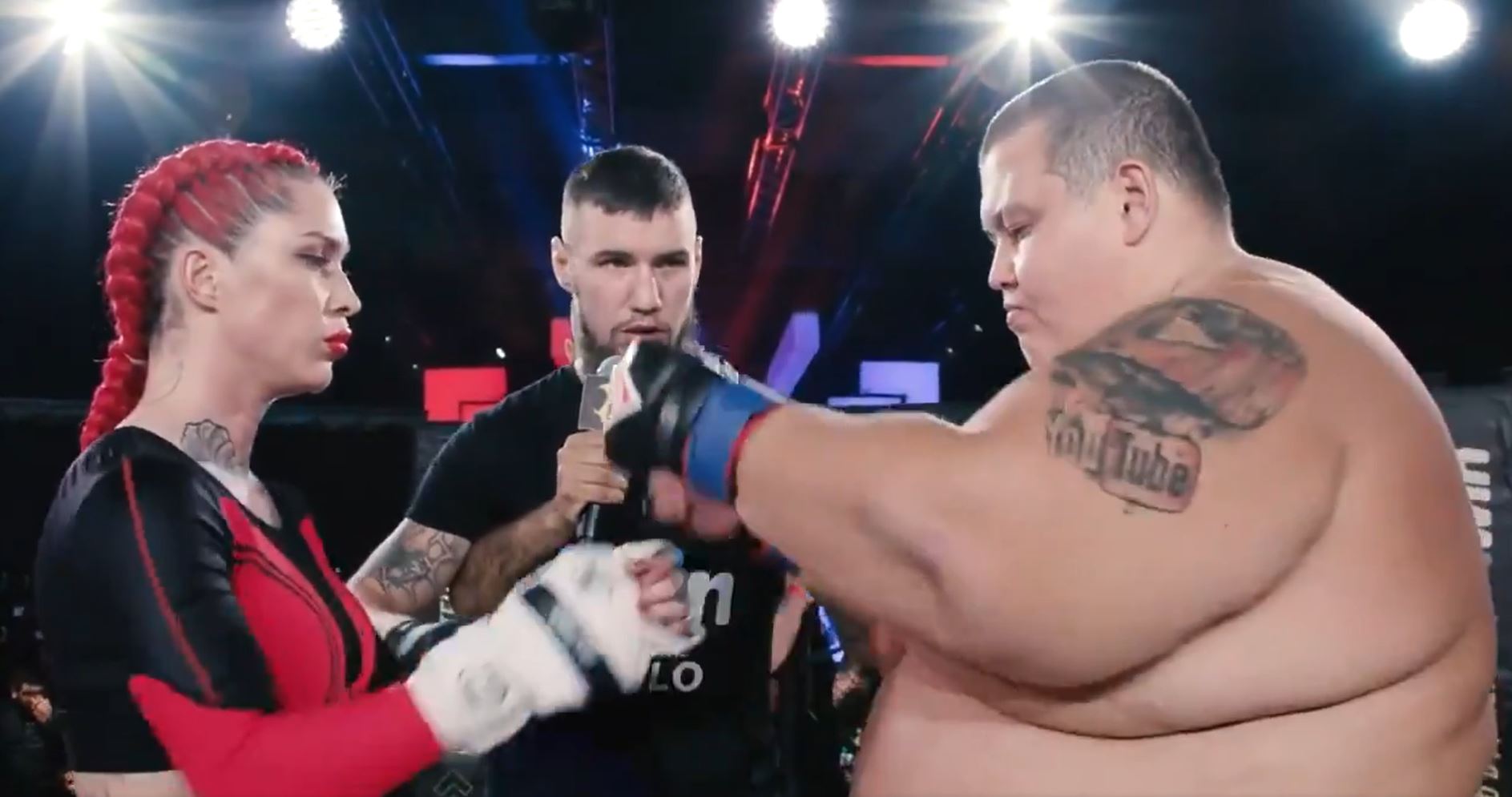 It’s been a while since we got some good content from Russia, and that’s a bloody shame. Yeah, nah, those legends are usually chocking up the internet with great content, so after a bit of a drought, we have to say we were excited when we found out they had a new video to watch. That’s because this particular video is an MMA video, and pretty much could only have happened in Russia. It features Darina Mazdyuk, a 62kg sheila, fighting a humongous YouTuber. Check it out…

Yeah, nah, we know there’s probably some pretty interesting context behind this, but there’s a lot to consider here. First of all, what are the ethics? Regardless of where you stand on feminism, we’re pretty keen on the convention that you don’t hit chicks. 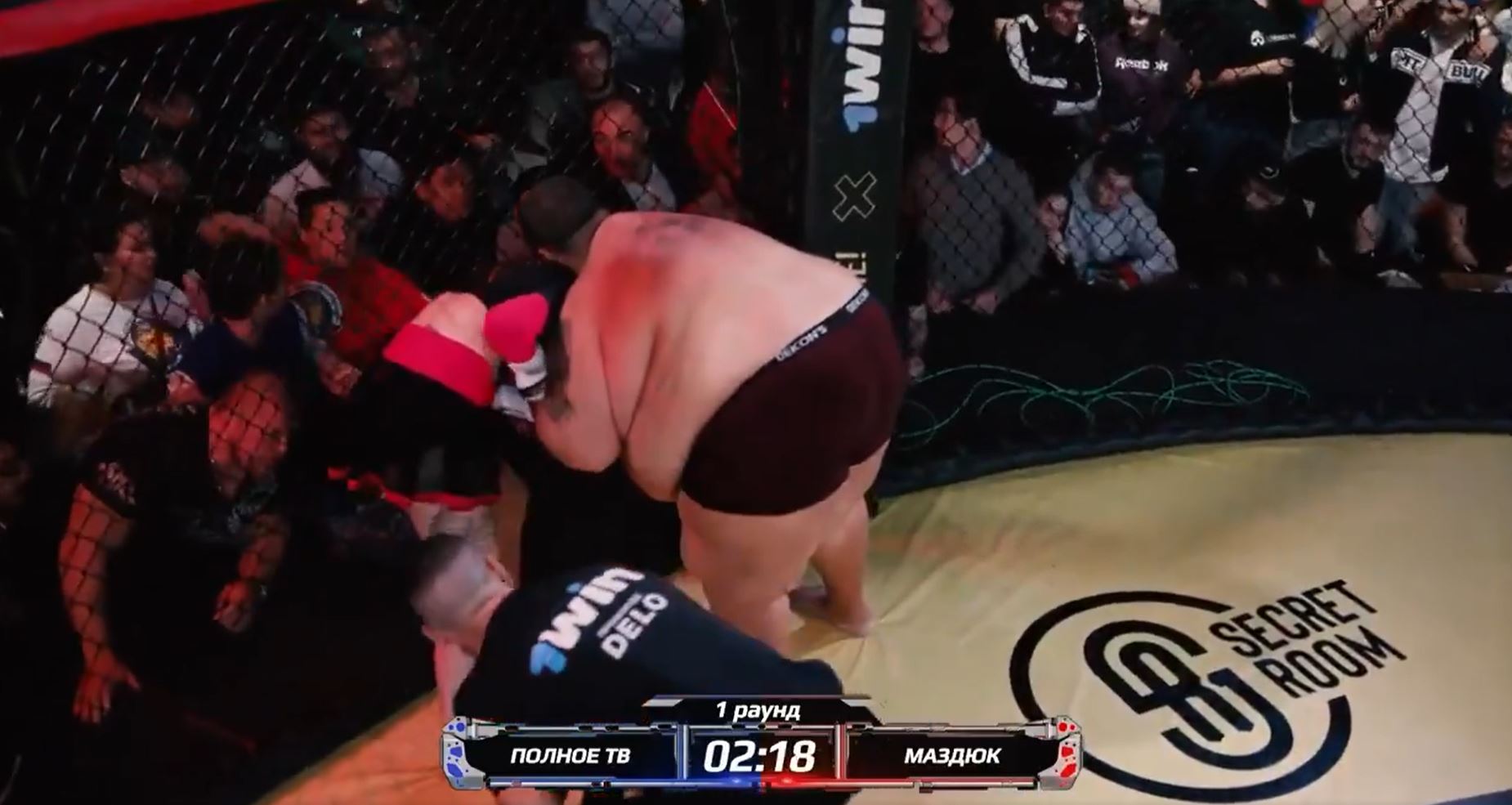 Obviously, though, Mazdyuk could probably beat the s**t out of us and several of our mates. She’s also keen to throw down. After all, she wasn’t forced into fighting the bloke. That we know of. It is Russia, after all.

On that note, the bloke in question is Grigory Chistyakov. He’s a YouTuber, and he’s a big lad. Still, he’s trying to lose some weight for his health. Apparently, he’s doing that by fighting MMA. Against chicks. We’re not sure whether it’s a fetish or not, but let’s be honest, it probably is. 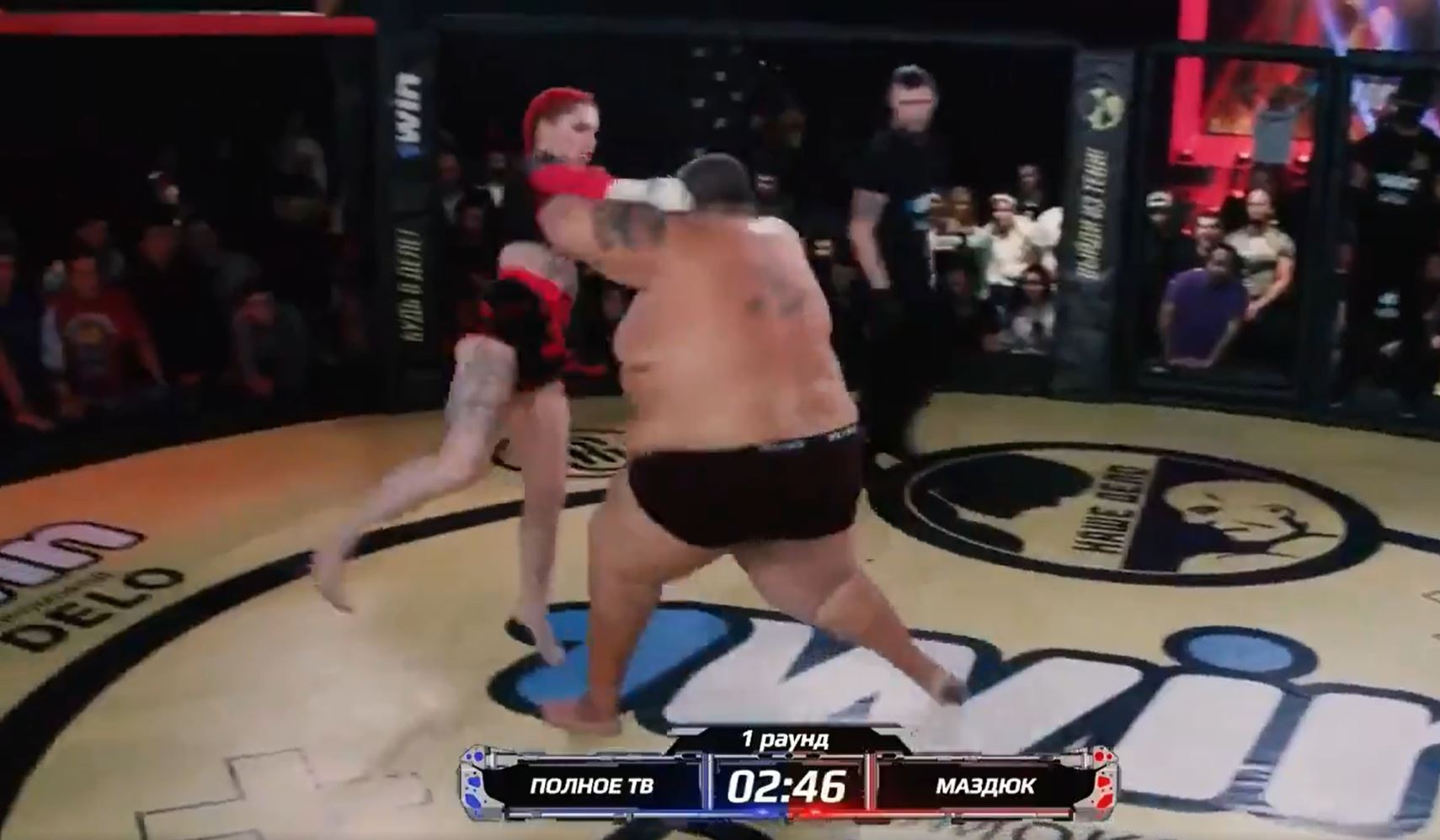 Once things kick off, it has a bit of a Wolverine vs the Blob vibe, but when Chistyakov gets Darina against the ropes and holds on for dear life, you’re thinking it’s not gonna be her lucky day.

And then the tide changes. One the ref separates them, she starts landing a few beauties and old mate falls like a f**ken oak tree. Bloody Mazdyuk doesn’t let up, though. She f**ken keeps punching him. It’s savage. 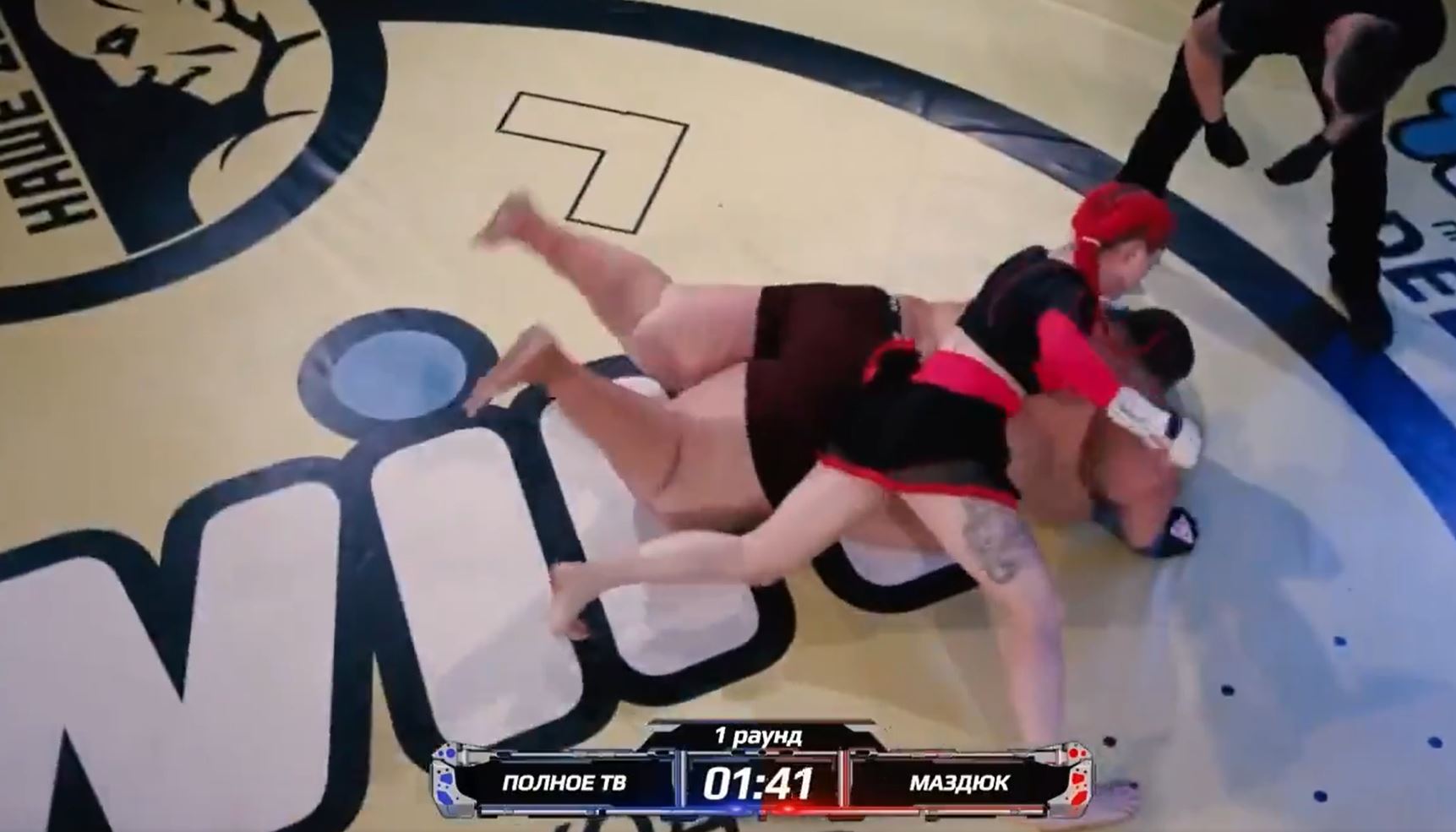 And then, after she’s declared the winner, the best bit. She f**ken poses for a photo with a foot on old mate’s belly. She’s the victor and he’s the vanquished behemoth. 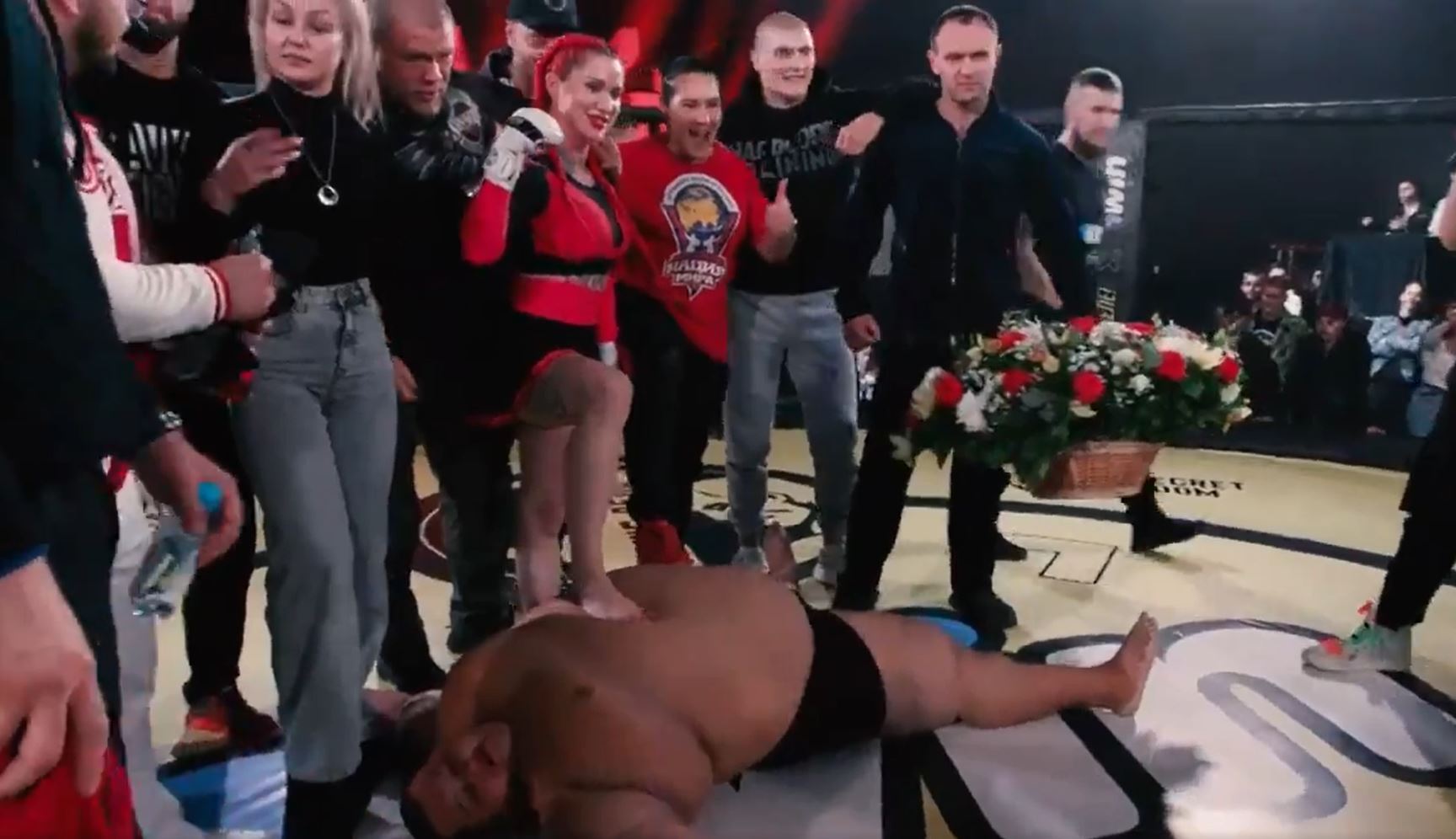 Final thought: One aspect of this we haven’t touched it on is that some are saying it’s not a good look for the MMA. What are your thoughts on that? Let us know.