Rightio, let’s start this one off simply, ya big bloody bewdiful legends. One Ozzy Dad. One massive f**ken scrub python. One son in danger. Regardless of your thoughts on animal cruelty, conservation and the environment, you have to say that there are times when extreme action is necessary. This story is about one of those moments…

So, yeah, we know you know this, but we’re gonna put it on the record again, we f**ken love the wildlife in this great country. All of it. Even the snakes. And under normal circumstances, we’d be f**ken mortified if we saw someone killing a snake. They are, after all, just trying to be snakes. 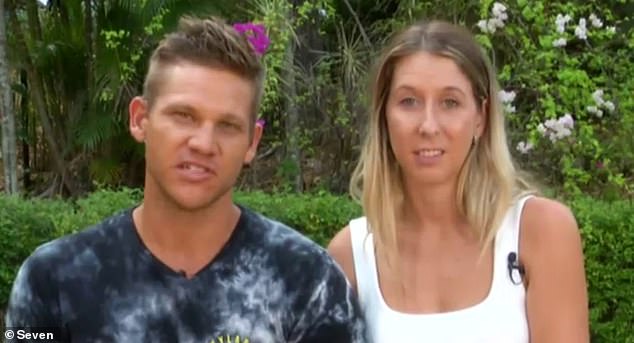 But, the one time that we’ll always go with the side of human life is when innocent little tuckers are in danger. Poachers and s**t can get go and get f**ked, but a little whippersnapper only as tall as a dingo’s dick. Yeah, nah, extreme times call for extreme actions. 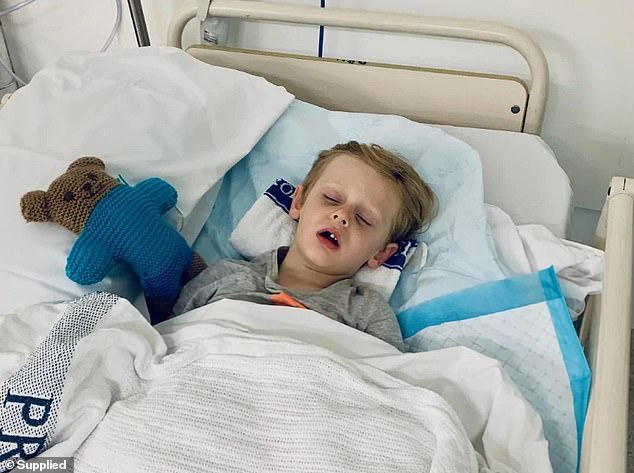 If you don’t know about our scrubbies, they’re our biggest f**ken pythons. They’re not venomous, but they can grow bloody huge. Their main sources of prey are bats, birds, possums, and other small mammals. This one’s obviously been a hungry f**ker when a small mammal crossed his path in a suburban backyard. 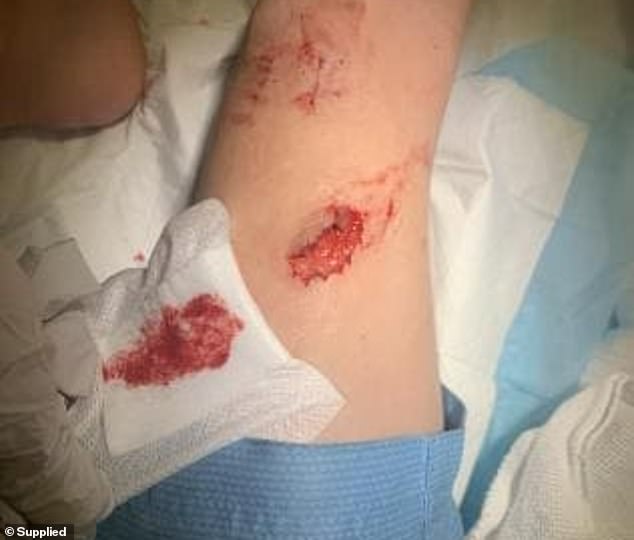 That small mammal was Clifford Thompson, and this little legend is gonna know that his Dad really is a f**ken hero. During their housewarming in Airlie Beach in Queensland, the snake struck. His Dad, Evan, saw the snake with its jaws locked on his little fella, trying to drag it into the bushes so it could finish the job. 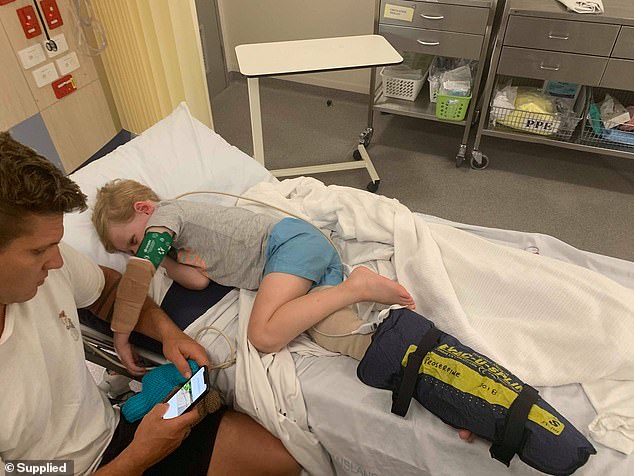 He told Sunrise, “Clifford was holding onto the side of the boardwalk and it was pulling him, literally, pulling him under. I ran straight up and punched it at that stage and it let go, but as soon as I let go, it curled right back up and bit him again. So I grabbed it, pretty much, as hard as I could and just bent it back to get it off him. That thing wasn’t going to eat my child.” 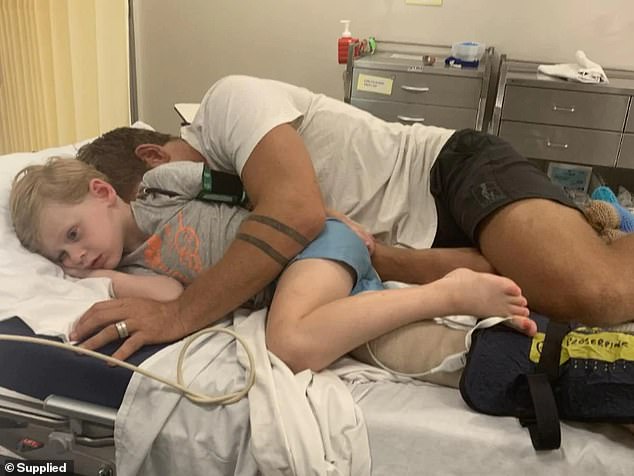 Too f**ken right, Evan. We’d be the same and we’re stoked you were there.

“I punched it in his head and it let go, but within a second or two, it bit him again on the upper right leg, a bit higher than where it got him initially, and it started pulling him off the boardwalk into the bush where it probably would have liked to wrap him up. 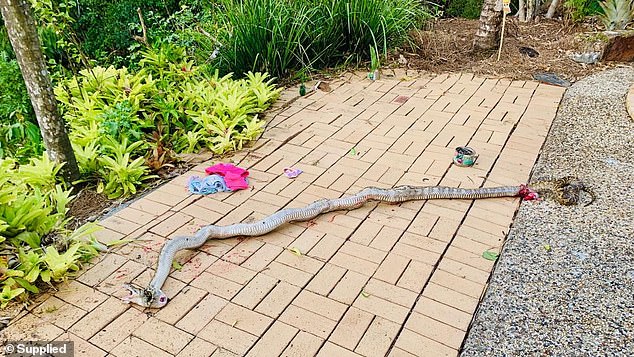 “At that stage, it was dragging him backwards and I could see what happened to his leg and it was starting to open him up, and then I knew it just wasn’t going to let go, it was too strong, and that’s when I grabbed it and grabbed its jaw and try to pry open as hard as I could. 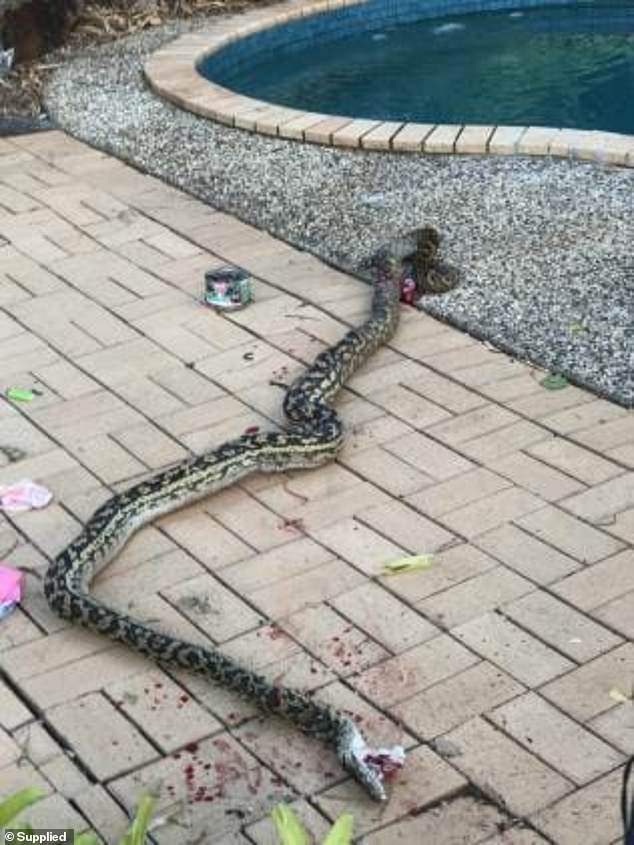 “Luckily he got his leg out and he ran up to the gate on the boardwalk trying to get away, and that was great, but as the snake fell back down in the garden, it just slivered straight back on this side and tried to get at him.” 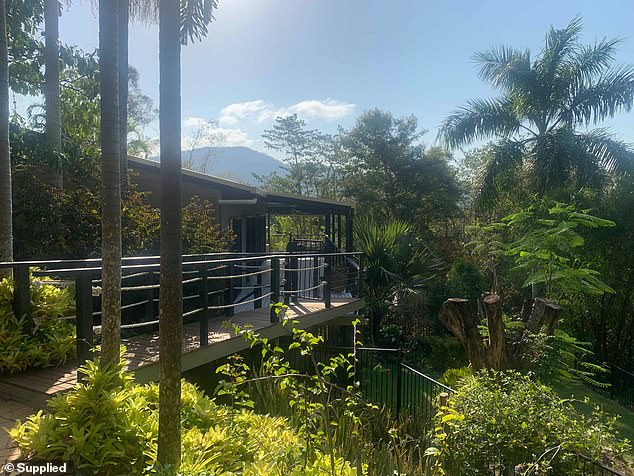 The house where it happened. Credit: Evan Thompson

Obviously, there’s a question there as to whether or not the snake could have been allowed to live at that stage. We’ve gotta be honest. We’re with Evan. They’re bewdiful creatures, but this one had to go.

“If it had let go of my son when I first punched it I might have let it go but it was so aggressive I couldn’t go to work with this thing crawling around my house. I’ve dealt with snakes before but nothing like this. It would have been 15 foot. I have a three-year-old daughter as well, we’re just glad it didn’t grab her.” 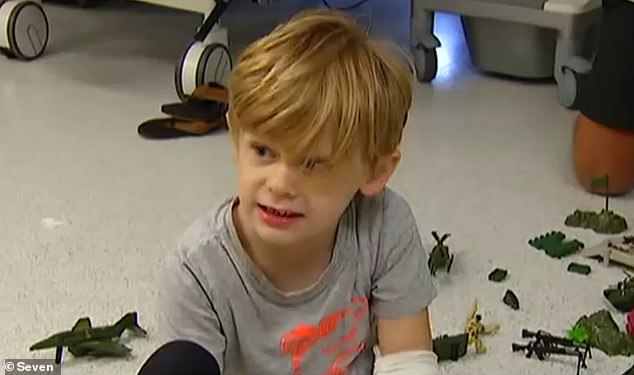 As for Clifford, he’s a tough little bugger, and he’s recovering well. Considering he’s probably gonna have a good scar from the bite, we reckon he’s gonna have a f**ken sick story to go with it.

Final thought: This is the kinda incident that’s always a little bit controversial, but we reckon in that circumstance everyone would do what Evan did. After all, if the snake knows there’s a food-source there, and it’s not scared to have a crack at an innocent little kid, it’s signed its own warrant, right? Let us know your thoughts in the comments section.

Mate, it’s well and truly established that while there are plenty of top blokes doing the rounds, most fireys are right up there at the tip of the top of the pinnacle. F**k yeah, they do awesome s**t for a living, and...

Rightio, blokes and blokettes, have we got a bloody treat for you today! In the past, we’ve seen some great battles, but today, we’ve got two contenders from the world of the creepy crawlies going head to head. In one...

If you’ve been on social media over the last few days, you’d no doubt have seen some images of Steve ‘Bloody Legend’ Irwin’s son Robert feeding one of Australia Zoo’s crocodile in the same place his old man used to. I...