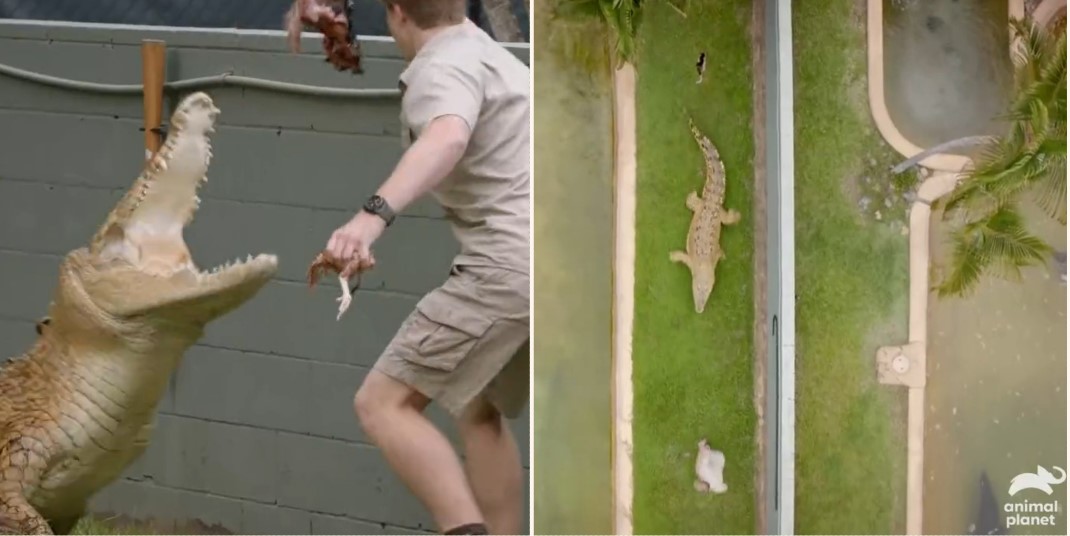 Those of us who remember Steve Irwin remember him as a bloody legend, but if there’s one thing we all know about him, it’s that he knew when to run like f**k! Now, in further evidence that young Robert takes after his old man, we have evidence that he knows the same thing. In footage released by Australia Zoo, you can watch the young bloke s**t his britches and f**ken leg it!

Before we get cracking on this, let’s be really f**ken clear. There’s no shame here. We reckon Robert is every bit the legend his old man was, and if you ask us, playing with crocodiles is only okay if you’ve got a legitimate understanding of when it’s time to bail bail bail! 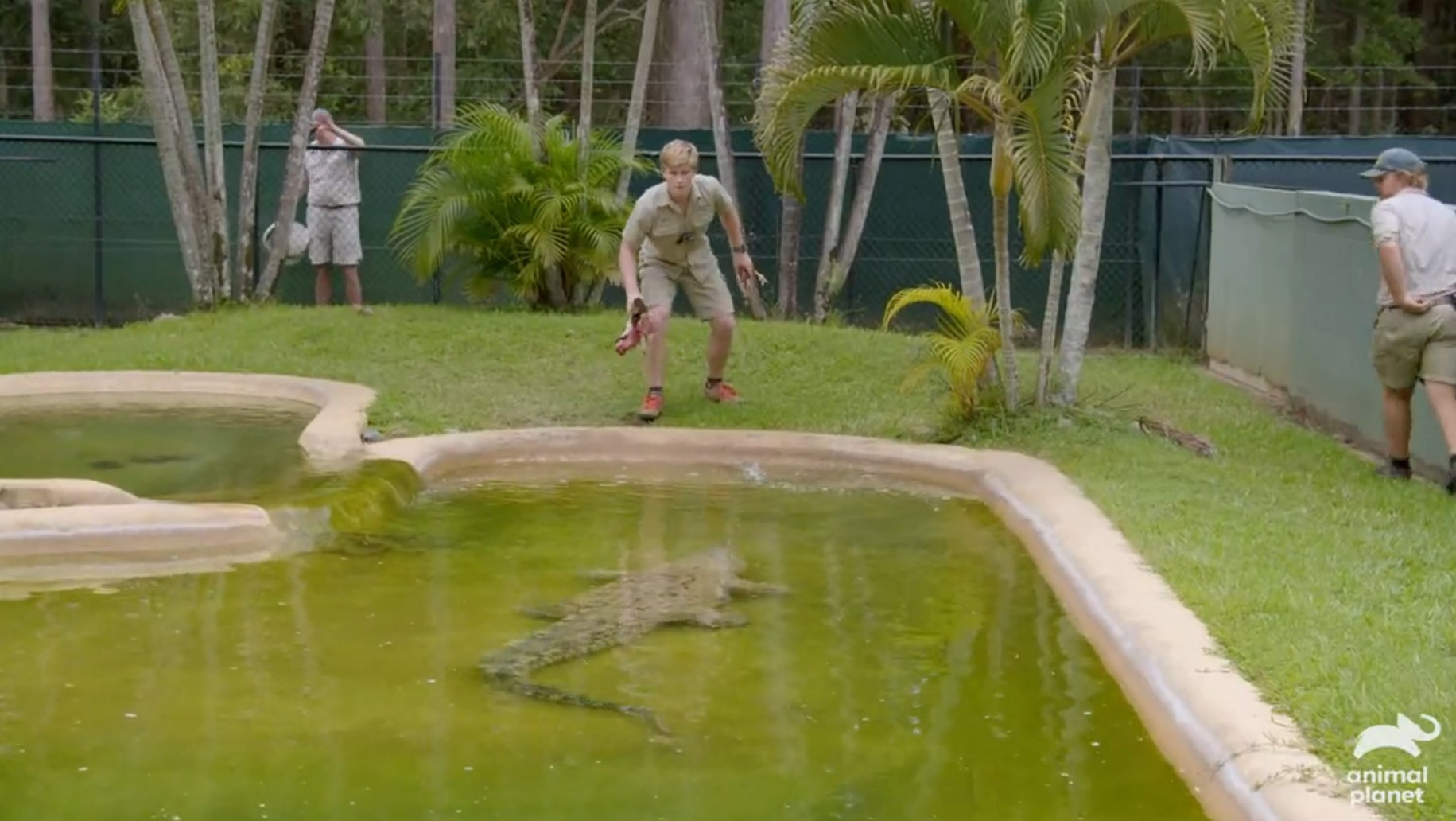 Anyway, we’re waffling, let’s get to the story. Robert and his crew were checking up on the zoo’s ‘wildest’ croc, Casper, and seeing if he was ready to make an appearance in the Crocoseum. In the vid, Irwin says, “”If he’s coming out of the water giving big strikes, that means he’s gonna be ready for the Crocoseum show. Casper has such a wild behaviour, and since Dad first got Casper, he’s had that instinct.” 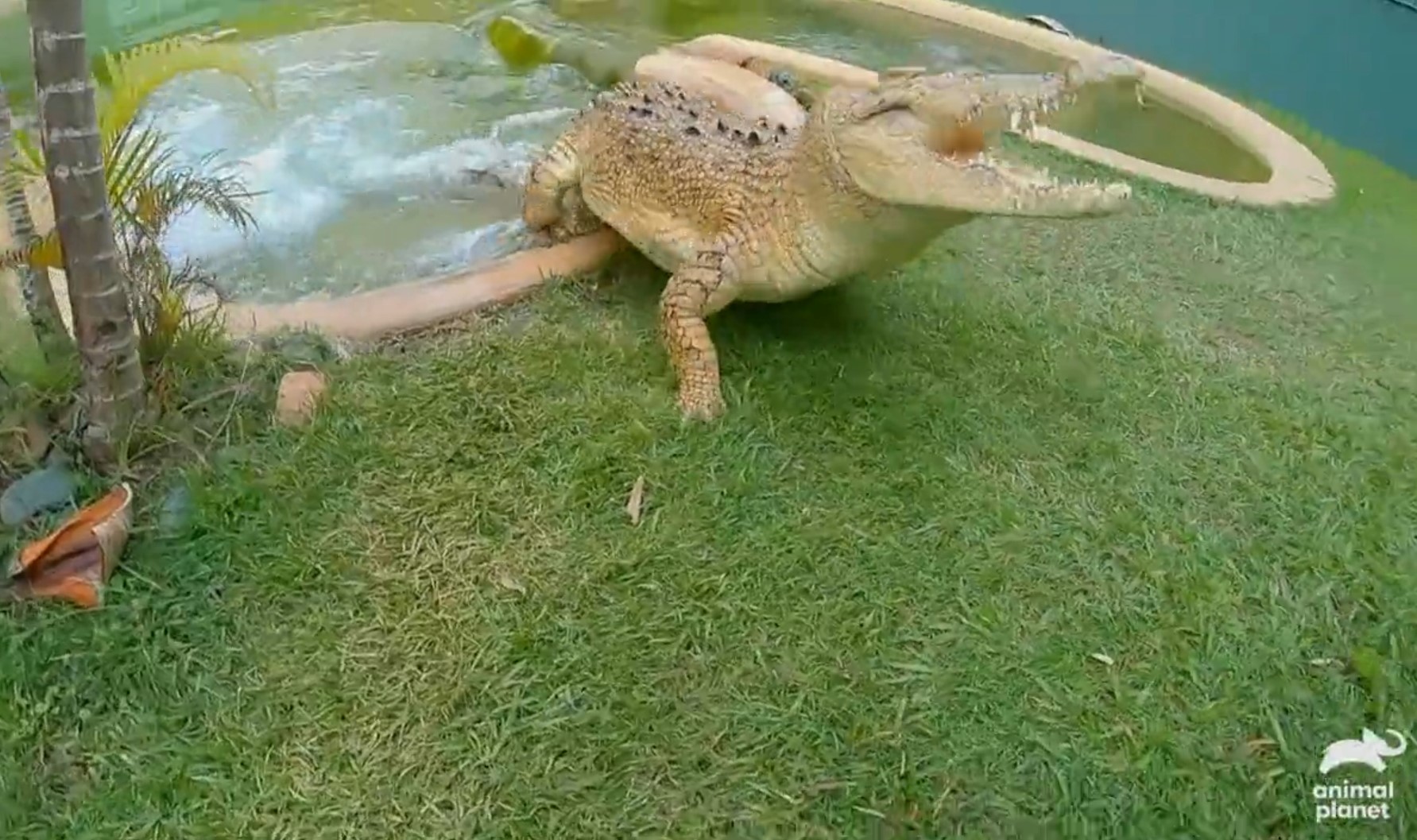 Evidently, the croc still has that instinct. He leaps like a bloody champion. Then, it becomes quickly apparent that he’s not that keen on the food. Yeah, nah, he’s got something else in mind. 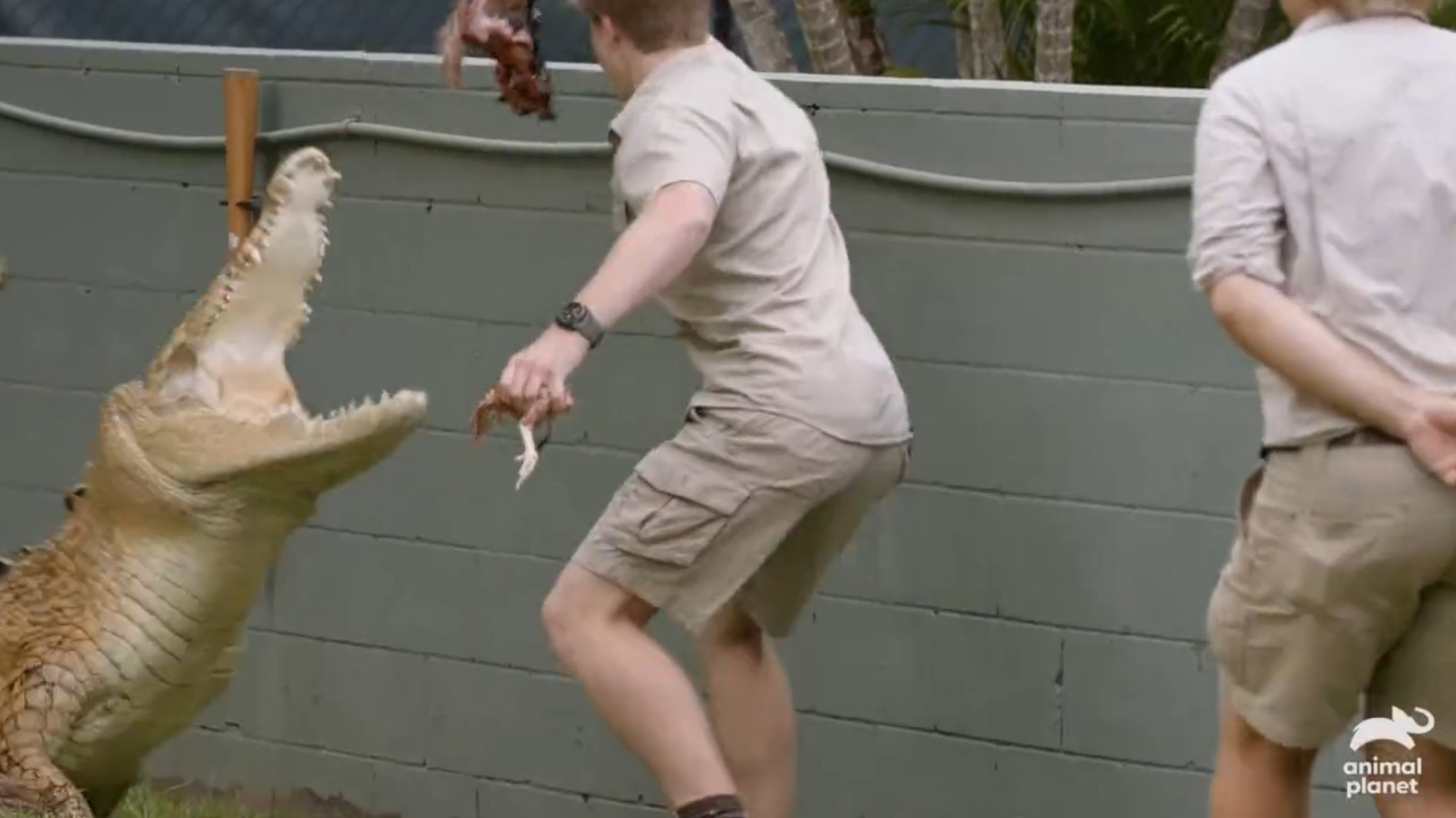 As the croc dodges the first hunk of meat offered, Robert throws the next hunk at him, hoping it’ll get him to back off. It doesn’t, leaving him to tell the crew to BAIL BAIL BAIL! BAIL BAIL BAIL! 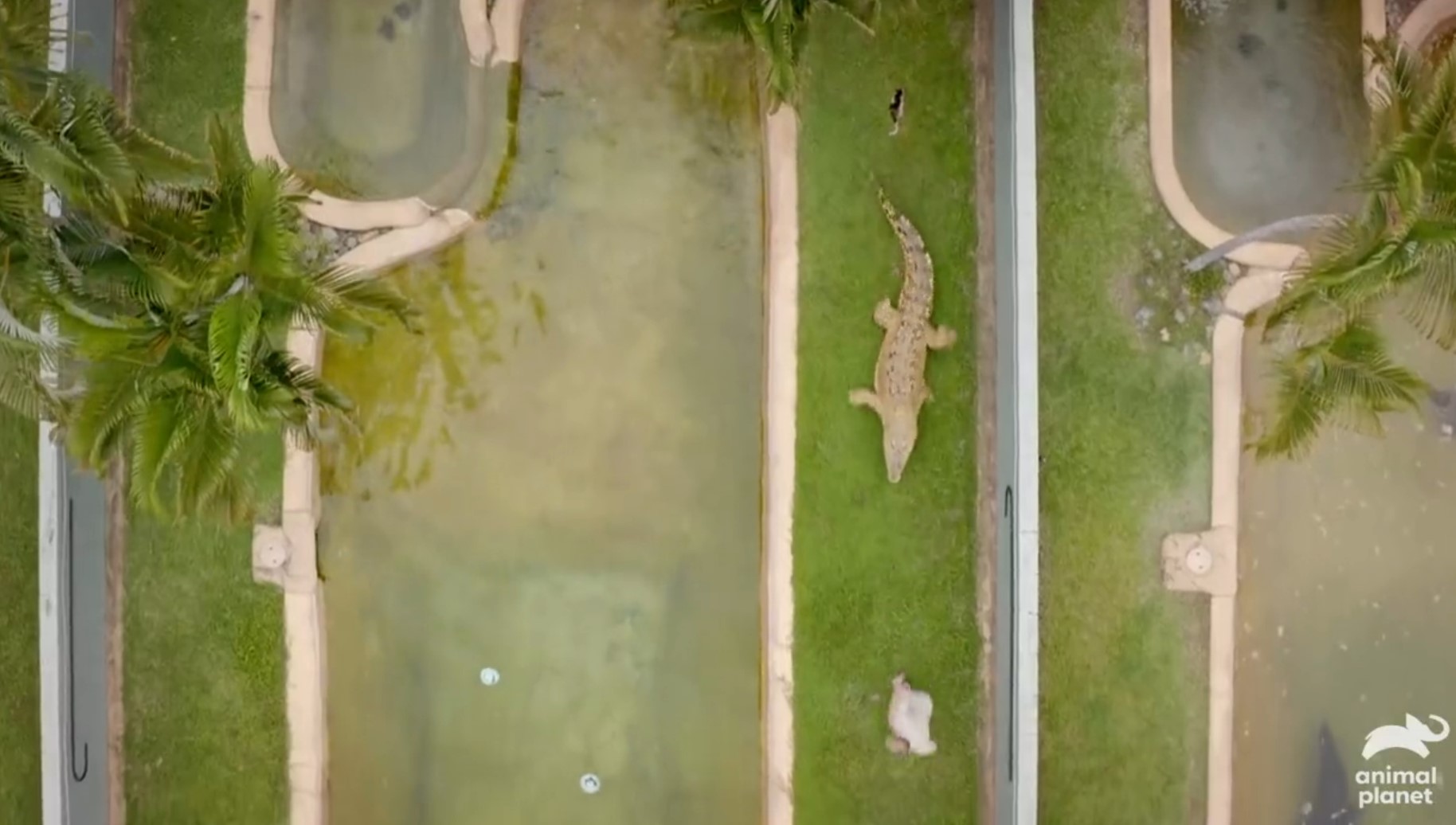 It’s a moment that shows how much goes into looking after the crocs at the zoo – and like so much of Robert’s work, it’s another moment that’s got shades of his old man.

Final thought: We say it every time, but we legitimately reckon Robert’s done a lot to make Steve proud. We bloody love that. Give the vid a squiz and let us know how you’d react if you were in his position. Cheers!

Don't miss the season finale of Crikey! It's #TheIrwins tonight at 8p, and streaming now on @discoveryplus: https://t.co/Nqqh1CY22T pic.twitter.com/WTWDHDYLv6