Yeah, nah, we know the US is bloody brimming with crazy news right now, but although plenty of it’s pretty unusual, the best thing to come out of there lately is the footage of a bloke rollerblading on the highway. The bloke’s wearing nothing but his blades and a panda mask. Oh, and he’s carrying a golf club, but other than that, we know f**k-all about him. Check it out…

Deadset, we were pretty certain the fact the US Government has officially named its ‘space army’ the Guardians and revealed their logo is a straight-up Star-Trek rip-off, was going to be the best offbeat news to come out of there today, but nah, we were wrong. 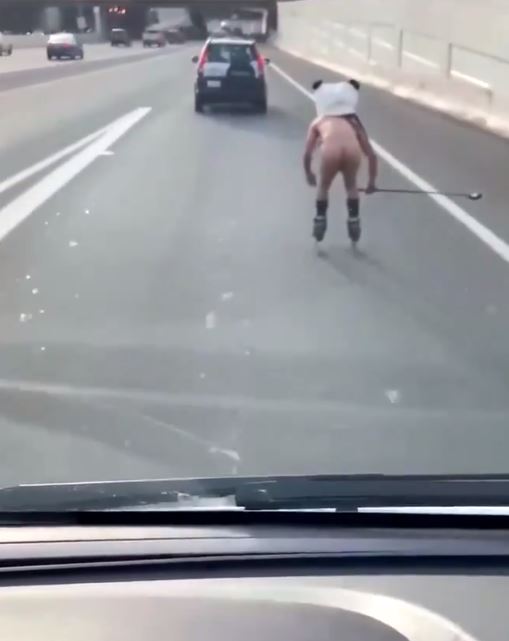 To be honest, we should have known better.

With that said, it’s a local we’re focusing on here, so let’s get to it.

As you’ll see in the video, this bloke’s made his way to the highway. He’s in his birthday suit and his furry helmet, but other than that, we’re lost for context. He’s got a golf club, so he could be on a revenge mission. 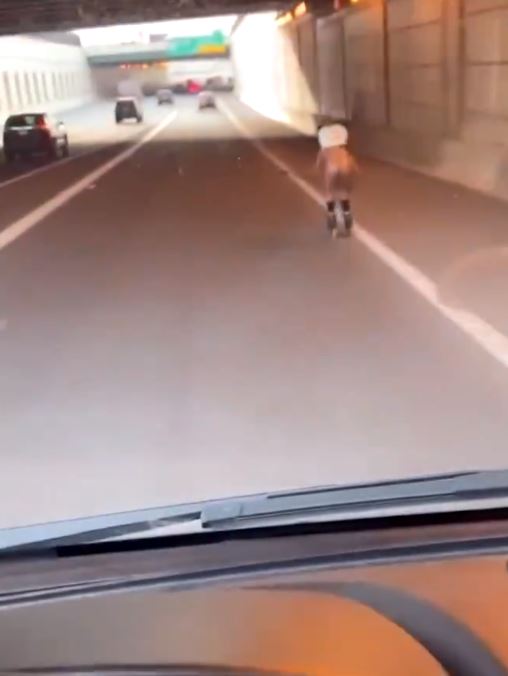 We kinda like that idea. We reckon it’s gotta be a pretty intense story to drive you to this, but maybe when he gets to his destination, he’ll have to fight his mortal enemy.

Still, it could also be a stitch-up, a bet, a bloody Jackass video. Who knows! 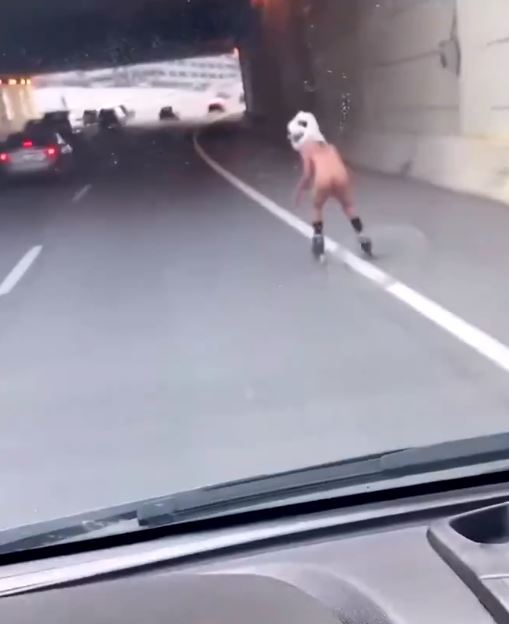 Of course, the people filming the video are just as baffled as we are. What we can say, though, is that this mother**ker can move. Seriously, watch him go. He’s pretty quick. It must be the aerodynamics. 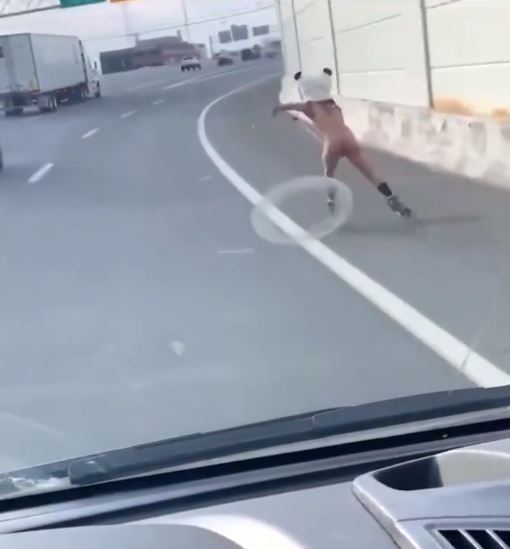 Final thought: Look, let’s not beat around the bush. Just tell us how this dude came to be in that situation. Load your thoughts into the comments section, and let’s have a bloody laugh!

This is in Columbus, Ohio. Someone posted this on Facebook. Covid has people going crazy 😫😱😢 pic.twitter.com/SmFLo6Z8Ec