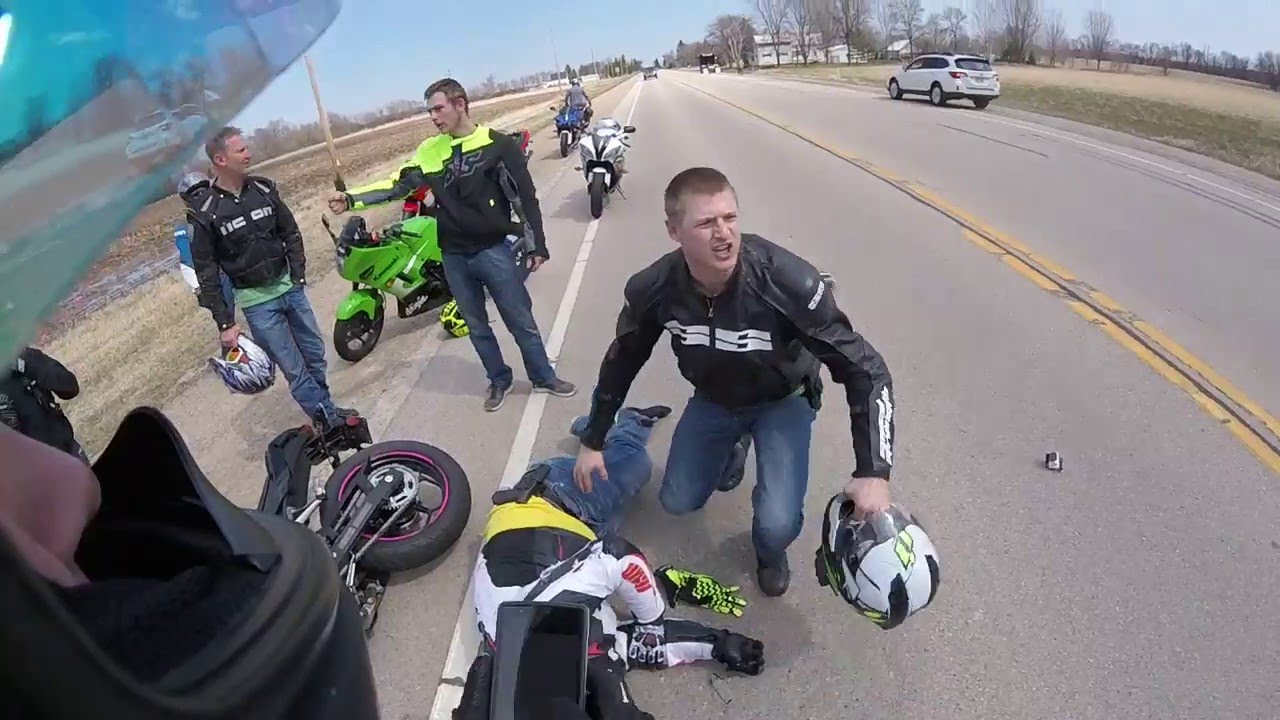 Motorcyclists Cheat Death As A Dog Runs Onto Road

This is one of those “Thank FUCK” videos.

It could’ve ended very gruesomely for the motorcyclists involved in the accident, but luckily they’ve walked away alive.

They likely got some nasty road rash and a future fear of animals darting in front of ’em.

The person who was closest to the semi-trailer is the luckiest bastard to have walked away from this.

First video is below:

I definitely let out an audible fwoooaaaahrhahah during the semi-trailer moment. It’s heart-stopping shit to say the least.

It’s good the cars were able to react fast and it didn’t turn into a bloody pile up as well.

Footage of the second angle is below:

The owner of that dog sure would’ve felt terrible if this ended up being fatal.

Drive safe out there ya legends!

Keep an eye on ya fucken dogs as well.