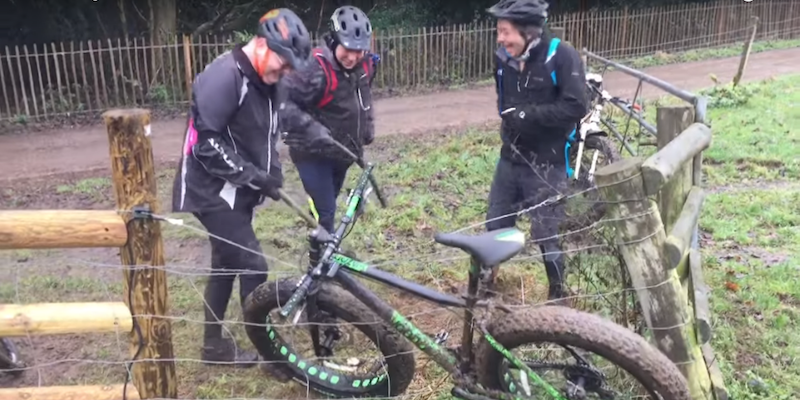 ‘Schadenfreude’ is a German word that means the pleasure derived from the misfortune of others and I think it’s fair to say, I was feeling a fair chunk of schadenfreude while watching this video.

In it, four mates are out on a pleasant trail ride somewhere in England when they come across an electric fence that needs to be scaled.

Not knowing that it’s actually electric, one of the fellas, Paul, decides to chuck his bicycle over but halfway through receives a nasty shock and drops his fat tyred bike, getting the thing stuck in an almighty tangle.

Cue the funniest three and a half minutes in recent memory as Paul and his mate Al attempt to untangle the bike and get it over the fence, all the while receiving electric shocks. 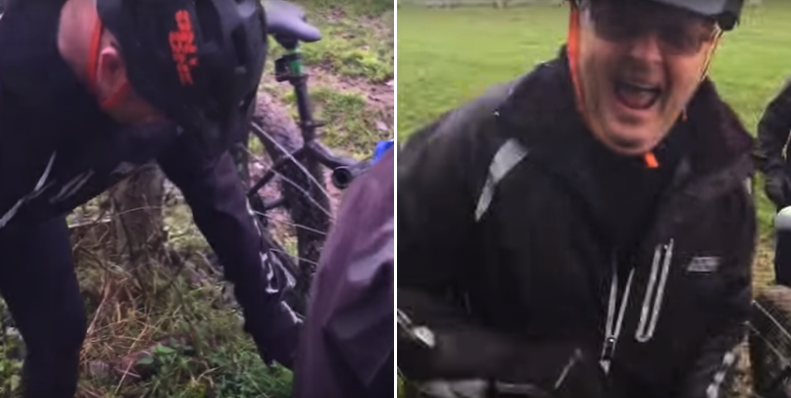 Before and after the first shock…

The lads try everything: they attempt to only hold the rubber bits of the bike so that they don’t get shocked and even try to pry the bike over the fence with sticks, all to no avail.

Eventually, the pair manage to free the bike and get it over the fence but not before receiving a sh!tload of shocks, much to the job of the guy recording the video (he clearly had some schadenfreude going on too). 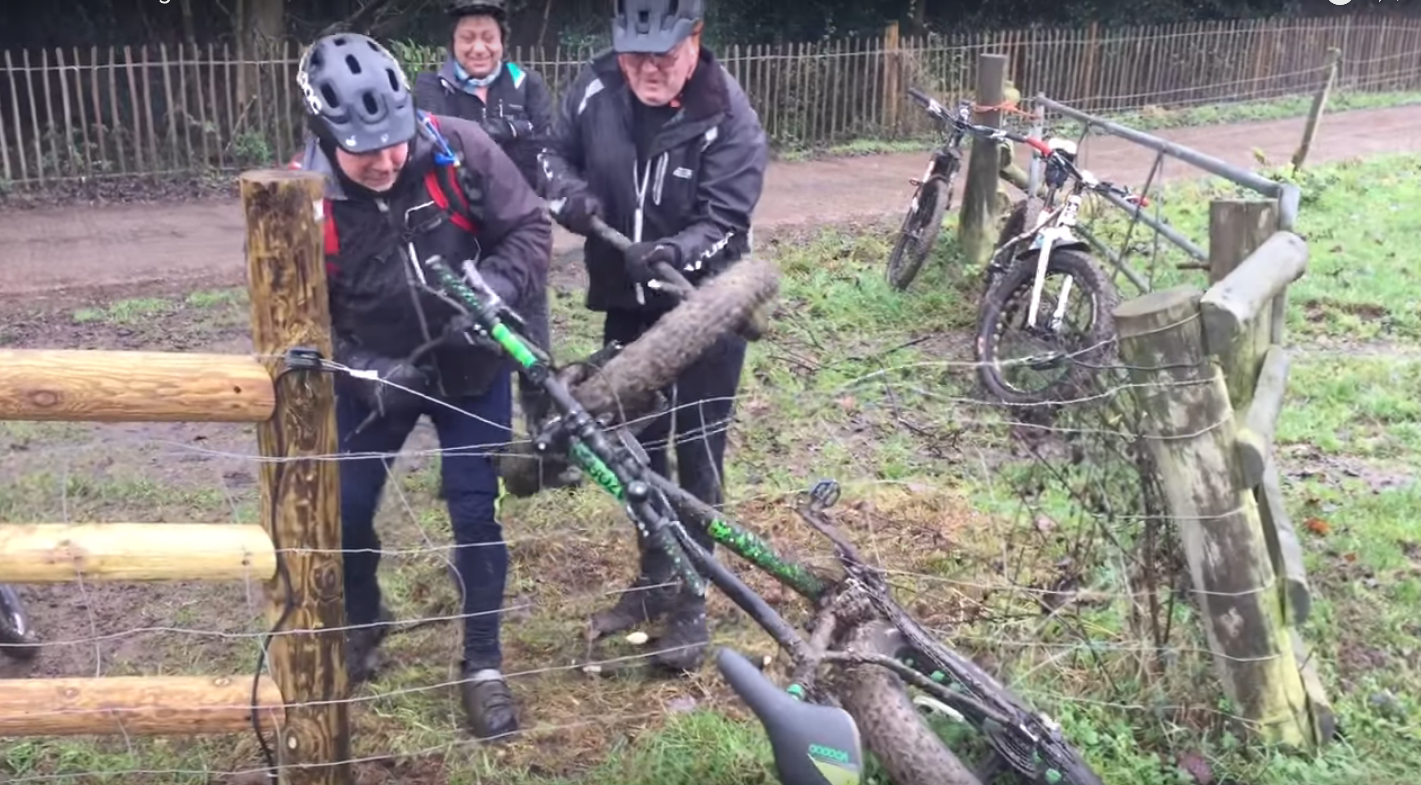 As does their mate in the background…

The amateur cameraman makes this whole scene even funnier, too: he’s got one of those infectious laughs that ya can’t help but chuckle along to as this chaotic scene unfolds.

The fellas posted this video on YouTube earlier this year and it has since gone viral, racking up more than three million views. In its description, the poster wrote the following message:

Whilst pedalling today my mate Paul went to put his bike over a fence. Half way though he realised that it was electric! So he dropped it on the fence. This is a video of him and my mate Al trying to get it off! Please excuse the swearing and oh yes by the way the clicking sound is the electric pulsing!!

Check out this clip and get ya daily dose of schadenfreude!

WATCH ‘OPERATION FAT TYRE FREEDOM’ ON THE PLAYER BELOW: