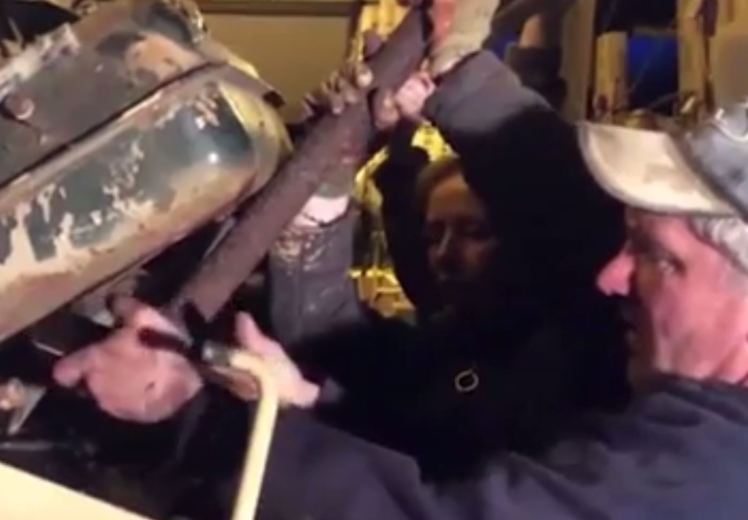 I’m not in the business of buying and restoring tanks, but if I was I think that there would be enough perks in that job to keep me happy. I mean who wouldn’t want to work with f*cken tanks all day?

Meet Nick Mead. He is a tank collector and owner of “Tank A lot”. He bought an old tank for around $36,000 and was going to restore it. His mechanic, Todd Chamberlain went to inspect it and found machine gun ammunition hidden in the fuel tank.

Upon further investigation he also found 5 gold bars worth an estimated $2.4 million! Imagine the poor bloke who sold him the tank to begin with, who didn’t check the fortune that was hidden. Joe Hewes, 23, has found out that the tank he just sold had a lot of gold inside.

In the video you can see that they are all in disbelief when the gold bars are first pulled out of the tank – as you would expect.

They weigh the bars to see how much they were potentially going to be worth… F*cken talk about the best find of your life! These fellas will be laughing all the way to the bank.

I always wondered what would happen if you found gold bars, because you probably couldn’t go into a bank and be like, man I found these bars can I get like a big cheque? What happens is the gold had to be handed over to authorities, and Mead has placed a receipt for the bars of bullion in a safe deposit box. Good thing this video exists to prove that it’s theirs!