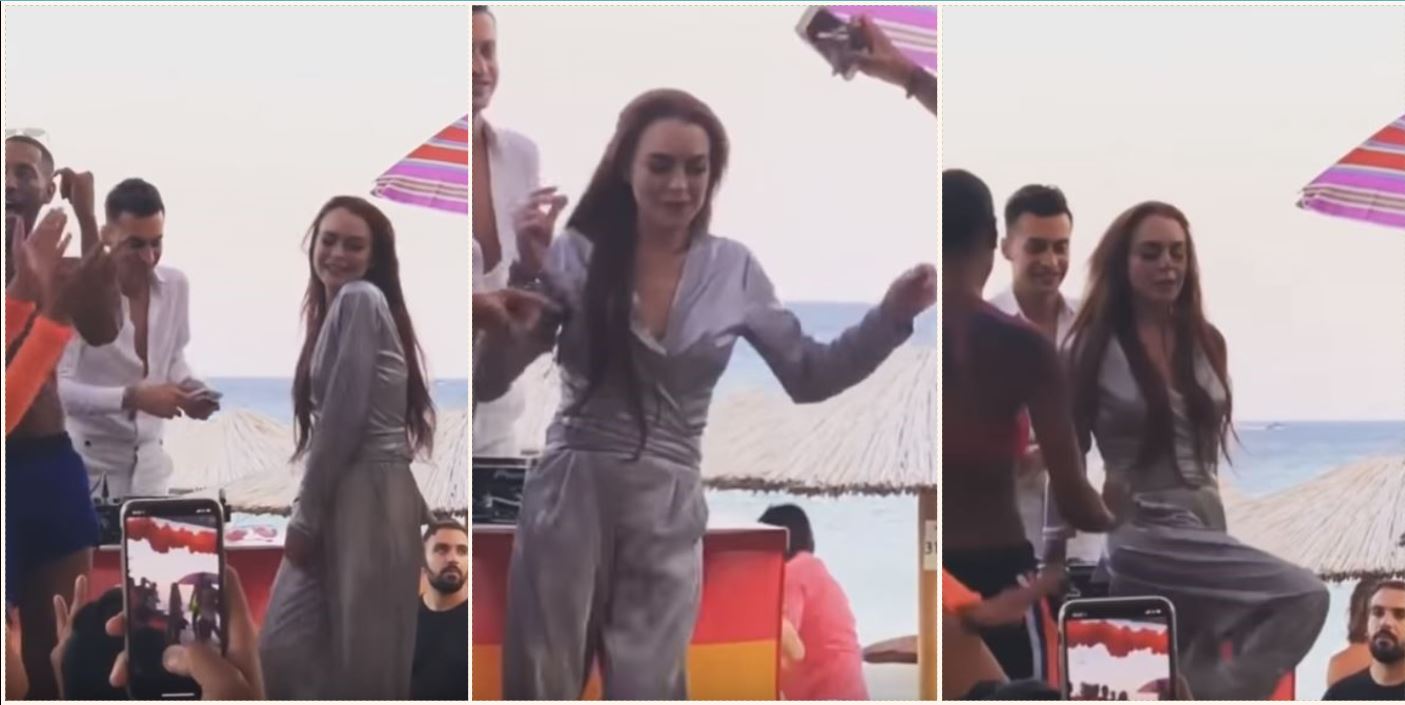 Oi f**k ya, quit the Dele Alli Challenge, piss off with the Keke Challenge, and get with the f**ken program. All the cool cats are now trying to master the latest awesome – and completely worthwhile – personal challenge to hit the internets: the Lolo Challenge. Yeah, I know, you’re about to ask me what the f**k that is. Don’t get your knickers in a twist, hold onto your horses, and chill the f**k out. We’re getting there. It’s a challenge that sees regular internet users like you, mimicking Lohan’s dance moves.

So, it’s only fair we provide you big f***knuckles with some extra context in order to get you started. Lohan has opened her own beach house in Mykonos. That’s an Island in Greece for those of who flunked out of Geography and Ancient History. For those of you who mastered alcoholism, it’s also a beer. Can I get a ‘f**k yes!’ for beer? F**k yes? Okay then.

Anyway, it seems that Lohan likes to party with guests at the beach house, and footage showcasing one of her dance sessions has gone viral. In completely unpredictable fashion, people have started to mimic and take the royal piss out of it. Because, in complete honesty, it’s a pretty sh*t dance.

@kellyoxford and I are trying our best to give you full Mykonos Lohan this Friday night- Honestly, it's weirdly harder to nail than it seemed. Respect. ?? (if you do it, we want to see! tag us!❤️)

First of all, in fairness to Lohan, she looks like she’s had a few in the video, and her dance is casual and relaxed as f**k. Nah, yeah, if she were any more relaxed in the video, she’d probably drop dead.

As mentioned previously, the Lolo Challenge has seen people having a crack at her dance moves. Other internet-savvy folk have memed the sh*t out of her dance, blending it with other videos and changing the music.

Final thought: There’s not too much to say here, but f**ken have a crack at the dance, film yourself giving it a fair dinkum throw of the boomerang, and post it in the Facebook comments. Best vid wins the opportunity to be memorialised in Ozzy Man History. Make ‘em funny, ya cheeky b*stards.