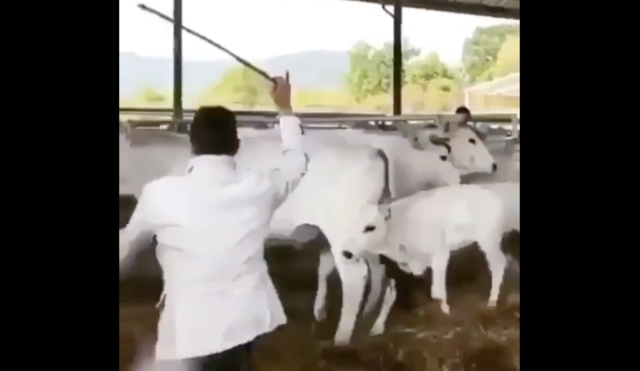 The internet gods have seen fit to provide us with another fantastic ‘When Animals Attack Video’. In it, some dude with a whacky thing cops a karate kick straight to the face from the kickass little calf – and you’ll never guess where he lands!

Now, I’m going to be totally up front with this. I don’t know if this dude is the crazed conductor of the symphonic cow orchestra, but that stick he’s got looks like a conductor’s baton. 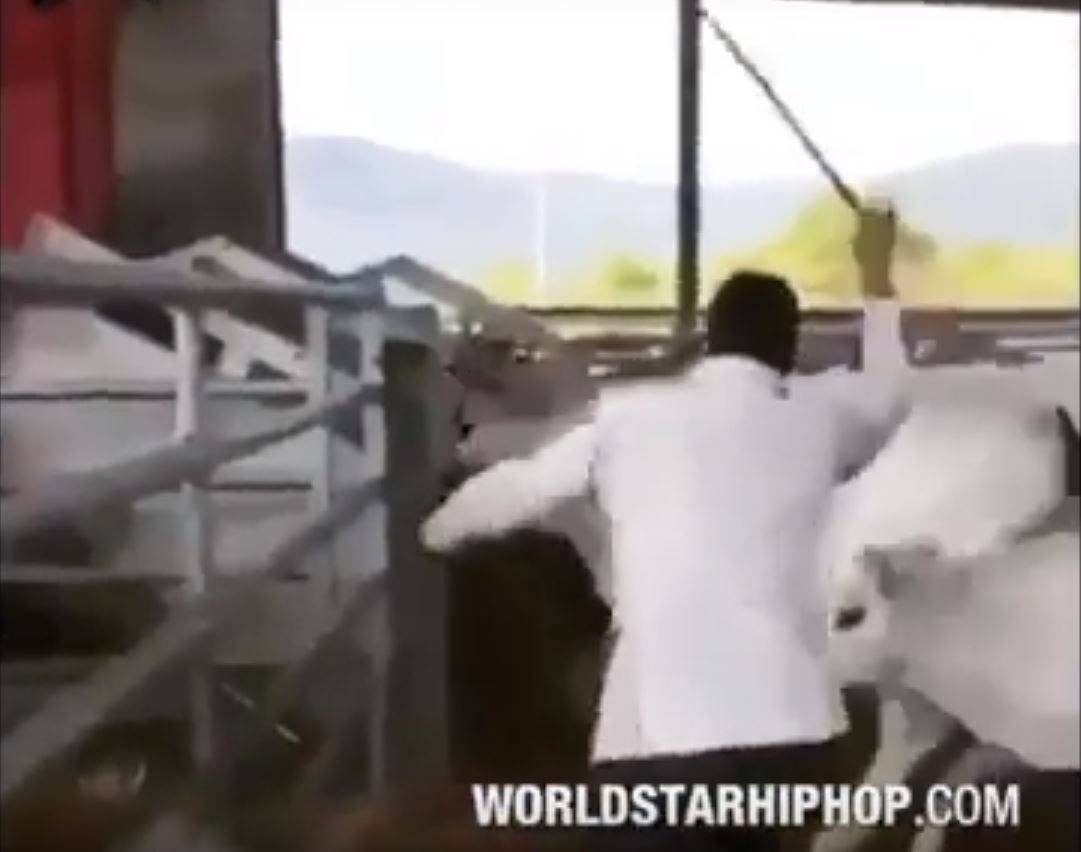 With that in mind, let’s point out that there’s actually no context to this other than ‘F***ING BANG!  HAVE THAT DIPSH**!’  So, I’m not even going to consider the logical – and perhaps more sinister – possibility that it’s a sorting stick or these are rodeo or bullfighting cows. He’s clearly the conductor. Look at the way he waves his arms about. Conductor.

If I had to guess I’d imagine that the evil Cow Conductor had plans to put his orchestra through another udderly brutal practice. He would have been all like, “listening up ya bovine bastards, we’re going to practice our Moozart today. Daisy, don’t go skimping on the cowbell during the third movement.” 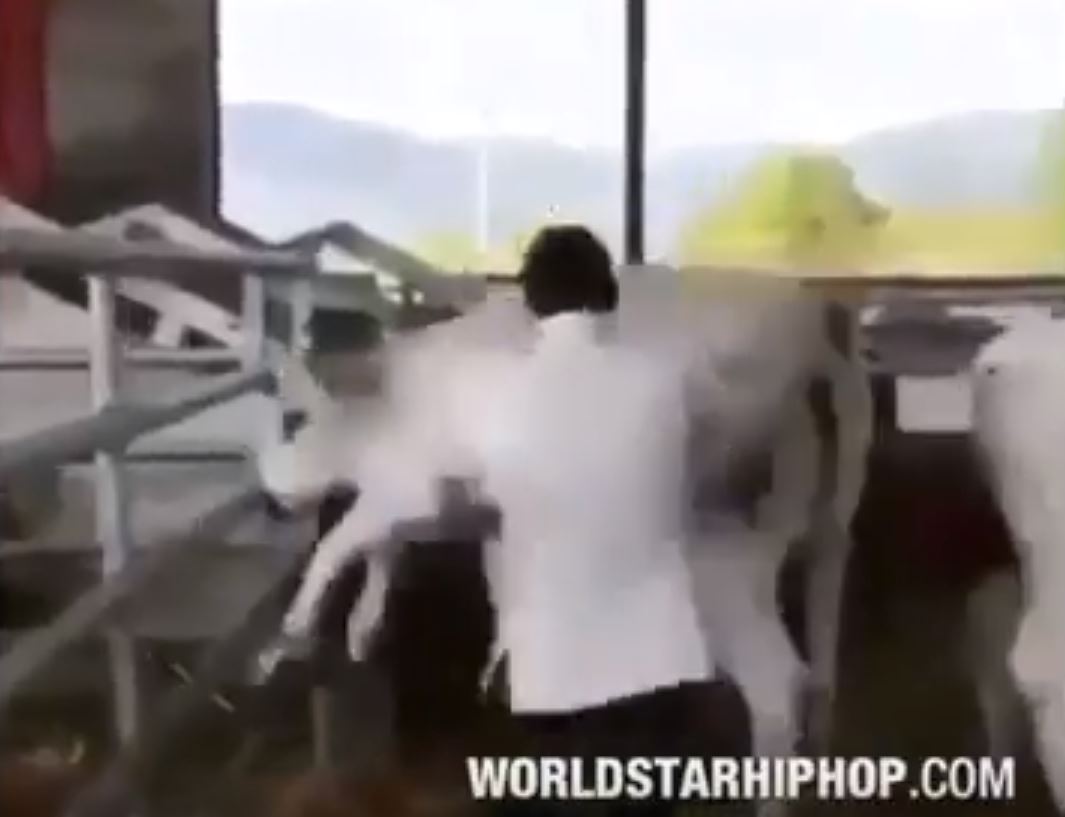 Daisy, of course, would f*** everything up by not just skimping on the cowbell but forgetting it completely. She’d see Bucky the Bull over by the Petunias and start daydreaming like a dairy cow. The Cow Conductor wouldn’t be having that. He’d be all like, “f***ing right, Daisy. When we’re done here, you’re going on the f***ing barbecue and he’d give her a whack with his conducty-stick. 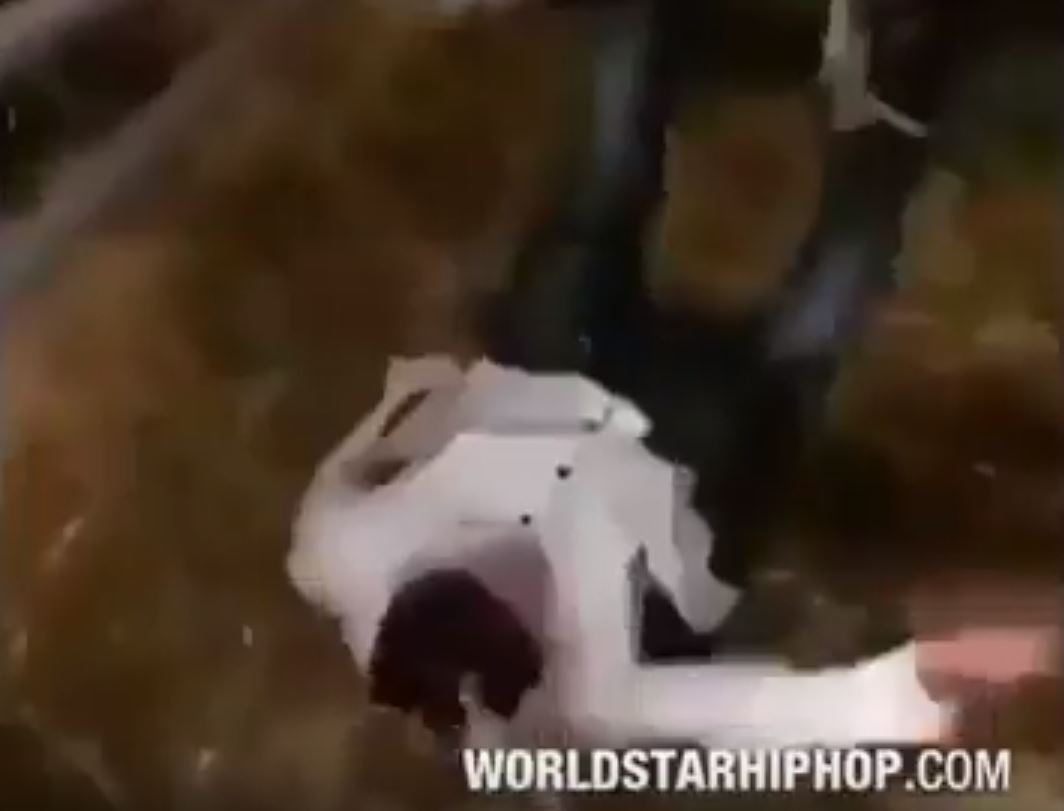 That’s when the f***ing Karate Cow would come in! He’d just be like. “Oi, f*** ya, don’t be pulling that sh** on Daisy. He’d launch himself into the air and just unleash the kung fury. It’s sweet chin music, it’s pin-point accurate, it’s simply brutal.

The Cow Conductor just drops like a sack of sh**. He didn’t see it coming, it was too quick. And speaking of sh**, it looks like he lands in some. He’s wearing a lovely white jacket and he just splats into a fresh steamer. 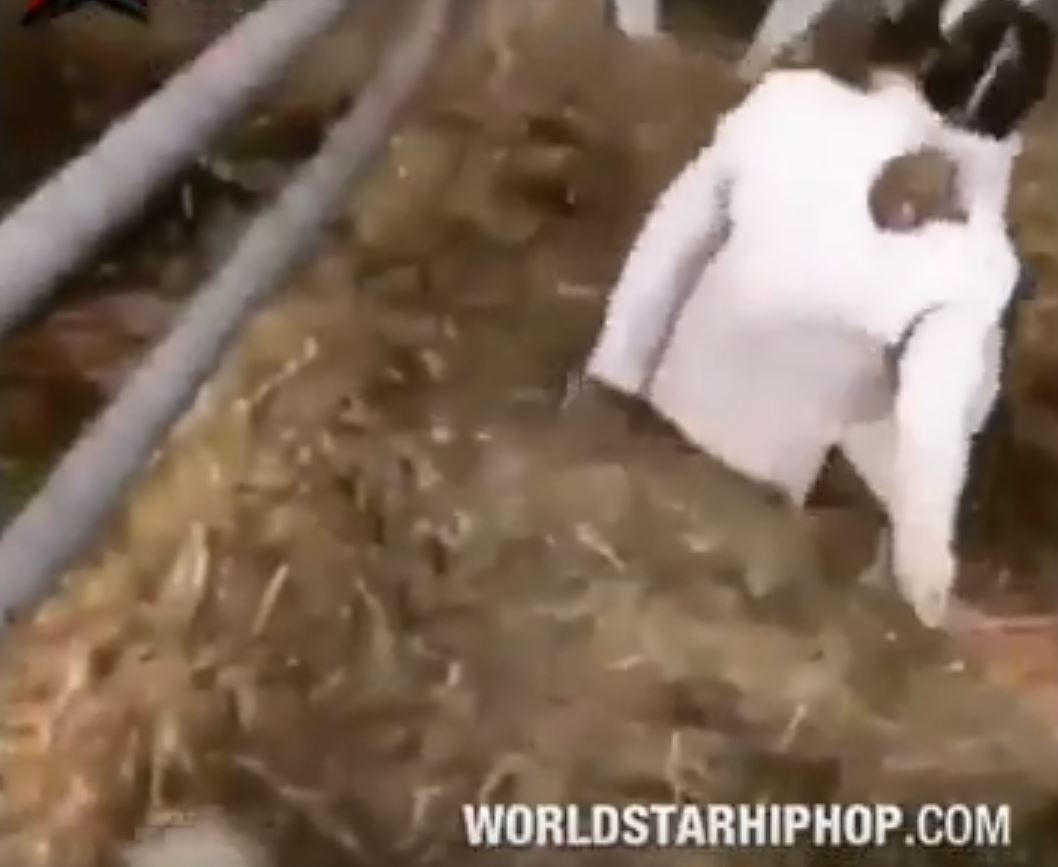 That’s nothing compared to the stain in his undies. Credit: World Star Hip Hop/YouTube

It’s all over his shoulder when he staggers back to his feet. His missus is not going to be happy. She’s just washed the whites and now the Cow Conductor has sh** on his jacket.

Oh well, that’s what you get for messing with Daisy.  F***ing top work, Karate Cow.