If you’ve been paying attention to the internet for a while, you’ll know that one of the better YouTube channels out there just so happens to be The Hydraulic Press Channel. We’re not sure exactly what it is that makes those crazy Finnish buggers so damn watchable, but it’s probably got more than a little bit to do with their crazy accents, their destructive tendencies and the ever-present potential for explosions!

In the episode we’ve got for you today, Lauri and his wife Anni are up to their usual tricks. This time, they’re seeing just which metals are the strongest. To do that, they’ve lined up wads of copper, steel, aluminium and brass. 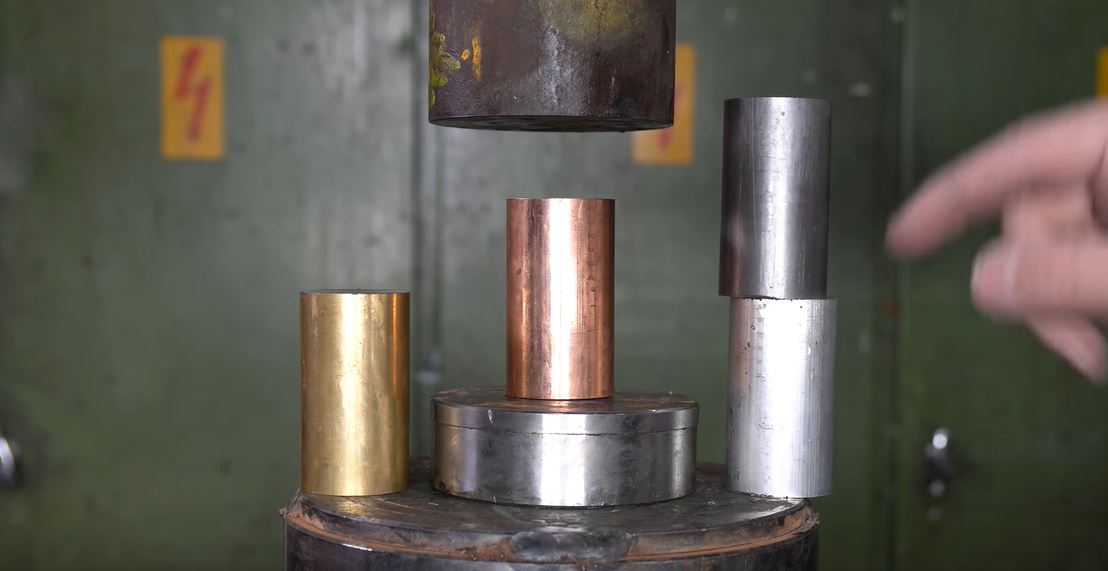 The premise is pretty straight forward. Whack each bit on the industrial pressure-proof scale, crush the f**k out of it and read the measurements. It’s not exactly rocket science.

But – and we mean this – it can result in bits of shrapnel rocketing around the room! Thankfully, these legends have got their PPE and their safety gear all set up and ready for action. 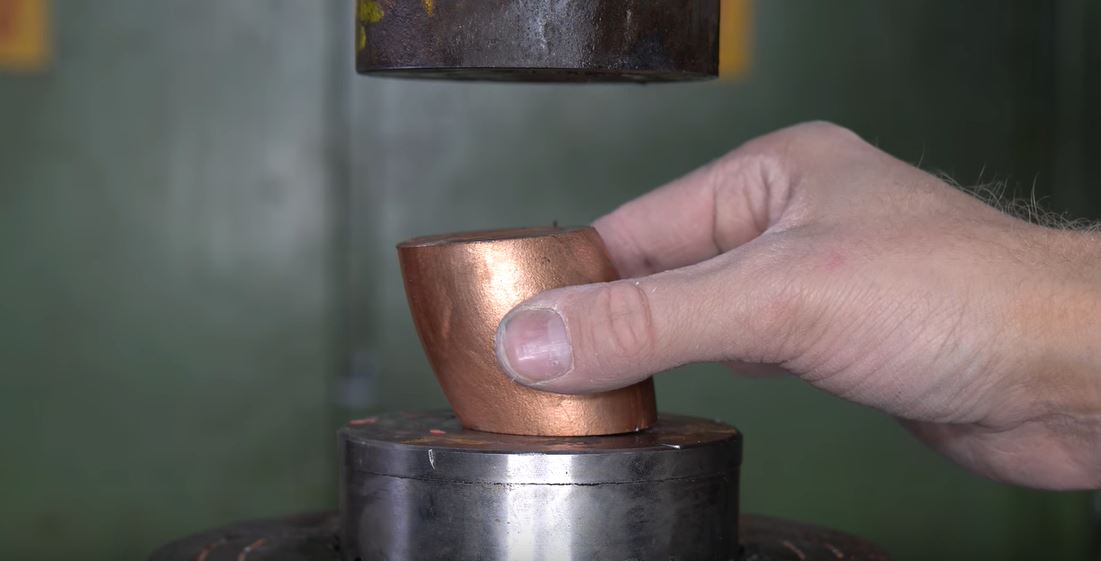 First up, they bust out the copper. And, you know what, it doesn’t matter how many times you watch something slowly get annihilated by their hydraulic press, it’s always bloody enthralling.

From there, they make their way through each of the contestants – making sure they stop as soon as the metal starts to twist. But, if you know the show, you’ll know that Lauri’s not bloody satisfied until he’s pancaked the living s**t out of whatever he’s got in front of him. 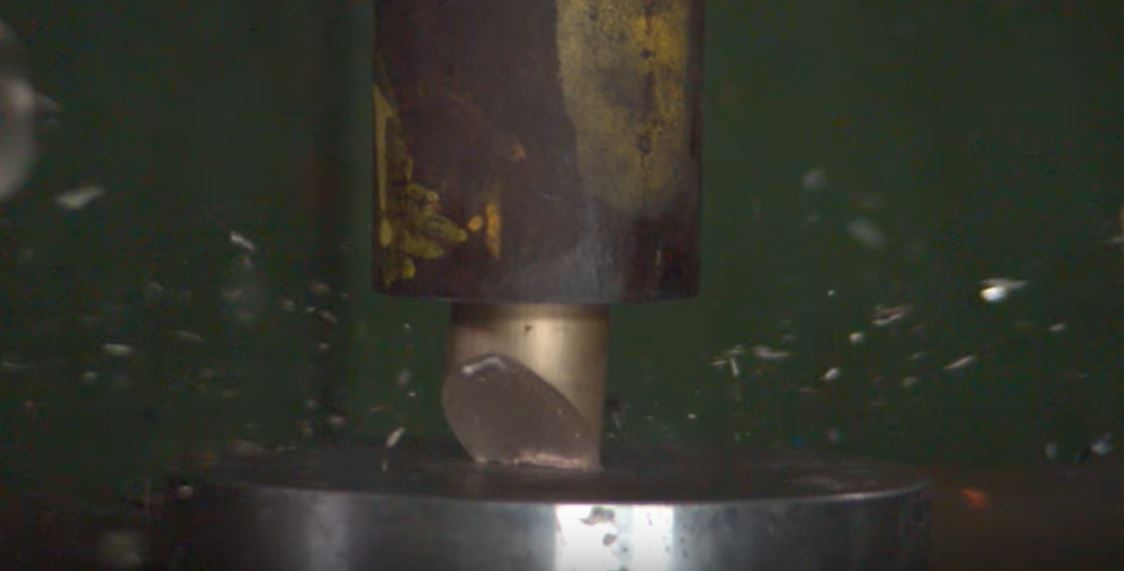 So he chucks the brass back on. “I’m not sure if this already too bent, but we are going to try.” And try he does. He gets that press cracking, when f**ken BANG! They send the shop window to Destination F**ked!

“Ah, that wasn’t cool. We broke the window from the shop! It went through all the windows.”

Someone else, we’re not sure who, says, “Yeah, it went through all the windows. Yeah, the last one is broken but not like all the way through.” 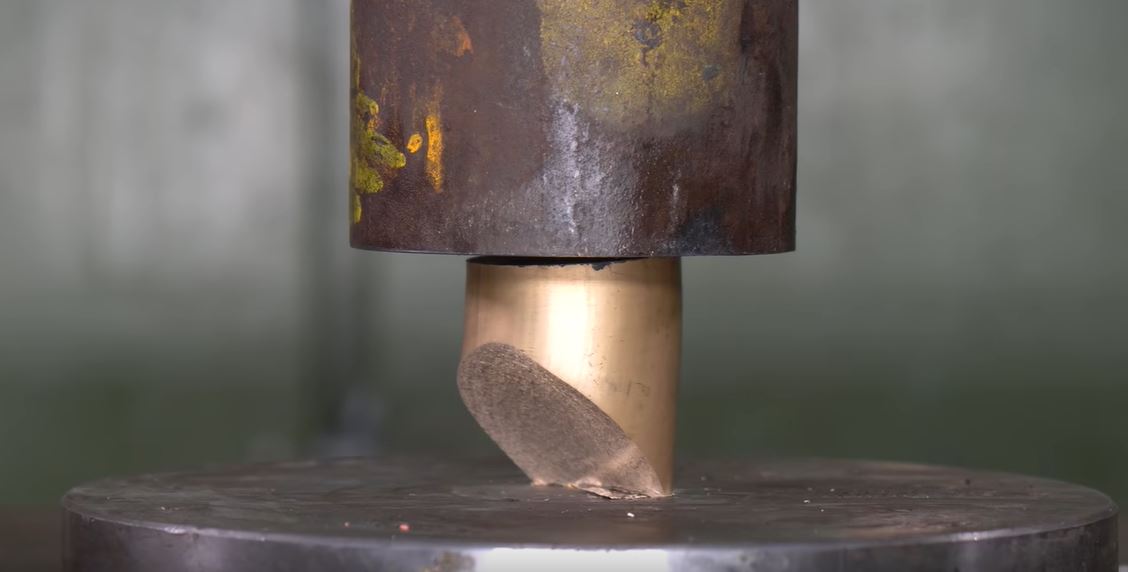 “And that’s why we have the blast screen,” Lauri says. 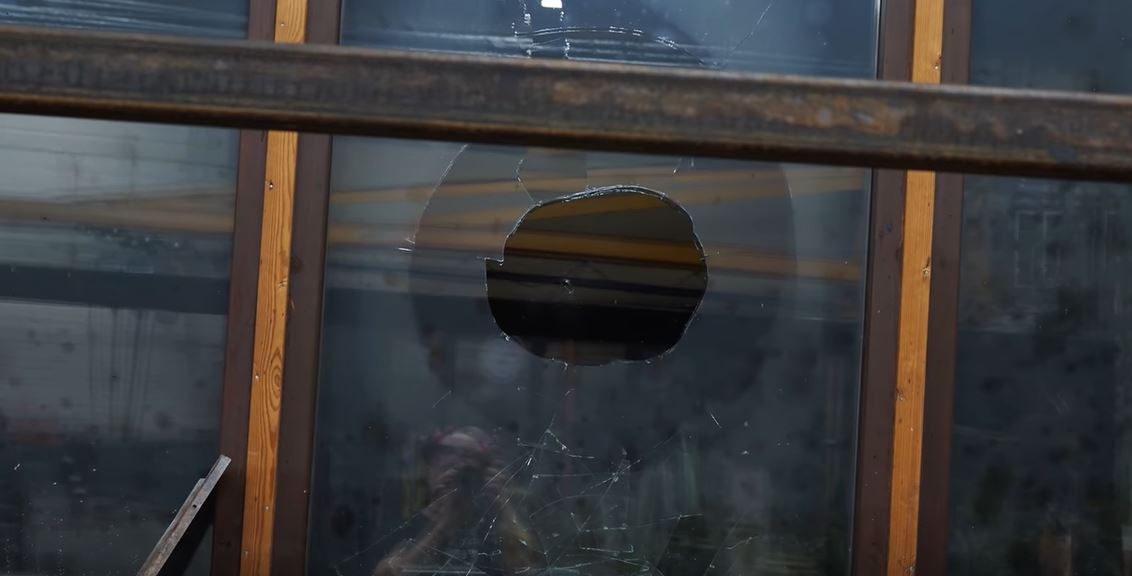