Don’t ever let anyone tell you the world is not a crazy place. Deadset. We’re looking at this story and we’re shaking our heads and we’re wondering just what mind-bending lunacy the gods of Hollywood social media will cook up for us next. And, er, yeah, you did read it right. Justin Bieber, the singer of, well, some teenybopper crap has challenged the patron saint of Scientology and possible real alien, Tom Cruise, to a proper UFC fight.

See, we get what’s going on here. No matter how old Bieber is now, he’s still pretty much that autotuned twelvie in the eyes of pretty much everyone. He’s spent the last few years rebelling and trying to make us all see him as some sort of hardarse, but obviously, he’s gonna have to outcrazy the craziest Hollywood star of them all to make that happen.

And yeah, nah, we’re not talking about Gary Busey here either. Tom Cruise, the man who tried to sue a cartoon for representing him as a man who packed fudge, is way past Busey’s level of crazy. As far as we know, there’s no previous beef between the two, but whatever, Bieber’s clearly taken umbrage with something Cruise has done.

“I wanna challenge Tom Cruise to fight in the octagon. Tom if you don’t take this fight your scared and you will never live it down. Who is willing to put on the fight? @danawhite?” 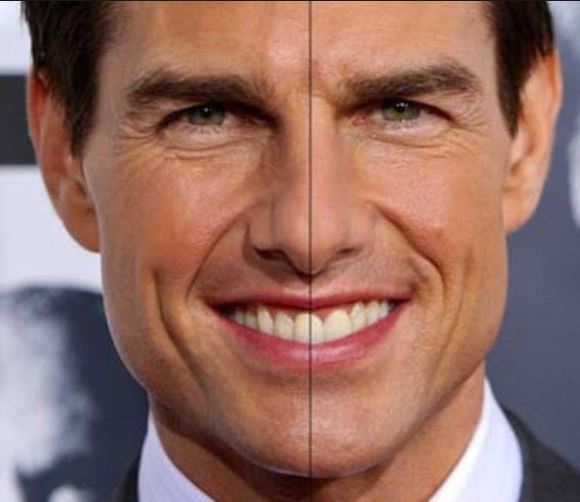 We get it. Cruise’s movies are kinda awful. His religion is particularly awful. His weird-as-hell middle tooth is definitively awful and we love the idea that Bieber wants to punch him in it. We’re not sure how that’ll work out for the Beeb, but we reckon he might have his work cut out for him.

Anyway, never one to shy away from the publicity, Conor McGregor has decided he’ll happily put the fight on. He posted on Twitter to say, “If Tom Cruise is man enough to accept this challenge, McGregor Sports and Entertainment will host the bout. Does Cruise have the sprouts to fight, like he does in the movies? Stay tuned to find out!” 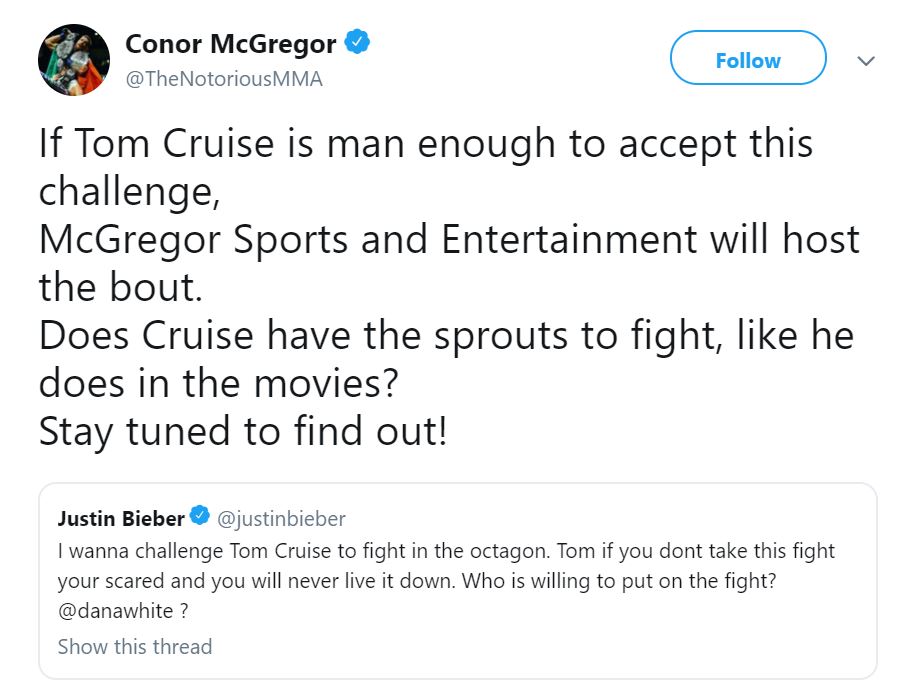 We’re not sure this will ever happen, but there’s only one thing to do at a time like this, so can we all please gather round and begin the chant?

Final thought:  There’s part of us that just bloody loves the fact Bieber has come out of nowhere to challenge Tom Cruise to a fight. We wonder how long he’s been planning this. Did his girlfriend or boyfriend or whatever he has make him watch Vanilla Sky? We can definitely understand wanting to smack Cruise one after watching that steaming heap.