Jeff Bezos’ worth represented by rice is f@#*en insane

A lot. Yeah, nah, depending on where you stand, a lot can be different to everyone. For some of us, things that cost only a few bucks might seem like you’d need to have a ‘lot’ of money to buy them. For others, a ‘lot’ can be bigger than that. For all of us, the amount of money Jeff Bezos has in his bank account isn’t just a ‘lot’, it’s f**ken obscene. So when this bloke decided to represent it with rice, we knew we had to check it out…

OK, for this one, you need to meet TikTokker @Humphreytalks. In the past, Humphrey – yeah, nah, we’ll call him Humphrey – has created visual representations of money using rice. When he did that, he showed the insane difference between $1 million and $1 billion by counting out rice (and giving each grain an assumed value of $100,000). 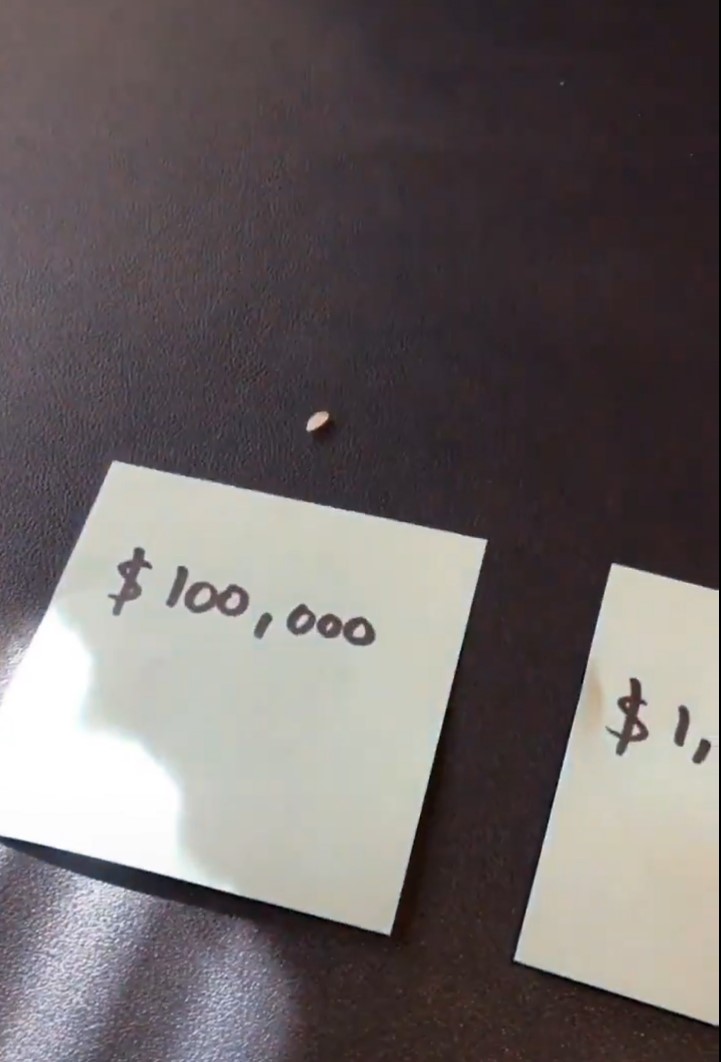 Later, though, some of his viewers asked him to create a representation of the money in Bezos’ bank account. For some people, that might seem like something we shouldn’t really worry about, but Bezos and his ilk should be fair game. They’re hoarding enough to feed and clothe the planet. 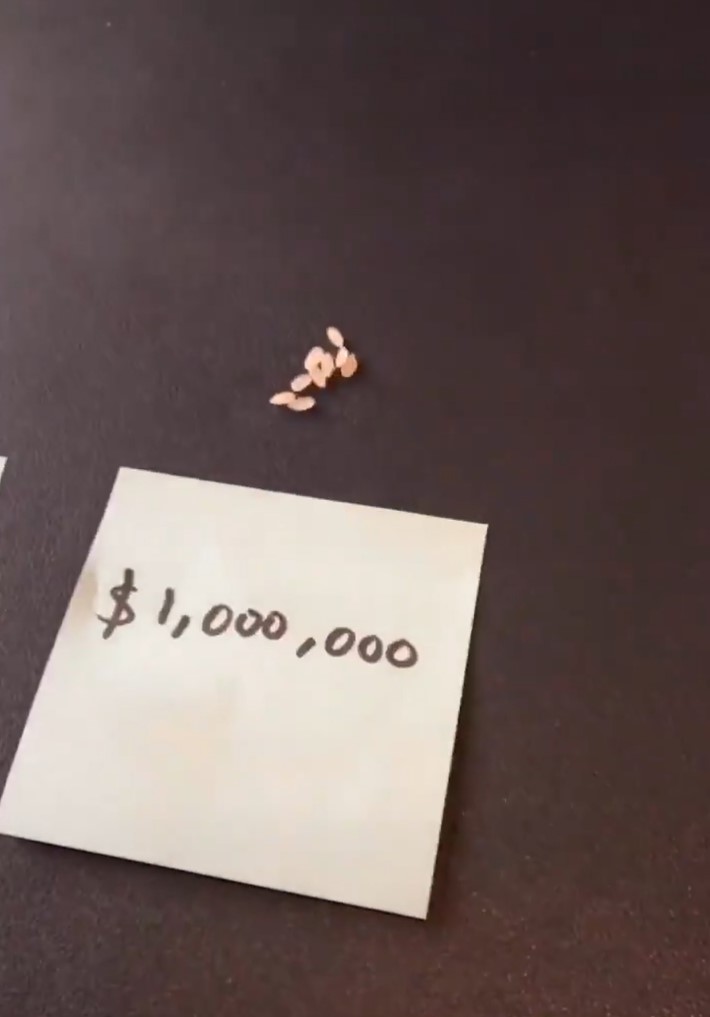 Anyway, Humphrey agreed to the idea, and to be pretty bloody clear, it’s a f**ken lot of rice. Deadset, when you see it, you’ll be like, “Yeah, nah, that’s a lot of f**ken rice. You’re spot on!” 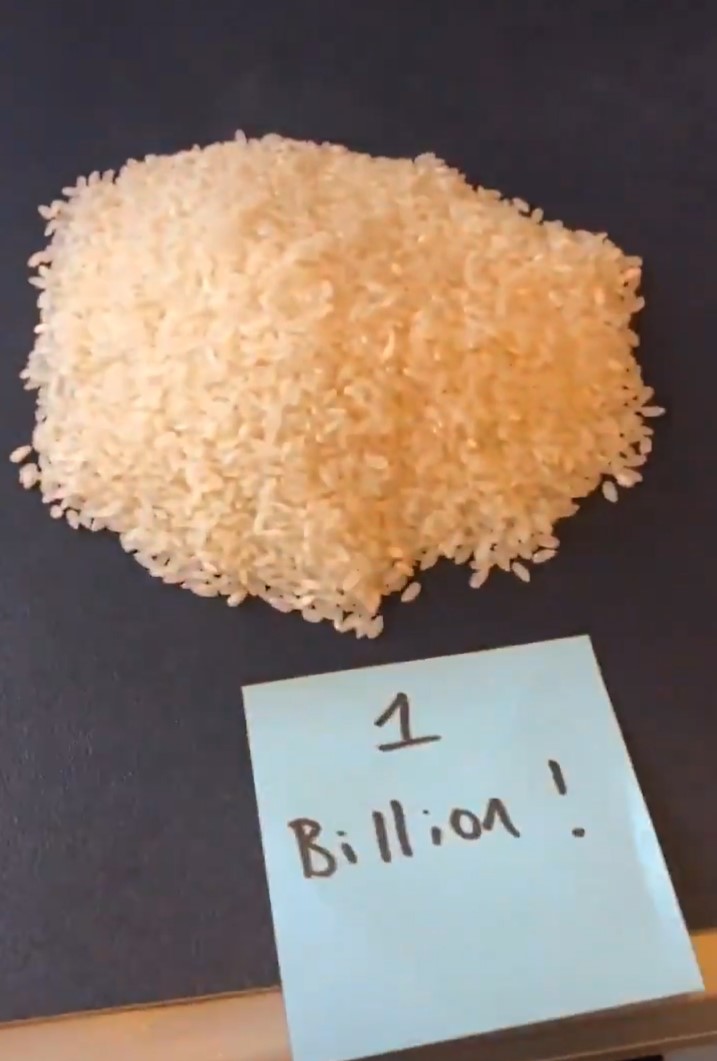 As Humphrey says in the video, “Jeff Bezos…58 pounds of rice – if each grain was a hundred k! Look how big this is, guys. I’m gonna show you the scale here; I’m gonna put a keyboard in just for fun. Look how deep that goes. That’s insane!” 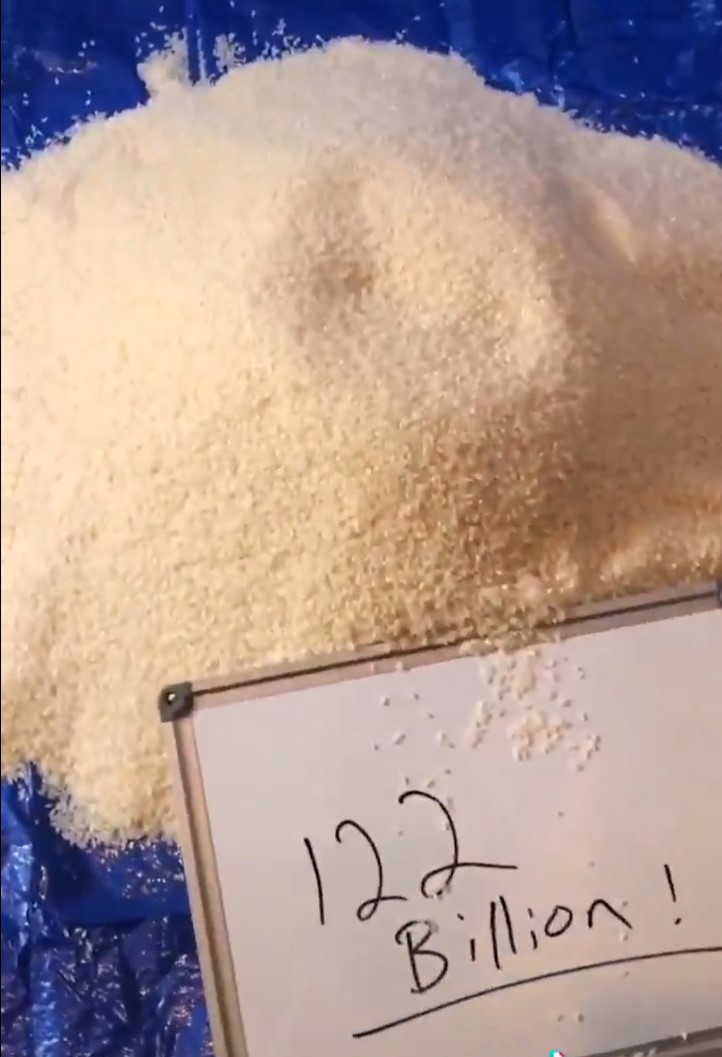 Final thought: We’ll be honest, it always feels a bit weird to talk about other people’s money, but the simple fact is that Bezos (and the rest of the world’s uber rich) could make this place a whole lot better for everyone. So, let us know in the comments whether they should be taxed and made to make the money do more than just gain interest. See you there!