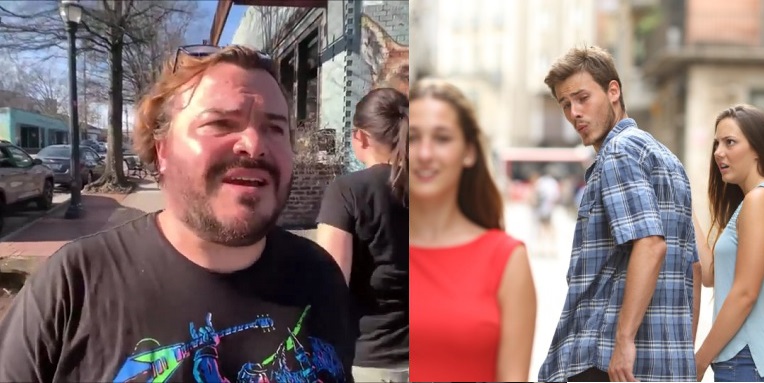 Surely the old “distracted boyfriend meme” has reached it’s peak? I’m honestly ready for it to die a bloody slow and painful death. Everyone’s is entitled to their 15mins of internet fame, but I can’t be the only who’s ready for this meme to just f**k right off into bloody internet obscurity yeah?

If you’re not sure what I’m talkin’ about, #1 what planet do you bloody live on? And #2 here is a couple of the roughly 17 million versions of the meme to get ya noggin’ up to speed. 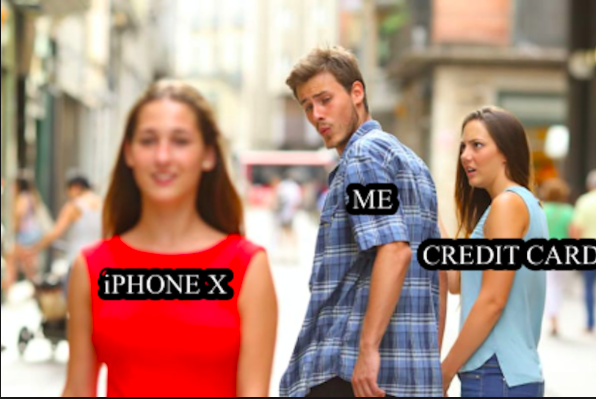 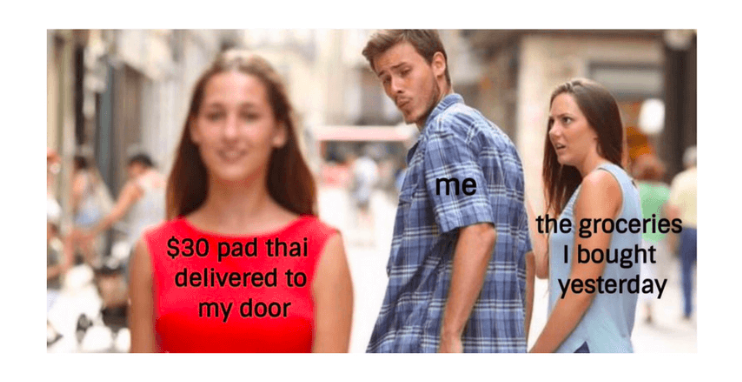 As the popularity and overuse of this annoying meme had started to back down like a bruised chook in a cockfight, do you think there was time to take a breath and sip of me beer, before Jack Black accidentally creates a f**ken new version?

No there bloody wasn’t! We need a new version of this meme like we need a f**ken sequel to Gulliver’s Travel’s! 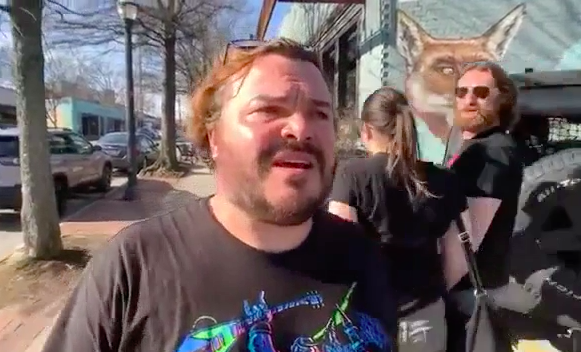 But I can’t blame Jack, he’d just left a burger shop with his guts full of clogged arteries and a pending heart attack… He’s just chattin’ away some bulls**t to the camera, minding his own business when he passes a bloke and his missus in the street.

The missus doesn’t seem to give two f**ks that they’ve just walked past a celebrity, but the bloke?

He is visibly shook! He can NOT. F**KEN. BELIEVE IT!

You can actually see the tiny cogs in his mind turnin’ as he realizes, “Holy Sh**t in a shirt pocket! That’s that bloody Tenacious D bloke!” 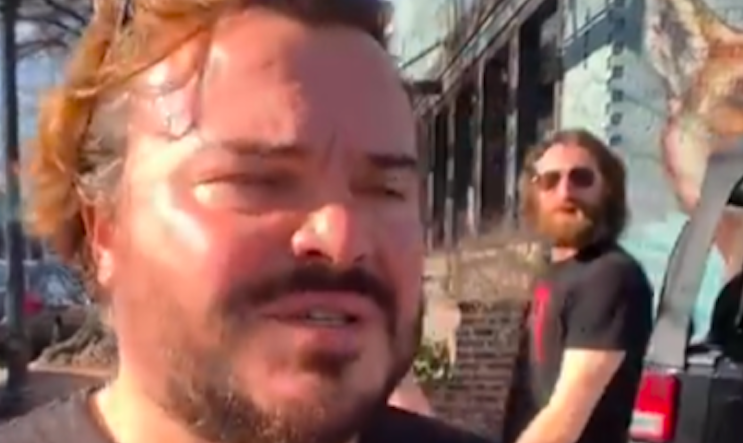 I appreciate that even the coolest cucumber can get bloody star struck with a celebrity encounter, I just don’t wanna have to live through the painful reincarnation of this meme. It has literally started already for f**ks sake! 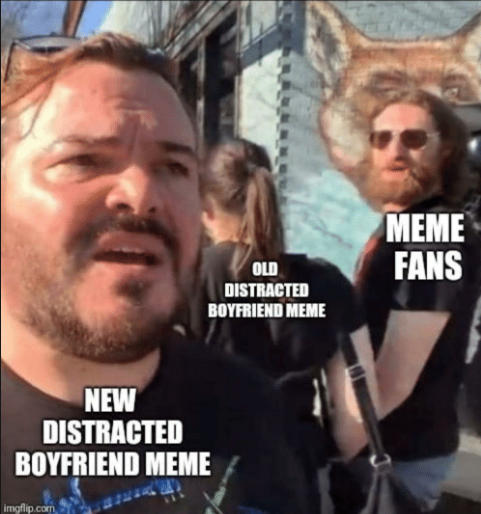 Final Thought: If you wanna check out the original clip from Jack Blacks YouTube channel, Jablinski Games, theres a link below to his channel… If ya wanna just cut to the chase, there’s a short clip here too.

And it’s the reason we’ll be blowin’ chunks now that were all forced aboard the meme f**ken merry go round again.

By Chuck Steinway 29 mins ago