While we understand any post about cricket has a limited geographical appeal, what we know is that it’s probably gonna get a pretty f**ken hefty section of fans from Pommyland, Straya and India absolutely frothing. So, let’s get to it. In Sydney, there’s an awesome as f**k backyard that sees cricket fans from all over the world meet up for a rocking game of backyard cricket. Check it out…

Before we go on, for those of you who don’t know the full ins and outs of our national sport, backyard cricket isn’t just a game, it’s a bloody lifestyle. Depending on whose house you’re playing at, the rules might vary a little bit, but you can sure there’ll be a few common tropes.

We won’t go listing ‘em all here for you, but we will let Brendan Scott, the owner of the WCG, tell us his rules:

“Hitting it over the fence on the full is not six and out, it’s just out. We don’t wanna encourage hitting the ball over the neighbour’s fence. The Hills Hoist remains; it’s an Aussie tradition. If it hits the Hills Hoist and goes over the fence, it’ll still be out…There’s no one-hand one bounce. We don’t believe in that pseudo-cricket rubbish that the Kiwis do.”

As you can see from the footage, the matches are pretty f**ken intense and the beers flow fast, but this is not your average game. It’s competitive as f**k. And so it should be. People literally travel from overseas to compete at the WCG, and it’s the kinda backyard a young kid can only aspire to have. 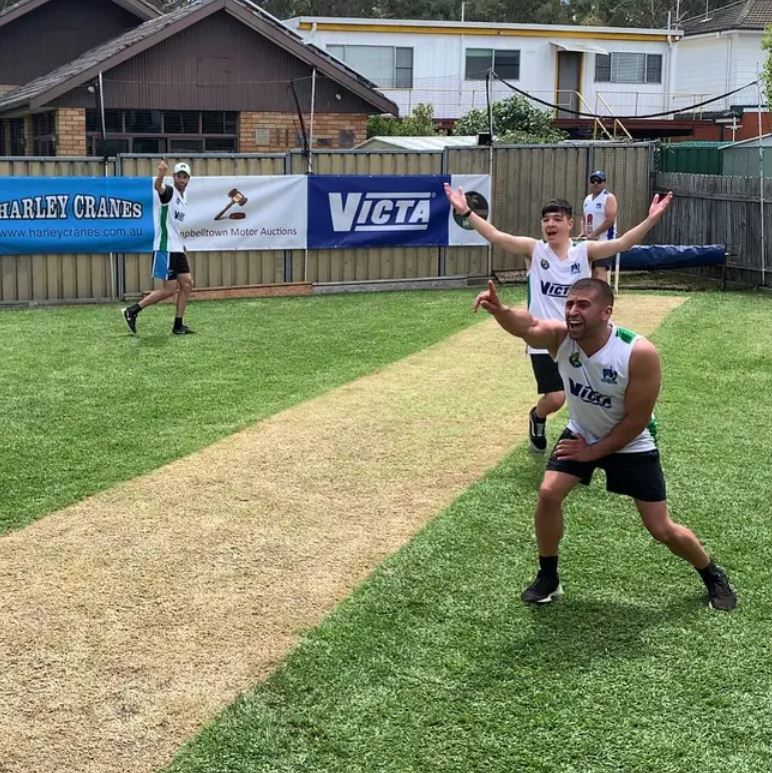 Anyway, watch the vid and let us know what you reckon.

Final thought: Mate, if you’re anything like us, you’ll no doubt have positive memories of backyard cricket. Load up the comment section with some of your stories – and tag your mates!