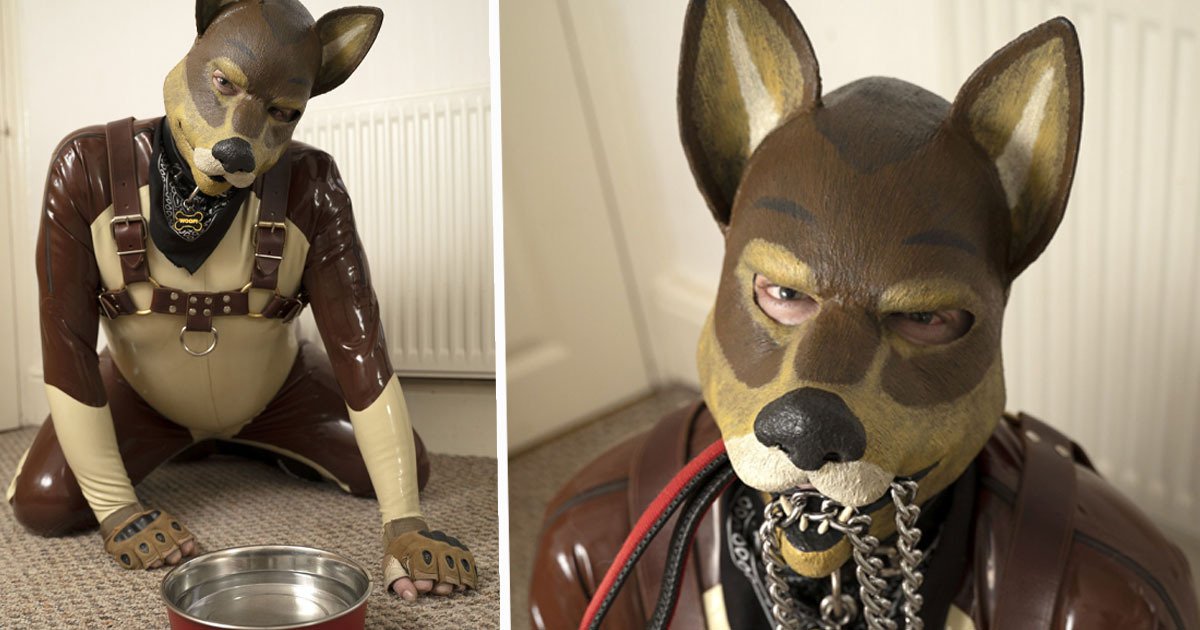 Bloke chooses to live like a dog, eats from bowl and barks at friends in the street

Here in Ozzyland, we’ve had the joy of Barking Dog Man for some time, but we don’t reckon that even he can compete with this fella from Pommyland. No s**t, Barking Dog Man is a bit of a character, but we feel comfortable saying that he just likes the attention he got one night and, as a result, turned his thing into a bit of a gimmick. Kaz James, who for all intents and purposes looks just like a real boy, actually identifies as a dog…

Now, we’re not here to pass judgement. We reckon that’s something that powers way higher than our own can take care of. But, having said that, we’re critical thinkers and as such, we have to question f**ken everything. So let’s talk about Kaz James for a bit. The business owner claims he’s felt like a dog since he was just a young pup and wears a dog mask, eats out of a dog bowl and says g’day by barking at people. We’re just gonna go ahead and assume he sniffs their arses too. 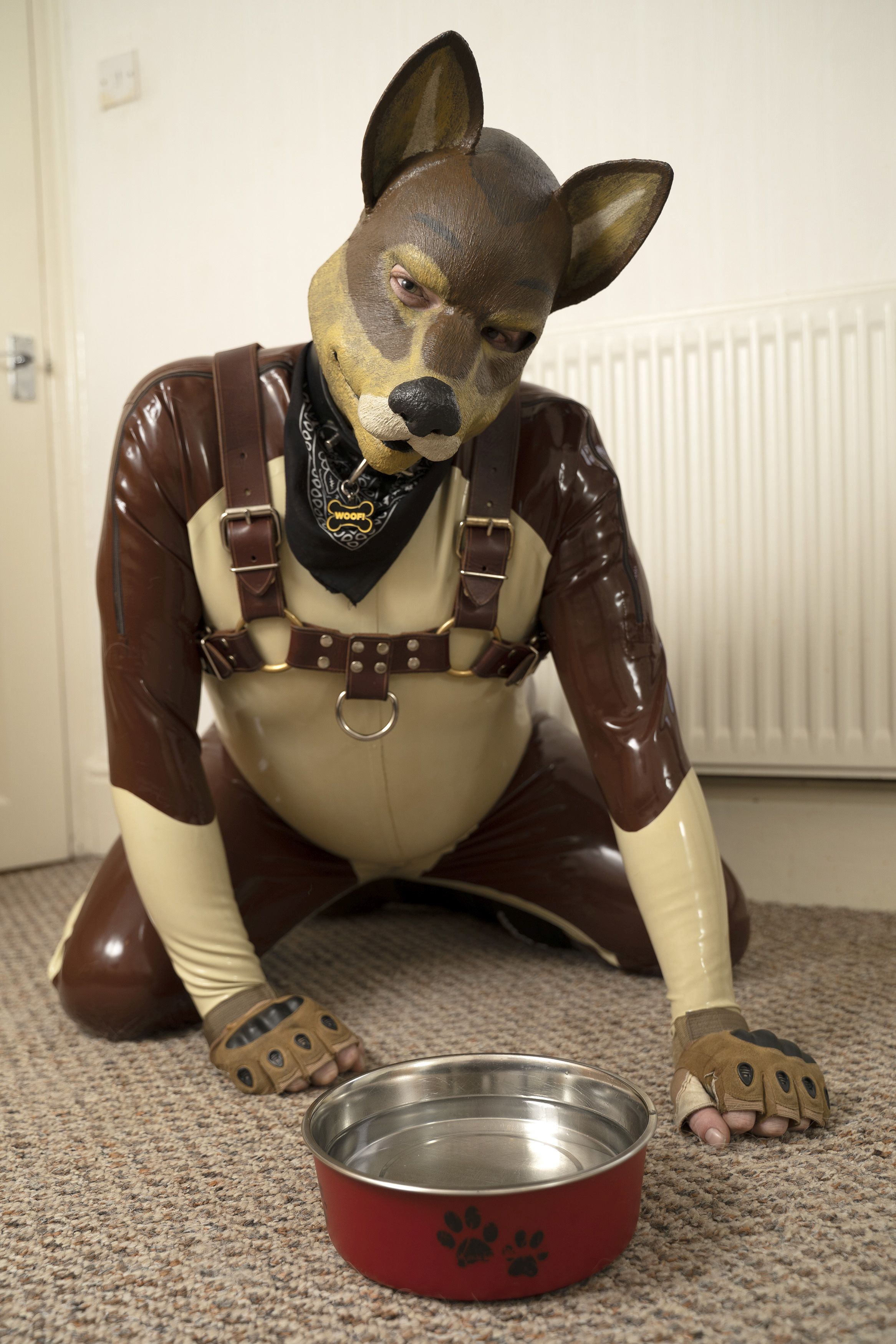 When talking about his life as a young fella, he says:

“I didn’t ever feel like a human, I always felt like a dog that was really out of place. I never really had a name for it, being a pup wasn’t a thing I knew about. When I met other people like me I felt I could be myself.

I was known by my friends for [saying] hello to them by grabbing hold of the collar of their shirt in my teeth and biting or licking them, very canine-type behaviours. It was always how I was.”

Of course, he didn’t really find out just how ‘different’ he was until his parents got the internet.

“I realised that my behaviours were quite dog-like in childhood, probably from the age of six. No-one ever talked about it, it was never mentioned.

My parents took early retirement and we moved to a farm in Norfolk. It wasn’t until the internet arrived in our house that I started chatting to people online – mostly through groups and message boards.

I was incredibly nervous when I first started talking to people online. I was living with my parents and I would sneak downstairs at three in the morning to get on the internet to look for this stuff.

I would hold a pillow over the 56k modem so you couldn’t hear the modem noise. I was worried that if I ever spoke to anyone about it, they would be like ‘you’re a nut job’.”

He’s bloody glad he found out about life as a human ‘pup,’ though. When he’s not running a successful business, he’s living life as a dog whenever he can. He eats dog treats, wears a dog mask, barks at dudes, and, presumably, spends half the day trying to lick his own balls.

“I feel a sense of peace being a human pup. Little things make me feel happy like eating my dinner out of a bowl using a knife and fork.

I don’t eat at people’s tables when I go to friends’ houses. I can be a normal person in a restaurant, I’m trained and can deal with humans, but I don’t like it, it makes me feel uncomfortable.

I don’t eat dog food, I eat regular food like a normal person but I do eat Bonios they’re quite nice. There are loads of dog treats you can get that are human friendly which are actually quite good for you.”

So there you go. Dog treats are good for you. F**ken hook in. 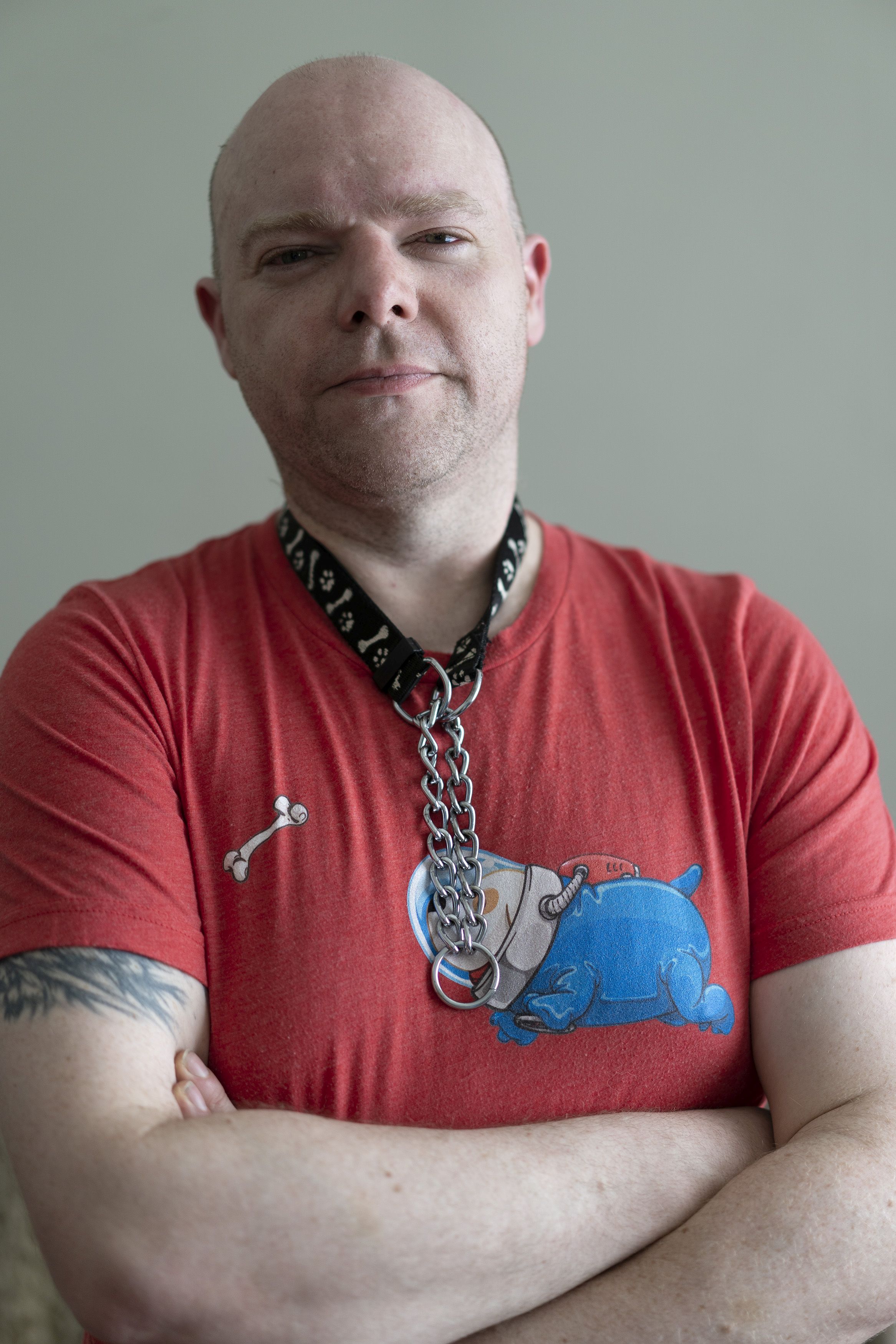 Final thought: Looking at this, we can’t help but ask the question: does this bloke really truly think he’s a dog? Alternatively, is this just a case of ‘it’s 2019, identify however you want,’ or does he need professional help? If the answer is neither of the above, is this just a kink gone too far and should he give up humping legs?

Just in case you missed it, here’s one of Ozzy’s latest commentary videos…Ozzy Man Reviews: Kratu – The goodest boy ever