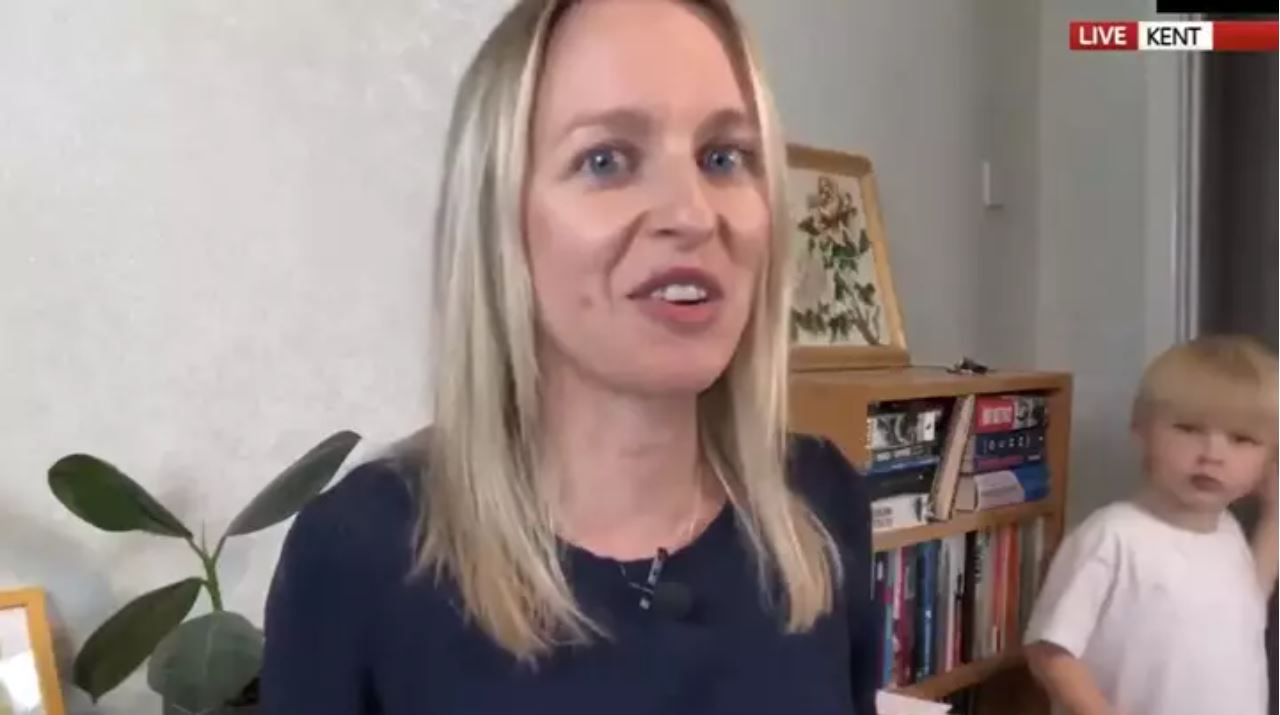 Working from home isn’t always everything it’s cracked up to be. Don’t get us wrong, you can certainly do your job in your pyjamas, but you’ve also got to contend with unexpected interruptions like errant family members strolling through the workplace. When that s**t happened to Sky News Foreign Affairs Editor Deborah Haynes, she handled it with aplomb…

So yeah, you may have seen this story doing the rounds, but it’s a bloody good one, and with Deb adding a few post-incident tweets to the story.

Thank you for the lovely comments after my son’s impromptu appearance mid-live-broadcast. I can confirm that his high-stakes negotiating skills netted him two chocolate digestives https://t.co/OQRGiMNih2

Basically, Deb was live on Sky News when her son came into the room and hit her up for biscuits. As she’s talking away, doing her job, you can see it all unfold. “David Cameron was talking about…” she says, and then, “Oh I’m really sorry, that’s my son arriving, really embarrassed, sorry.”

Seconds later, the little bloke is right up in Mum’s face. “Can I have two biscuits?” he asks.

Just to intrude on everyone piling on @markaustintv the decision was mine as programme editor. With seconds to make a call, the converse was to put a child live on air accidentally, then pick up with the next interview, Deng Xiaoping's former aide. If I'm wrong, well, damn.

Mum, though, isn’t fazed. She’s cool as a cucumber. “Yes. You can have two biscuits,” she says. Then, this is where things get awkward. While she’s handled it like a f**ken boss, the show’s anchor, Mark Austin, completely bodges things.

Seriously, looking like someone’s shat in his hat and punched it, he’s like, “We’ll leave Deborah Haynes there, in full flow with some family duties.” Although, to be fair, the show’s producer has claimed responsibility for the decision, so we can’t blame Mark, who’s since said he wanted to stay with it!

Thank you @LexyTopping for this with @clarewenham!
“I heard the click of the door handle & my heart just stopped. The door opened & I knew what was coming – it’s the stuff of nightmares. I just turned to him & tried to will him to leave with my eyes – then he demanded a biscuit” pic.twitter.com/l2KJGE2hWK

Nevertheless, Deborah has continued to handle things like a pro after the fact. Some were wondering what biscuits the little fella was after, and she tweeted, “Thank you for the lovely comments after my son’s impromptu appearance mid-live-broadcast. I can confirm that his high-stakes negotiating skills netted him two chocolate digestives.”

Since then, she’s told The Guardian, “I heard the click of the door handle & my heart just stopped. The door opened & I knew what was coming – it’s the stuff of nightmares. I just turned to him & tried to will him to leave with my eyes – then he demanded a biscuit.”

I was keen to stay with it and find out which was the biscuit of choice ….but international affairs beckoned https://t.co/18ZkeiryMz

Seriously, what a f**ken pro multi-tasker. That’s how you handle s**t in the workplace. Well done, Deborah. Top sheila indeed.

Final thought: Yeah, nah, if there’s one thing lockdowns have showed us, it’s that workplaces can definitely be more casual. Let us know about the intrusions you had on lockdown. They don’t have to have been on live television to be worth talking about!