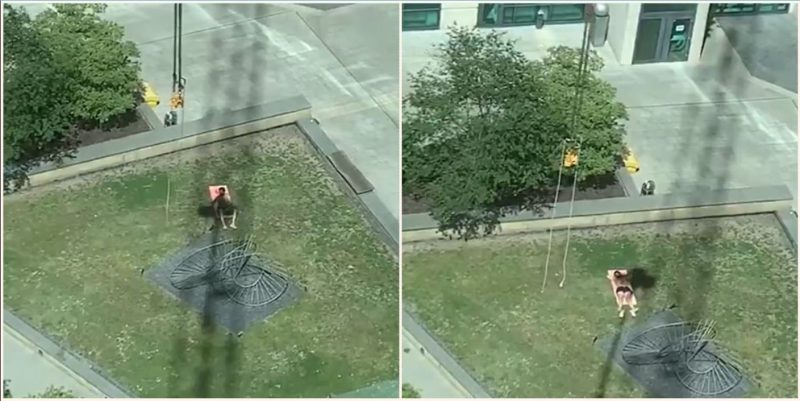 If you know any Pommy b**tards, you’ll know that they’ll take any little bit of sun as an excuse to go sunbathing. We don’t really get it ourselves, but when your country rains three-hundred-and-sixty-three days a year, we’re willing to let it slide. Besides, if you pasty buggers didn’t get out and sunbathe, this local crane driver wouldn’t have been there to add a charming level of shenanigans to our lives…

Rightio, for this one, we’re somewhere in Pommyland. We’re not sure where exactly, but judging from the bit of sun that’s on offer, it’s gotta be somewhere in the south. Whereabouts, we’re not sure, but it doesn’t really matter. 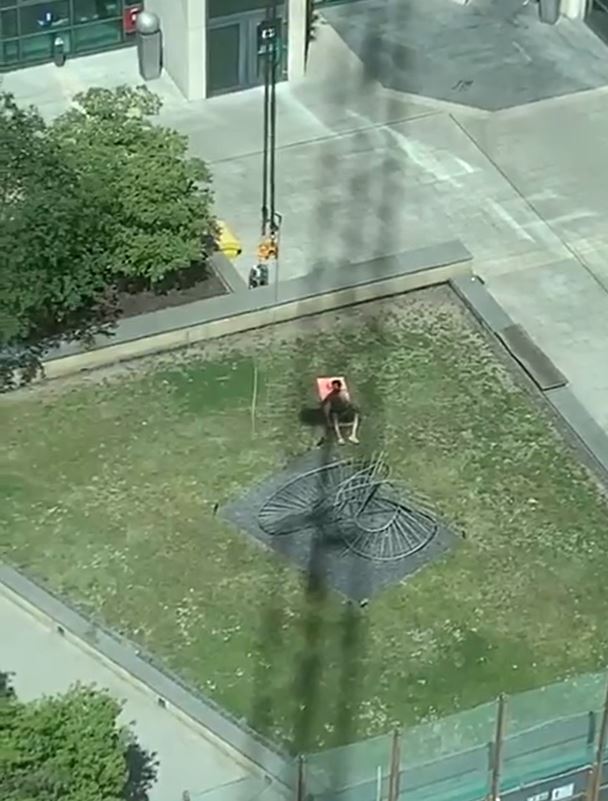 Yeah, nah, what matters is the fella who’s decided to get out onto a patch of grass and bask like a lizard. Deadset, he knows these opportunities don’t come around often, and he’s gonna make the most of it.

Unfortunately, a crane driver who goes by the Twitter handle of LittleMrMillwall, was there to darken his day. Yeah, nah, Mr Millwall didn’t want the bloke to catch too much sun, so he positioned his crane so it cast the sunbather in shade. 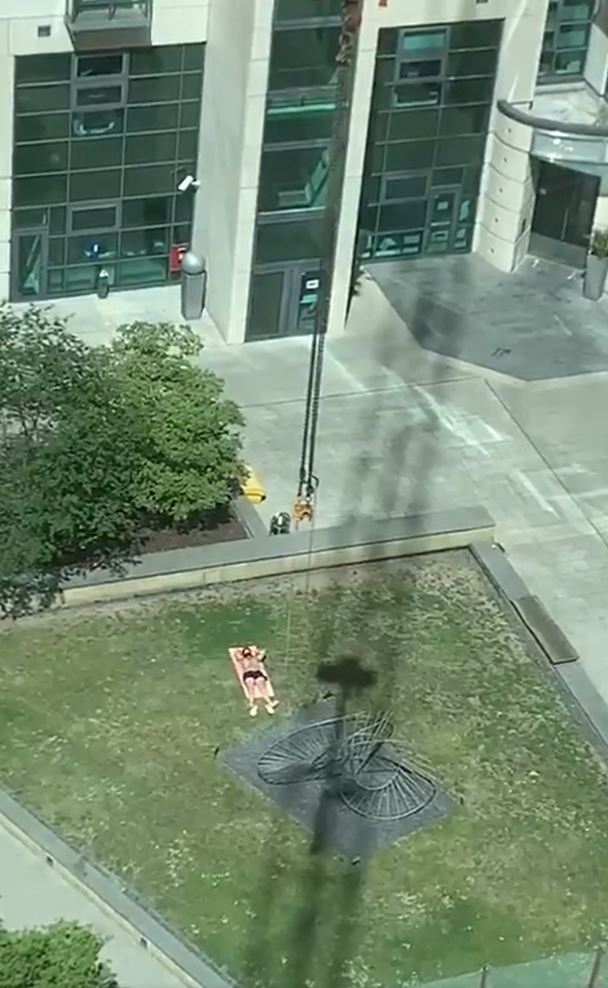 We’re not sure whether the first instance was deliberate, but after that, Mr Millwall is having a bloody good laugh! “Look he’s getting up and moving ‘cos I’ve blocked him in shade. As soon as he moves I’m going to move the block. Look – he’s moving out of the shadow. What a plonker. I’m going to move my block now, I bet he goes and complains. As soon as he lays down – he’s gonna love it. Get him to move again.” 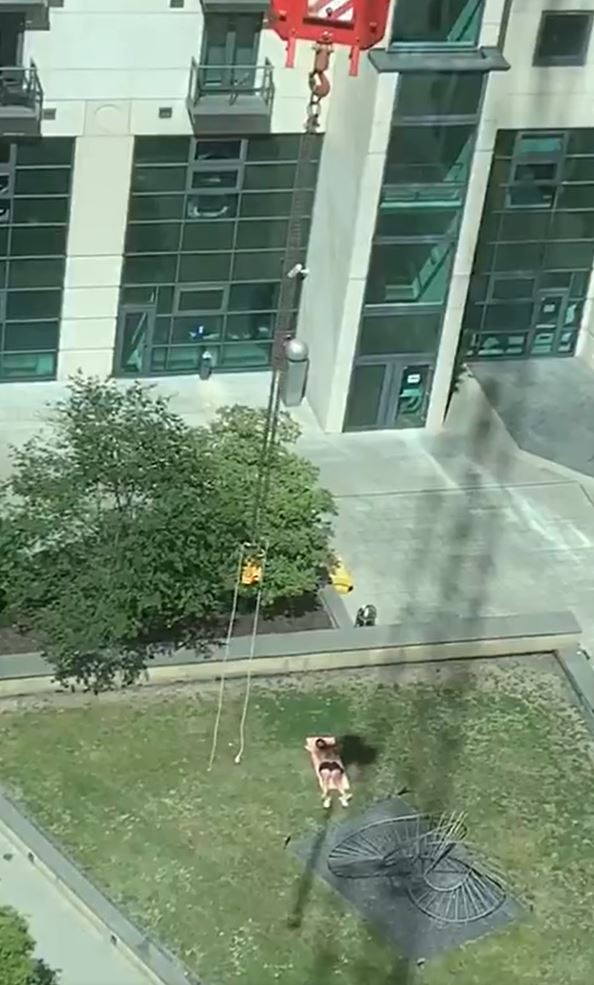 The results of Mr Millwall’s stunt are there for you to see. Have a bloody squiz at the video down below.

Final thought: Yeah, this is exactly the kind of harmless trolling we can get behind. No one gets hurt, there’s no mess to clean up, and the whole thing’s online for us to laugh at. Good s**t, Mr Millwall. Good s**t indeed!

Gotta love crane drivers 😂 ur blockin my sun 😂😎 fuck off u mug pic.twitter.com/fPJIxtl3Ct

If you’ve ever looked back on the past and reflected, you’ve probably wondered what it would be like to give yourself some great advice borne from the power that 20/20 hindsight brings. Considering all the crazy s**t ...