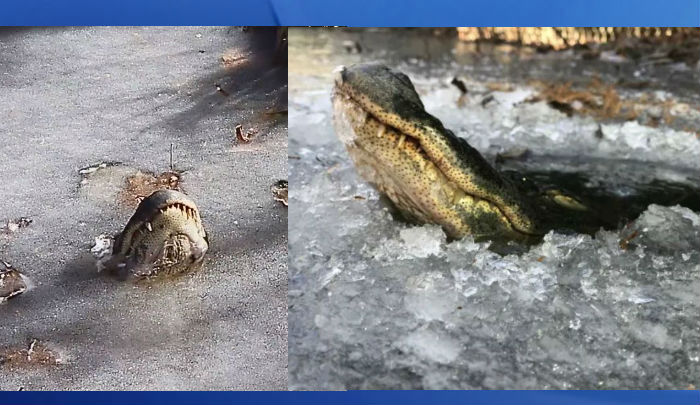 We love a good creature feature here at Ozzy Man Reviews, there’s no doubting that.  What we’ve got for you today is a little different though.  There’s no blood, there’s no guts, there’s no strange confrontation or animal ‘husbandry’ going on, just a unique little trick from our friends, the American Alligators…

I think to really get the best out of this video you’ve got to put things into perspective first.  Now, I don’t know about you, but I certainly don’t associate alligators, caimans and crocodiliacs with places that freeze at all.

I’d have thought those places were anathema to them so to find out they have an inbuilt defense for freezing water is kind of surprising, but some parts of the States where alligators occur naturally do freeze.  Evolution, doing its thing, has given them a natural survival mechanism. 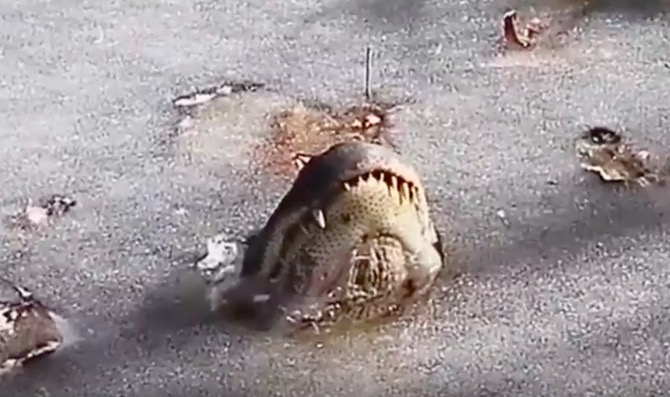 Anyway, picture yourself walking out on the ice for a bit of an ice-skate or ice-fish or ice-whatever the ice-f*** you ice-do on the ice when you notice something that looks a bit reptilian with its nostrils and its teeth like your f***ing thumb sticking out above the surface.

You’d be right if you suspected it to be an alligator’s snout.

They literally stick their snout above the surface of the water as it freezes and then enter a state of dormancy called brumation within the water.  You might have heard Steve Irwin (f***ing legend) talking about this.  They can essentially shut down the non-important functions of their body (like their metabolism).  It’s kind of like a magical yogi going into suspended animation. 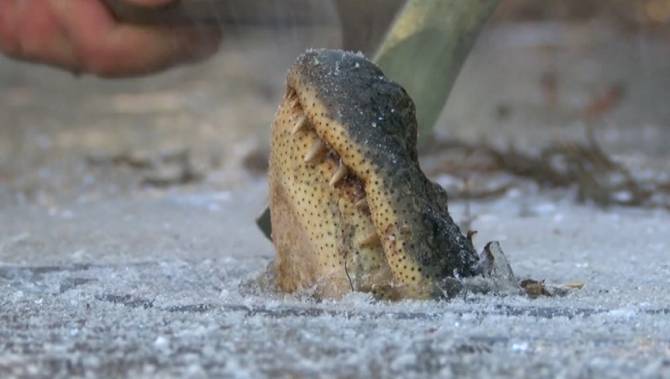 Essentially, the alligators pull a Walt Disney and freeze themselves in place with their nostrils above the ice so they don’t drown.  I guess the only difference is they’re not heartless Nazis and they’ll actually get out of the ice when the weather warms up.

You can find out more by watching the video, filmed at Shallotte River Swamp Park in North Carolina, below.

UPDATE: The ice has thawed, the alligators are back in action and they are pissed! 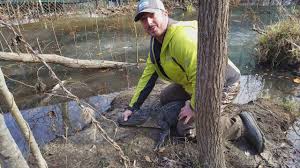 In an updated video, a park employee checks up on one of the formerly frozen creatures.