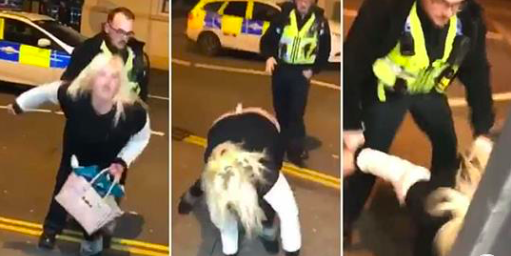 P*ssed sheila gets arrested for twerking on police officer

I betcha when most people sign up for the police academy, that have dreams of solving crimes, protecting the vulnerable and basically doing good stuff for the community. It’s gotta be a tough gig, ruthless hours, not to mention the danger that can sometimes be involved. What most of them probably don’t realise, is that they’ll be spendin’ a lot of time just dealing with wasted knobs in the early morning hours after about 5 too many pints.

This poor cop in the Newbridge area of Gwent in Wales, displayed the patience of a bloody saint, when a smashed party goer got in his personal space; just eggin’ him on to have a little dance with her. 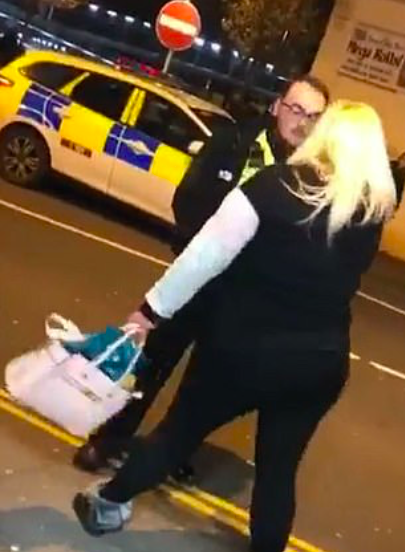 The copper asked the sheila to move on…. You can imagine him just thinking, just go home for  f**cks sake! But she doesn’t comply, she just ramps up her efforts thrusting her ass cheeks against him and twerking, all the while laughing and yelling:

“I”m waiting for you to arrest me! Arrest me with your c**k!” 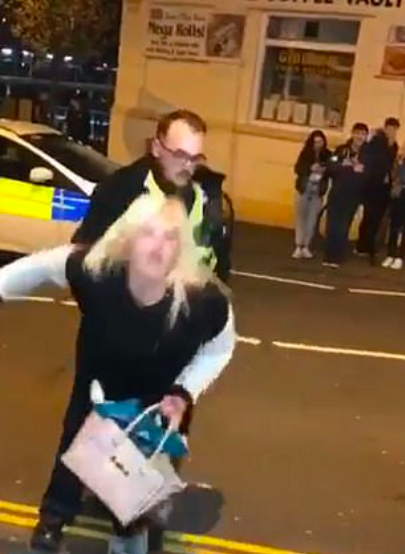 By this time, old mate’s had enough, grabs the chicks wrist and puts her arms behind her back and arrests her for drunk and disorderly.

But this classy lass is not finished yet, yelling “Oh yeah, baby!” as the officer cuffs her. She’s absolutely bloody hammered. 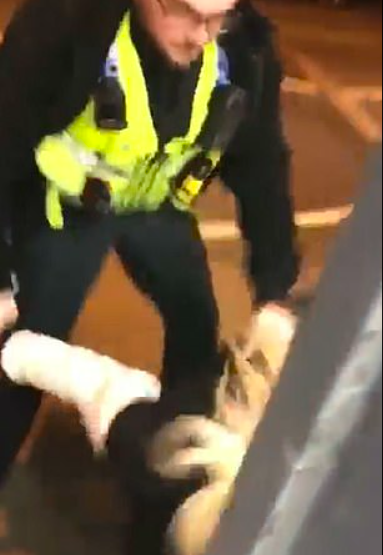 The video was filmed on a Friday night by 17 year old legend, Liam Sammars who posted the clip on Facey as a cautionary tale to all. He said:

I was at my mate’s shop, and she was really drunk, going up to people in the kebab shop.

Classic. Nothin’ better than a Kebab at 3am after a night on the turps, garlic sauce runnin’ down ya forearms as ya wait for your taxi.

Liam was pretty chuffed to see his video on the news too. 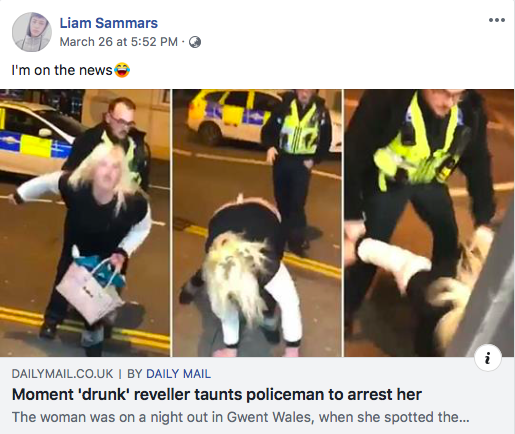 The blokes at Gwent Police Station said in a statement:

At approximately 9.30pm a woman was arrested for drunk and disorderly and was taken into custody.

‘She was released the next morning with a fixed penalty notice of £90.

I gotta know if he was still on duty when she was released… That would have been one epic walk of shame.

I don’t reckon there’s many Ozzy’s that haven’t had a few too many at one time or another… It’s easy to do when you’re out with mates sharing a few frothies and a laugh. But these poor bloody coppers are just doin’ there jobs, and while you’re sloshed, making a d**k of yourself and ending up in a drunk tank, these are wasted resources in my book.

Check out the original video. She’s a bloody mess: