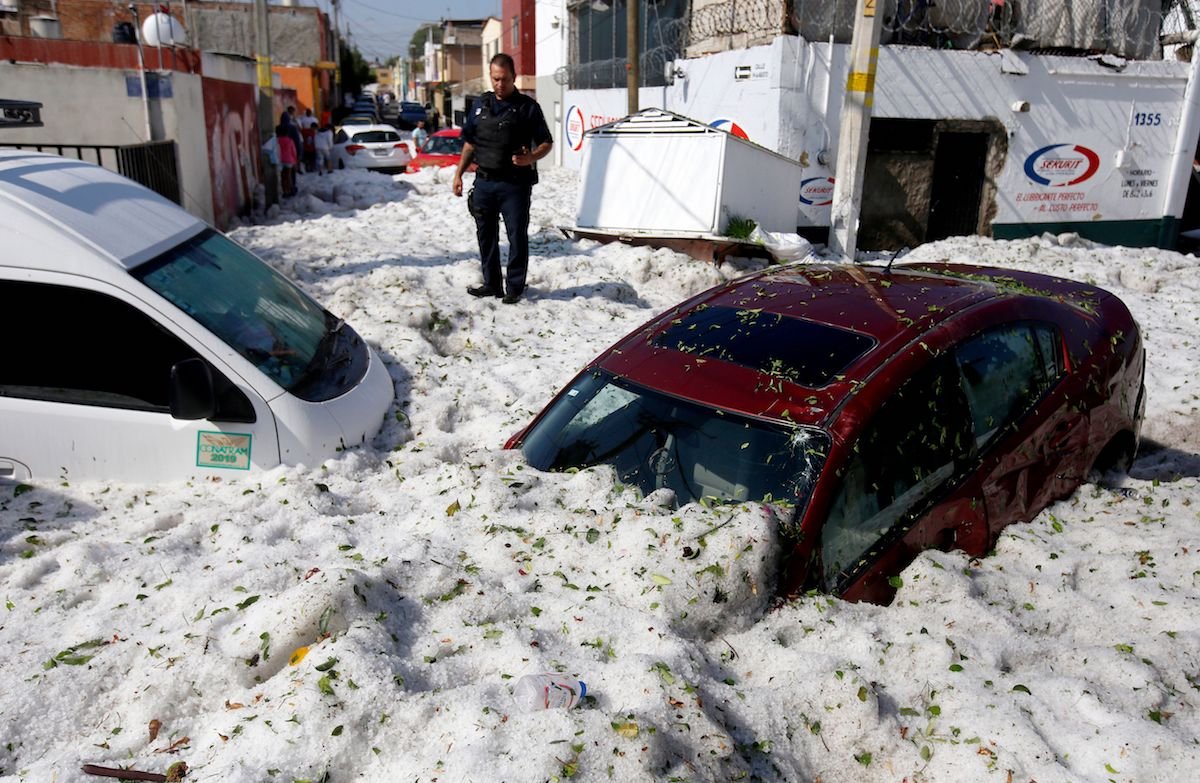 If the weather can be a but unpredictable where you are, you’ll know that it can be pretty bloody annoying when you’ve dressed for cool weather and the sun comes out to toast your bollingbrooks. On the flip-side, you’ll know it can be a cause for mild concern when you haven’t packed your umbrella and it bloody rains. If you’re from Guadalajara in Mexico, you know it’s absolutely befuddling when you’ve had a solid few days of beautiful 31 degree weather and then you get a hailstorm so bad, it buries your city in five feet of ice.

Obviously, anyone who’s ever paid attention to stereotypes knows that we don’t have too much of a problem with ice in Australia.

Sure, there are a few places where it really makes things unpleasant – like Caboolture – but generally speaking, the weather here is pretty bloody swish. 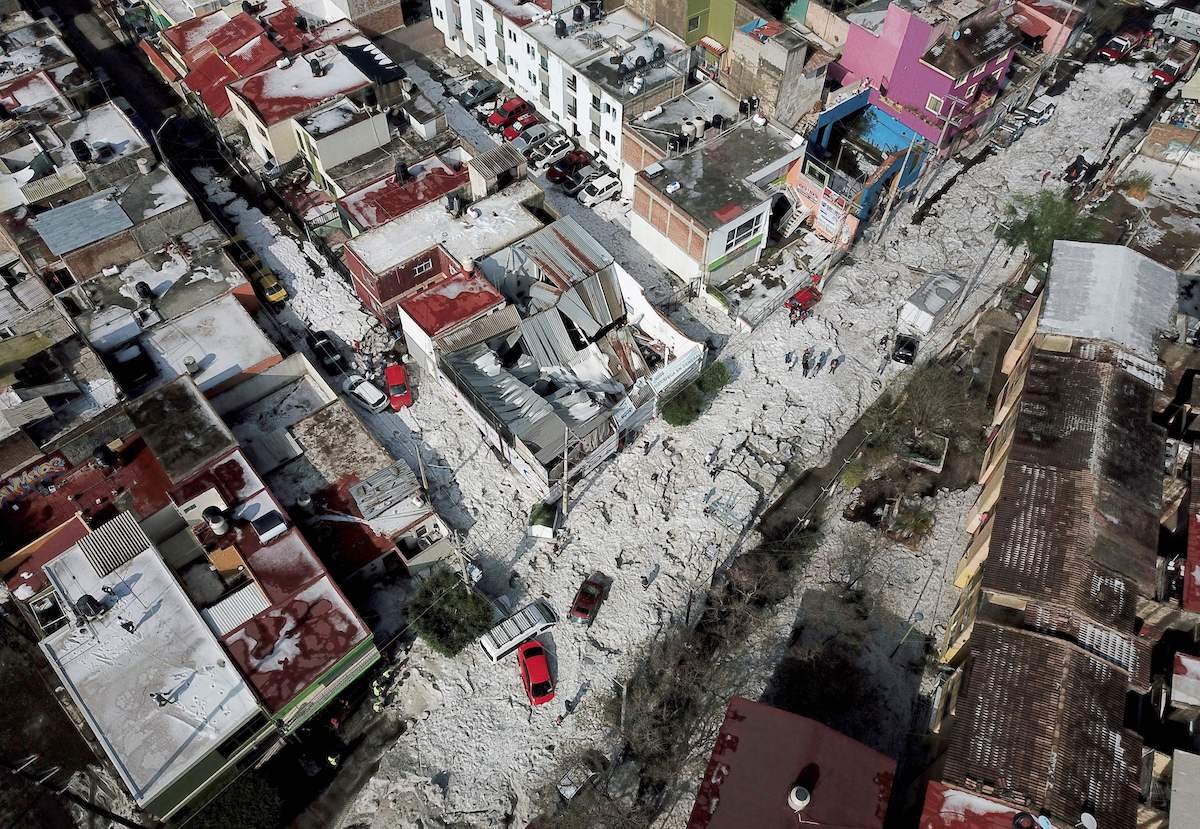 And, no, you don’t get a say in this Tasmania. Tell it to your other head.

Anyway, getting back to the point, Guadalajara, the capital of Jalisco in South-west Mexico was not expected to be blanketed with real-life ice when a freak hailstorm pummelled the city a couple of days ago.

Jalisco’s governor, Enrique Alfaro Ramirez, no relation to Richard, said, “These were scenes that I had never seen before.” Deadset, he reckons it was so bad, he even added, “We asked ourselves if climate change exists.” There’s no word on whether he looked at his cronies and they all shared a good laugh after that. No word at all…

Fortunately, there are no reported deaths or injuries as a result of the storm, which – we’ll say again – blanketed the streets in ice. Cars were literally buried. It looks like a bloody snowstorm hit the place – and considering the previous week’s weather, that’s bloody absurd. 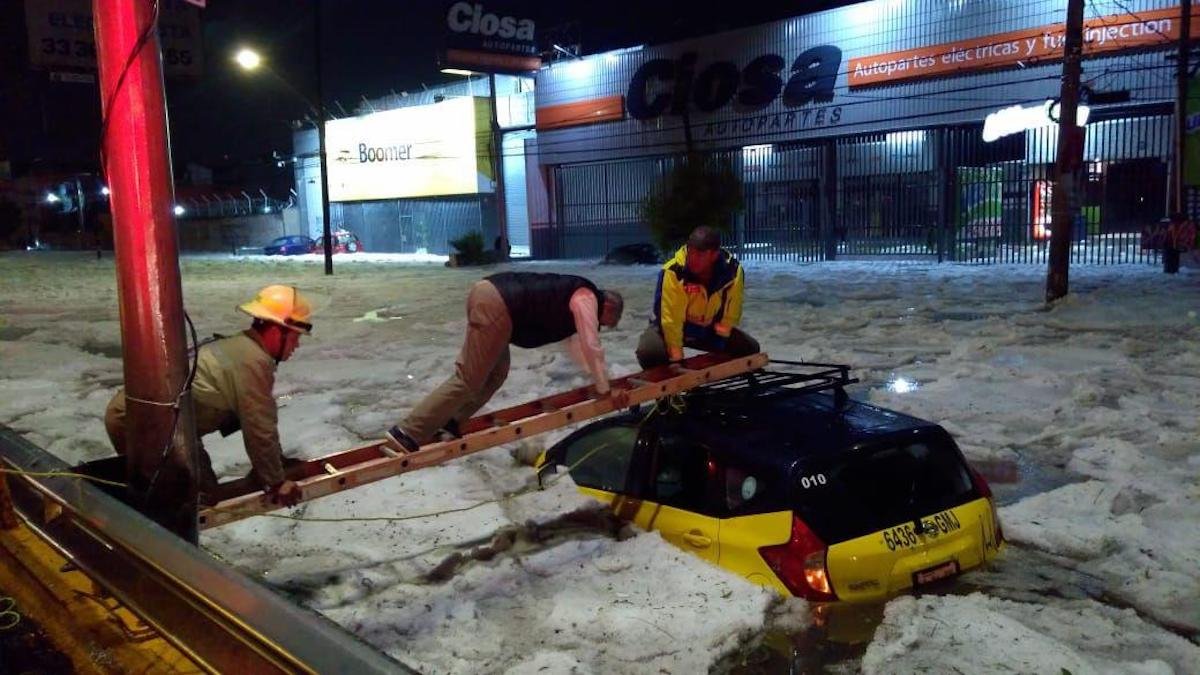 In hilly areas, at least fifty cars were swept away. Whether that means they plummeted off the side of the hills, we’re not sure, but we’re gonna make out like it does. Imagine how bloody frightening that must be. One minute your car’s there where you left it; the next it’s gone bye bye and the folks at the bottom of the hill are calling out, “Heads up!” 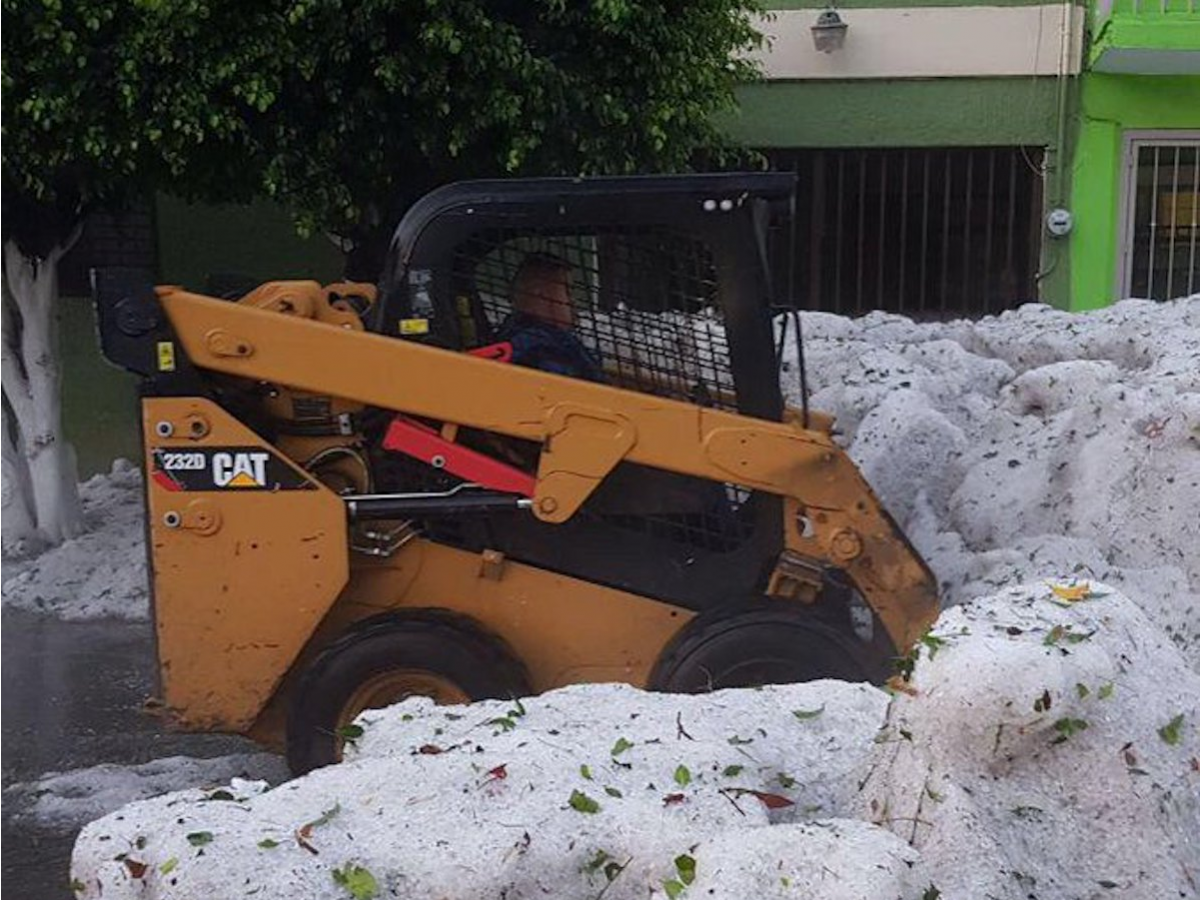 Of course, while we make jokes, some people are still struggling to get into the cars. In some cases, they even had to use ladders and go in through the sun-roof because the cars were submerged in the ice. 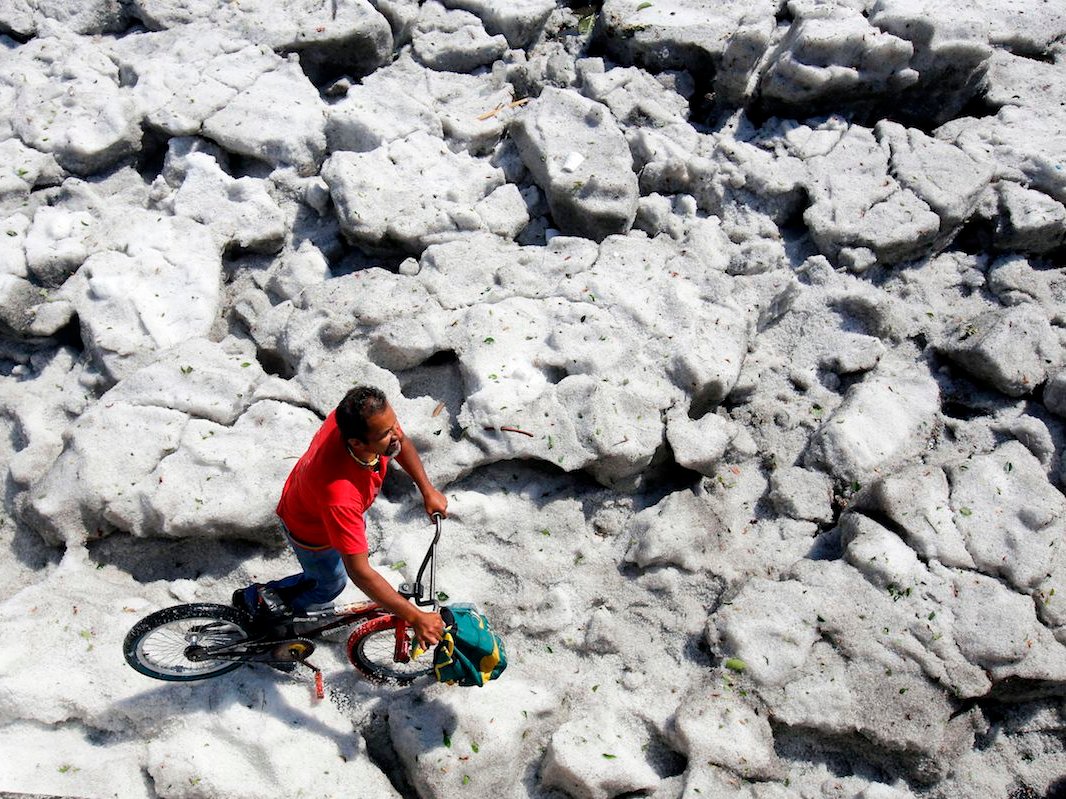 Final thought: This is some bloody hectic weather. It really looks like there was no warning. After all, when the radar even threatens hail here in Ozzyland, the blankets and mattresses come out and everyone suddenly finds an extra couple of car spaces in the garage. So, keeping in mind this looks like it happened out of the blue, there’s only one thing left to say. Bloody crikey!