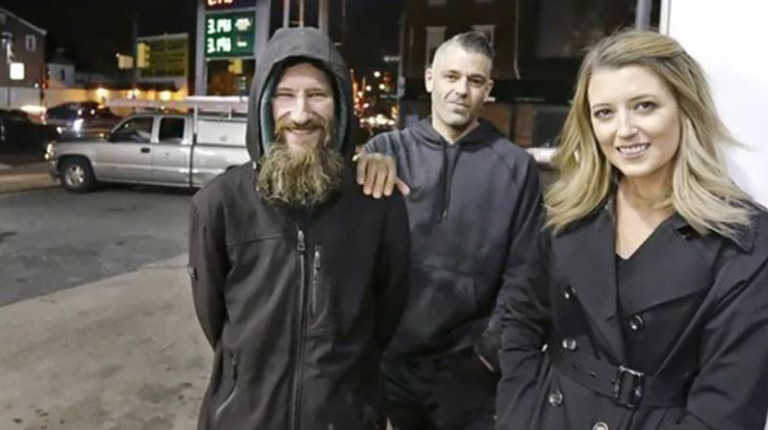 Couple and homeless man charged with conspiracy over $550,000 GoFundMe

You may remember a while back a ‘paying it forward’ Go-Fund-Me campaign designed to help homeless bloke, Johnny Bobbitt Jr, get back on his feet, turned into the feel-good story of the summer. It had all the makings of an emotional story about a down-on-his-luck good guy who just needed a leg-up so he could make good and show the world that he really was an upstanding guy. Well, it turns out the couple behind it are completely full of sh*t and the whole thing was a rock of sh*t.

Cast your mind back to last year. That’s when Mark D’Amico and Kate McClure first came across homeless bloke, Johnny Bobbitt. And in fairness, they did apparently meet Bobbitt – just not in the way they advertised in a campaign which misled 14,000 contributors into donating money. 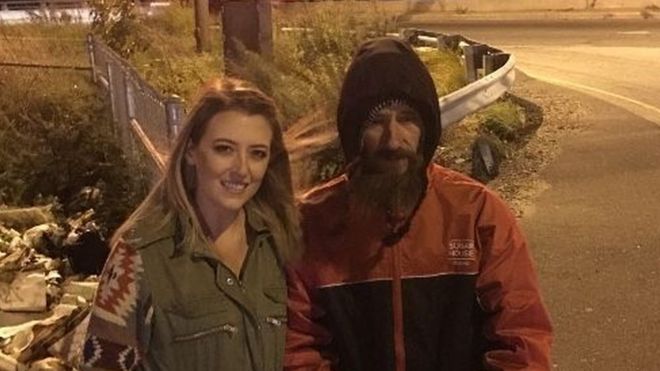 The yarn they spun saw McClure claim she’d run out of gas when Bobbitt approached her car and offered to use his last twenty bucks to help her out. This was, as you may have gathered by now, a big fat load of horsesh*t. D’Amico and McClure claimed to have been inspired by this imaginary act of kindness and the two set out to raise $10,000 to help Bobbitt back onto his feet.

Anyway, as you’ve gathered, the campaign went f**ken gangbusters. It raised more than half a million US – that’s about three quarters of a million in Ozzy dollar-doos. Of course, as rip-off merchants, the couple were profiteering – and although they did pay Bobbitt over a hundred-thousand, he began to get a bit f**ken worried they’d spent it when he didn’t see the rest. 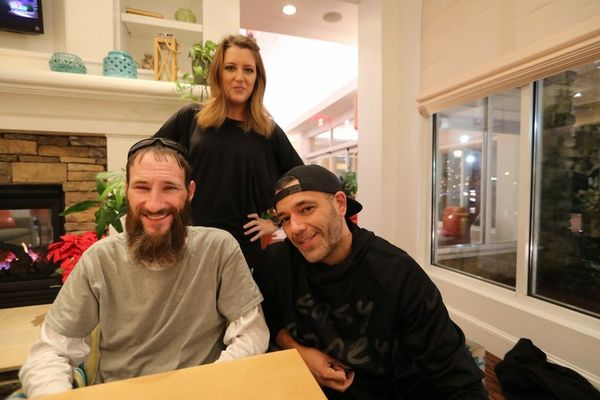 As you’d expect, the whole thing ended up in court. McClure and D’Amico claimed they were letting Bobbitt have the money in dribs and drabs because of his substance abuse issues, but when a judge ordered them to pay up, they couldn’t. Yeah, nah, they’d spent it on holidays, gambling and shopping sprees.

This, in turn, brought the whole thing to the attention of prosecutors, who realised the whole story smelled a bit fishy. They looked into it and found the story was concocted in a collaborative rip-off by Bobbitt and the couple. Yeah, the campaign was based on a lie, and after reading 60,000 texts, Prosecutors have charged the whole lot of them with conspiracy.

Go-Fund-Me have promised to give all donors to the cause full refunds. They said, “One fraudulent campaign is one too many, but when it does take place, we take action to protect donors.”

If the charges stick, they could all spend up to ten years in jail. 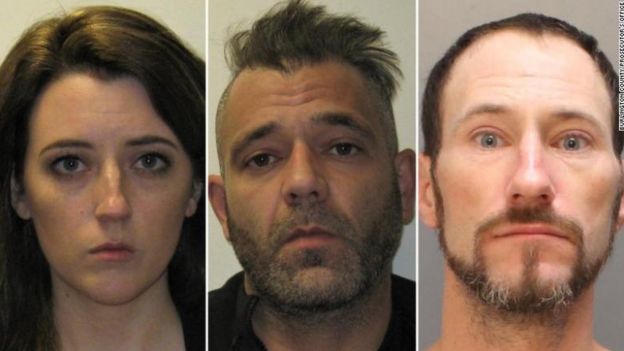 Final thought: Crowd-funding has been a bit of a boon for independent businesses, creators, artists and charity-cases. It’s a shame it’s been misused like this – although it was always bound to happen. Let’s just hope it doesn’t deter folks from donating to real causes.