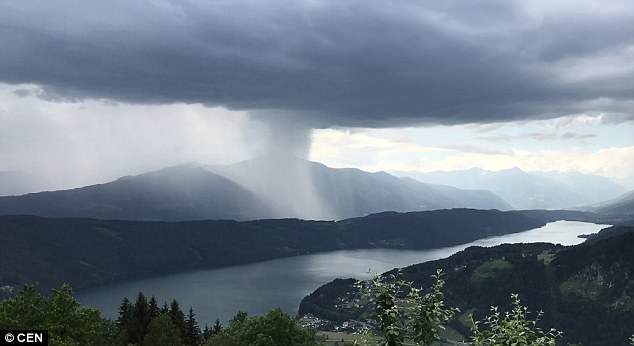 Mother Nature is an awesome sheila. When it comes to impressing the onlookers with a bag of tricks, she has all the goodies. From her freaky fauna and flamboyant flora to her fabulous phenomena, the old duck knows how to put on a ball-snorter of a show. Check out this video of a wet microburst over an Austrian lake to see an incredible downpour of water!

Righto, wankers, this vid’s pretty bloody awesome. It’s not like microbursts are unheard of, but being there to capture one as the sky opens its bladder and pisses its contents down in a gush like this is lucky-as-f**k timing.

Thankfully, the bloke who shot the vid, Peter Maier, a twenty-seven year-old Austrian, is as prepared as any good Baden Powell acolyte is. The b*stard carries five or six cameras at all times. Five or six! Bloody hell! 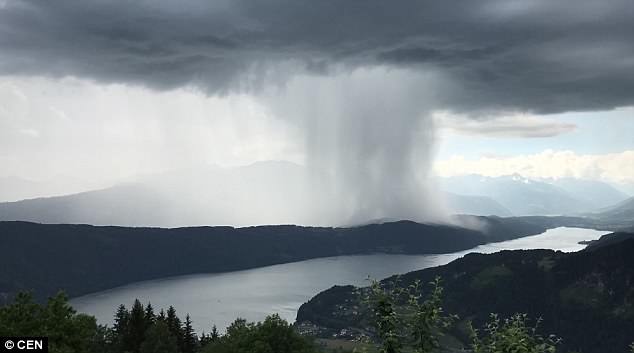 He described the downpour as a ‘tsunami from heaven’ and posted on Facebook with a comment saying that ‘one can’t plan on capturing such images. It was a lucky shot.’ 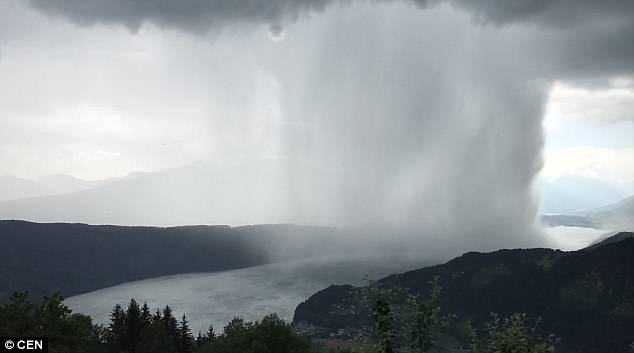 Microbursts are usually produced by thunderstorms or rain-showers and are known to be a regular hazard for pilots.

Having a look at this thing, it’s pretty f**ken epic how it travels across the vista and gives the lake a bit of a top-up. Look at that cloud roiling across the sky. It’s almost like someone just pulled a plug out of the cloud and let the water piss down. 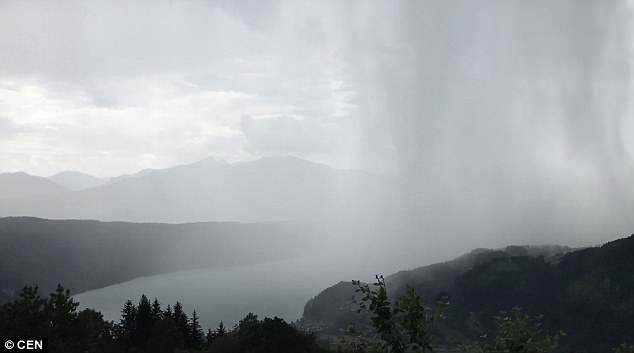 Final thought: Majestic sh** like this is a massive part of Mother Nature’s appeal. Maier, the photographer, is an avid mountaineer and if you get to see sh*t like this while you’re traversing the peaks, it’s easy to understand why. What are the coolest things you’ve seen in nature? Hit up the Facebook comments with your contributions.