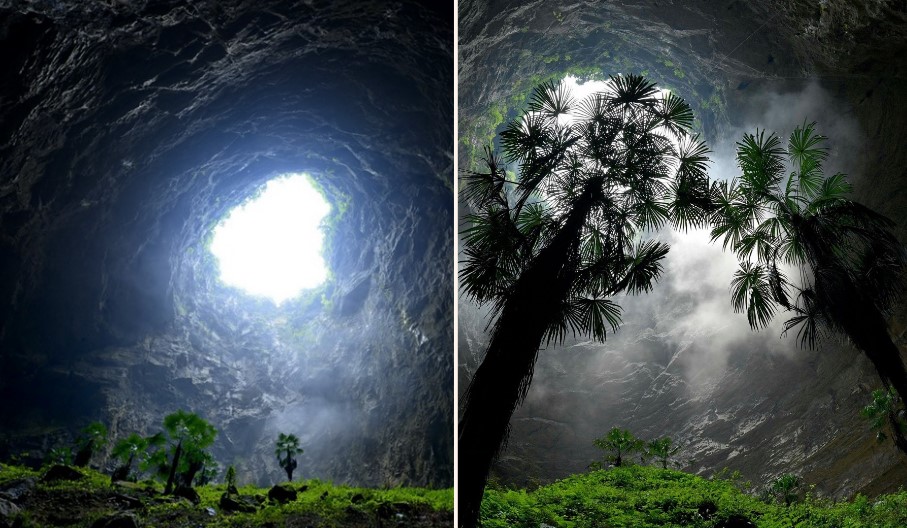 We don’t know about you f**kers, but we bloody remember stories where ancient worlds are found beneath volcanoes, sinkholes and the arctic pretty f**ken fondly. Yeah, nah, whether you’re talking about The Savage Land in Marvel comics, Journey to the Centre of the Earth, or any other fictional story, you’ve probably thought the reality was pretty unlikely. It’s not, though. Deadset. Check out this ancient sinkhole forest that scientists have just explored in China…

All right, we’re just gonna start by saying this s**t is f**ken mintox. Located in Leye County, in the China’s Guangxi Zhuang Autonomous Region, the sinkhole was only discovered by spelunkers on May 6. The cheeky buggers found three cave entrances inside the 1,004 feet long and 492 feet wide void.

What's that? Oh, just a forest inside a sinkhole in China. pic.twitter.com/PvWpC38QGP

Clearly, that’s some seriously cool s**t. Even better, experts reckon there’s gonna be tonnes of previously unknown to science species in there. Expedition leader Chen Lixin reckons, “I wouldn’t be surprised to know that there are species found in these caves that have never been reported or described by science until now.”

As above, so below? China finds ancient forest underneath mountain! https://t.co/S4KP2pbaRt

China’s pretty much prime territory for sinkholes because of its karst landscape. Lixin says, “In China you have this incredibly visually spectacular karst with enormous sinkholes and giant cave entrances and so forth. In other parts of the world, you walk out on the karst and you really don’t notice anything. Sinkholes might be quite subdued, only a meter or two in diameter. Cave entrances might be very small, so you have to squeeze your way into them.”

Clearly, though, it’s all worth it. Imagine being the first to officially lay eyes on something as awesome as this. Yeah, nah, it’s pretty f**ken grouse.

Final thought: All right, this is bloody rad. Let us know what you’d do if you found it. Would you try to pimp it out for fame and fortune, or would you keep the knowledge secret? Share your thoughts in the comments section!

A cave exploration team discovered a giant sinkhole in southern China, bringing the number of such sinkholes in the county to 30. pic.twitter.com/a4IVFogIG9

Just in case you missed it, here’s one of Ozzy’s latest commentary videos…Ozzy Man Reviews: Cats being dodgy #5!