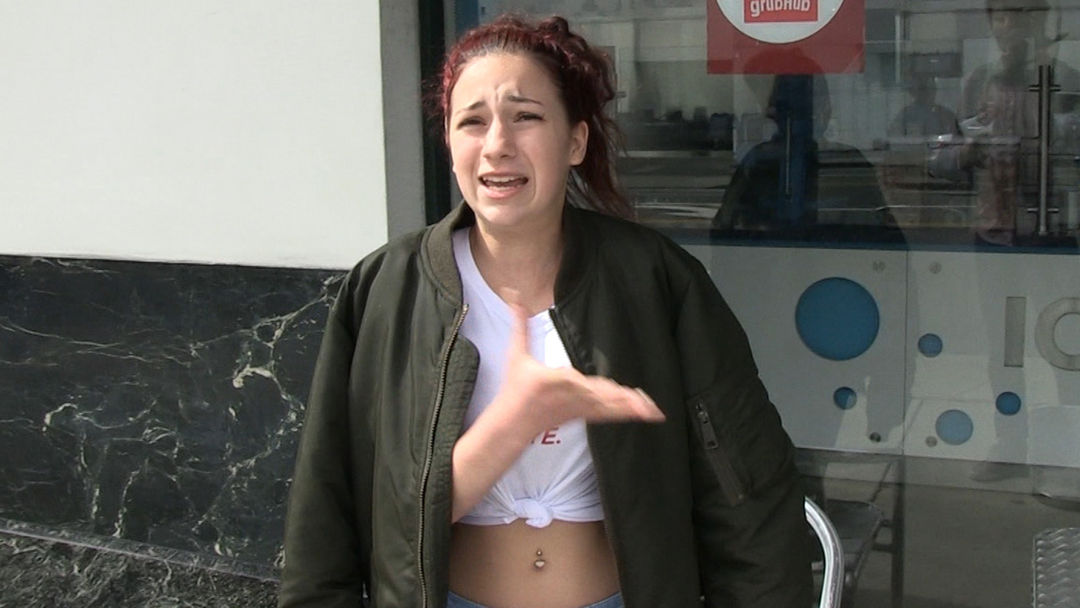 Wow. If you think the Cash Me Outside girl is functioning on a negative number of brain cells, you’re going to love her new ‘rival,’ Victoria Waldrip aka Woahvicky.

This lovely lady already has her own Urban Dictionary Entry:

But what’s more important is that she’s released a new video where she picks a fight with the Cash Me Outside girl. Welcome to fight day.

If you don’t mind feeling like you’ve trodden on dogsh*t right after watching a video, you have to have a look at this.

First of all though, some context.

Waldrip claims to be black. She also says she’s from Zone 6. I’m going to be honest; I don’t have the foggiest idea what the bloody hell that means and I’m not sure I want to.

In one video, Waldrip provides an ‘education’ on how to be black. I really can’t tell if it’s a racist parody or if she’s escaped from a mental asylum somewhere, but if you can get all the way through the video you’re doing well. According to Waldrip – who is now apparently 17 and up the duff – black people have a certain walk, a certain lingo and hang out at ‘cookouts’. F*** me sideways, it sounds like something King Billy Cokebottle would have said.

She also explains that although her mother told her she is white, she did some research on ancestry.com and found out she was 25 per cent black. Yep, 25 per cent. Wouldn’t that mean she could just look at Nan or Granddad to figure it out?

That could explain the blackface photo which she has since removed… Woahvicky vs Cash Me Outside girl.

In a real battle of intellectual giants, Waldrip has called out the Cash Me Outside girl on her fake breasts (isn’t she still a child?) and accused her of being the “city’s fake-as-f*** b*#ch,” who wished she could, “say n****er as well as me (Waldrip) but b*#ch you can’t.”  Won’t somebody please think of the rules of grammar?

She then accused Bregoli (Cash Me Outside) of being white.  Presumably she’ll be calling the pope a Catholic next.

If you’ve got the balls to watch the video, go ahead. It’s pretty uncomfortable viewing.