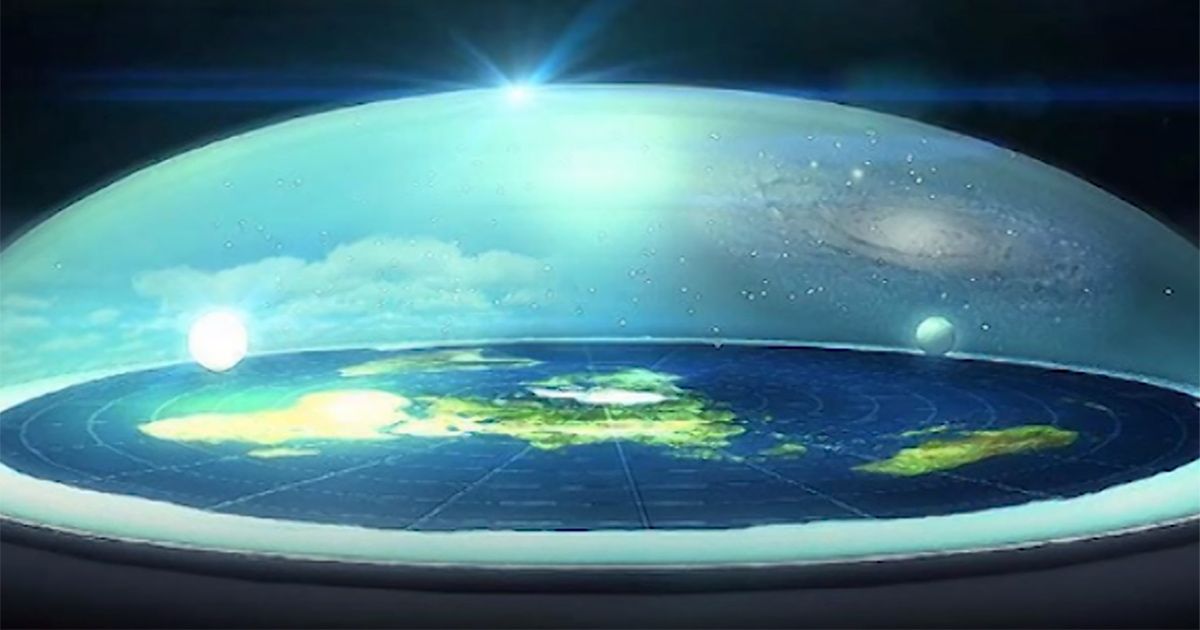 The world’s full of strange beliefs.  When you question people you can hear all sorts of weird and wonderful things.  Especially when you talk to someone who thinks Earth is flat.

Seriously flat. Like bloody flat. Like a pancake. Or the Netherlands. Or that guy in Austin Powers who was run over by a bulldozer.

We have a name for people who believe this kind of thing. And no, it’s not ‘bloody gullible wankers’, ‘deluded morons’ or ‘tinfoil hat-wearing mentalists’.  It’s flat-earthers.

There is a whole society of these fruitcakes: The Flat-Earth Society and incidentally, they think that because the UN Logo is kinda similar to theirs, the UN is ‘in on it.’

So it made for interesting reading when the blokes over at LADbible were able to interview a flat earther about his beliefs. If you know Lad Bible, you know they took the whole thing very seriously.

We’ve paraphrased some of the questions and answers for your enjoyment. Don your tinfoil hat before you jump on in.

Q: Why would NASA and the world’s governments conspire to tell us the earth is flat?

A: When NASA originally faked the news they had been to space they also faked photos to prove they had been there. They made those photos round to match the popular belief and now they have to stick with that story or else we’ll all know they never made it to space.

The cities in the background are approx. 16miles apart… where is the curve ? please explain this pic.twitter.com/YCJVBdOWX7

Is it just me or do you think ‘fair dinkum?’ when you hear that as well?  But wait, it gets even better. Apparently, the earth is flat, but all the other planets are round.

Q: I’m curious to know why our planet would be flat compared to the other spherical celestial bodies?

A: It’s so bizarre. If I told you that I have five pieces of furniture in my room, and four of them are chairs, would you suggest that the fifth item must also be a chair?

Check out the whole interview over at LADbible. Just hope the madness isn’t contagious.

This house with over 1,000 nude pics inside has gone up for sale

Everyone knows that a blokes home is his castle. And you should be able to have it sorted in whatever way you see fit. Pool room? Sweet. Big ass shed in the back yard? No worries. Close to 1000 nudie pics all over...