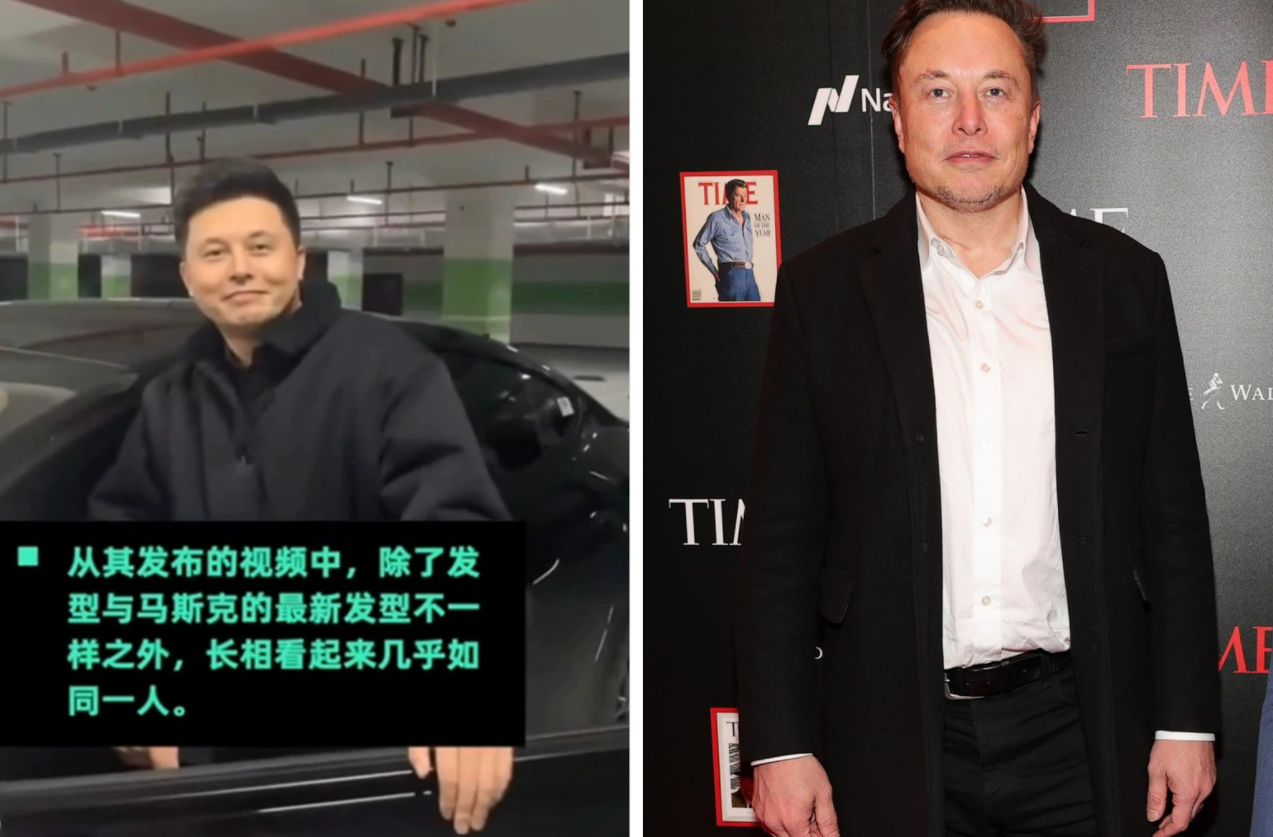 We’ve probably all heard the old truism that somewhere out there in the world we’ve all got a doppelganger. Yeah, it’s not really something grounded in fact, but that’s not to say that you don’t sometimes see blokes and blokettes who look a lot like people you know. Usually, though, it’s just a coincidence and doesn’t get you thinking too much. Of course, sometimes a similarity might by so spot-on it gets you questioning everything. Just ask Elon Musk…

Yeah, look, we know Elon Musk loves to insert himself into every story and that he’s probably got alarms set on his Twitter so that he gets a notification whenever his name comes up, but this one’s genuinely a bit of harmless fun. We think.

Yeah, nah, we know he’s probably a supervillain who’s just waiting to strike, but you can’t say that Musk doesn’t have a sense of humour, and that came into play when he caught wind of this story.

Basically, a bloke in China went viral overnight when an image of him beside a luxury car was shared online. In practically no time at all, the bloke – who comes from Suzhou, in the eastern China province of Jiangsu – saw the picture go viral.

According to reports, some funny buggers even gave the man a nickname, Yi Long Musk, in honour of his similarity to the blunt-smoking space-travelling, solar-powered-car-driving memelord.

And, as we already mentioned, Musk himself couldn’t resist weighing in. Upon seeing the image on his Twitter feed, he said, “Maybe I’m partly Chinese!”

We have finally found the next Elon Musk. He's Chinese and has been nicknamed Yi Long Musk.

We don’t disagree. Old mate’s certainly a dead-ringer for Musk. Maybe Musk’s old man spent some time in China and fathered another Musk.

Final thought: We bloody love the internet for stories like this. Deadset, as a matter of fact, we even hope old mate can spin it into a few dollars for himself. Anyway, in the interest of doppelgangers, clones, and long-lost twins, who’s your celebrity lookalike? Let us know in the comments section.

Just in case you missed it, here’s one of Ozzy’s latest commentary videos…Ozzy Man Reviews: People Vs Ice #3