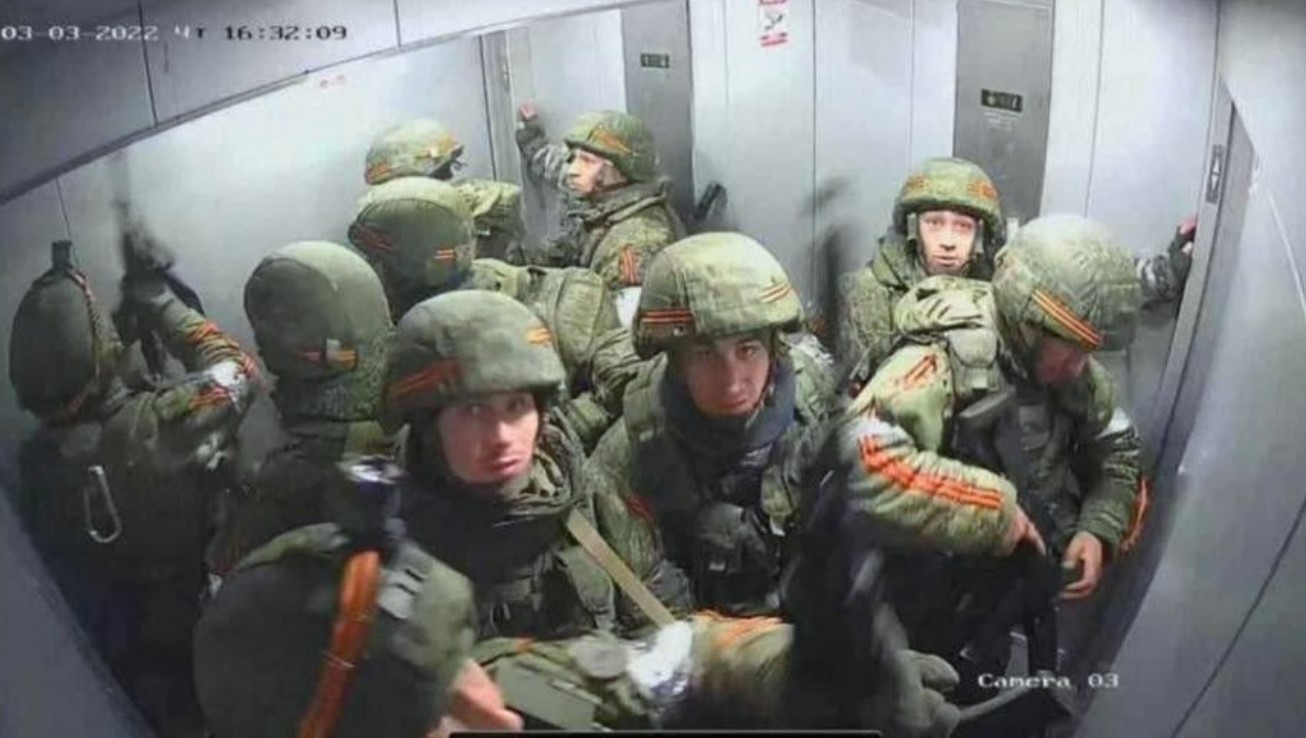 As you know, the Russian invasion of Ukraine has been the big news lately. In fact, it’s been such big news, that it’s the first war to be given the tag of ‘the TikTok war’. It’s kinda obvious why this has happened, but it makes for interesting discussion. Take this photo of Russian soldiers for example. Apparently, the silly buggers were too lazy to take the stairs and found themselves trapped in the elevator by the building’s administration. Check it out…

All right, we’ll be the first to admit that when it comes to this sort of s**t, there’s really no telling whether it’s fair dinkum or whether it’s complete bollocks. Yeah, nah, it’s not verified, and it seems a little far-fetched, but we’re not security experts, we’re just your friendly local Ozzy Man Reviews team.

A team of Russian soldiers wanted to use the elevator to reach the roof of an office building.

The Ukrainian administration of the building trapped them inside by cutting off the electricity.

The Ukrainians also used an industrial camera to take this commemorative photo. pic.twitter.com/JwF9tHh1T5

With that said, have a go at these silly c**ts. Yeah, nah, we mean it. This seems so schoolboy that it just can’t be right. If this was the sort of thing that happened in a video game, you wouldn’t believe it. Nevertheless, there’s plenty of info coming out suggesting that the Russian troops aren’t particularly well trained.

What are the odds this Russian suggested they all take the stairs, but nobody listened? pic.twitter.com/WDMit4RutF

Anyway, as you can see, the image claims, “A team of Russian soldiers wanted to use the elevator to reach the roof of an office building. The Ukrainian administration of the building trapped them inside by cutting off the electricity. The Ukrainians also used an industrial camera to take this commemorative photo.”

Idk i think this is the one that suggested the stairs pic.twitter.com/H9REl1ledG

On the face of it, it looks real enough, but by the same token, you’d have to think that if these heavily armed soldiers actually were trapped there, they’d be gasping for air by now. Or worse. Yeah, nah, it’s not nice to think about, but we’ve all played games and seen movies. It’s pretty clear what would probably happen if they were really trapped there.

Nah, it’s definitely this one. He looks way too annoyed that they’re stuck pic.twitter.com/eHKkbD7LoV

Despite all that, it has gone viral, and people are loving it. Give it a gander.

“I told these goofs we should take the stairs…
but did they listen?
Noooo
They never listen to me” pic.twitter.com/RFrO4sC2B2

Final thought: Once you’ve had a squiz let us know whether you reckon this one’s stretching the truth or whether it’s fair dinkum and deadset legit. See you in the comments section.