F**k yes, Russia! F**k yes! Here we all are, still thinking you’re busy dicking about with bears and having your plans to turn them into super-soldiers backfire on you, but you’re bloody way past that. It turns out that having mastered the art of brainwashing bears – or quit because you know, f**k doing hard s**t – you’ve now turned your attention to the oceans. While we were all laughing at Dr Evil’s request to have sharks with frickin’ laser beams attached to their heads, you were training beluga whales to carry weapons and cameras. Kudos, you clever b**tards.

Deadset, as you know, we love a Russia story, because it all seems like it come straight out of a Grant Morrison comic book. 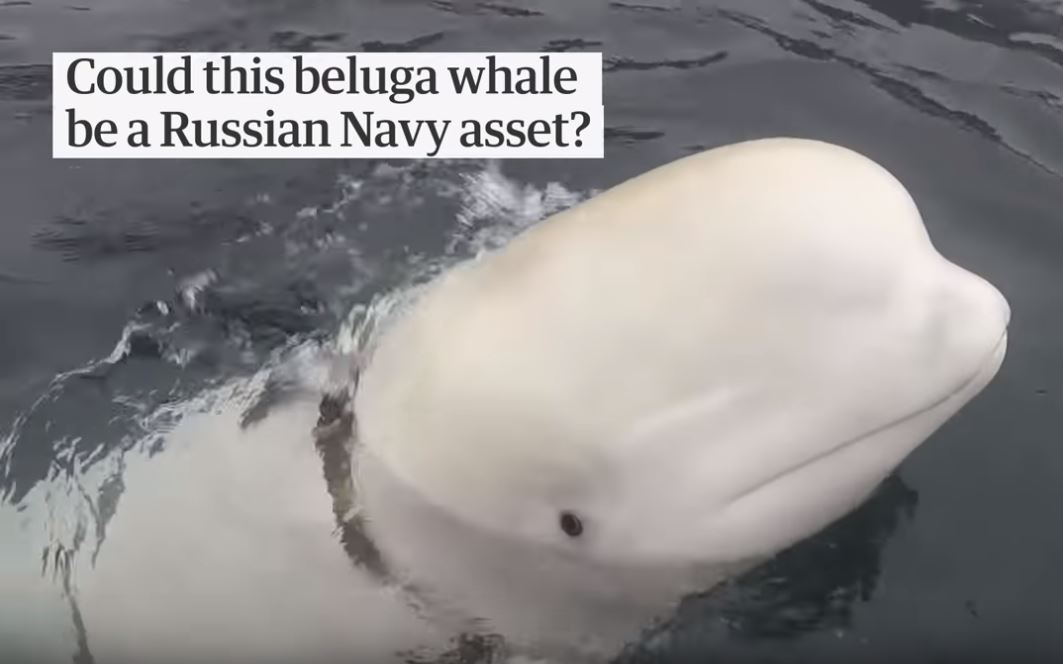 The latest actually takes place in Norway, but the experts are saying those rascally Russians are at it again. 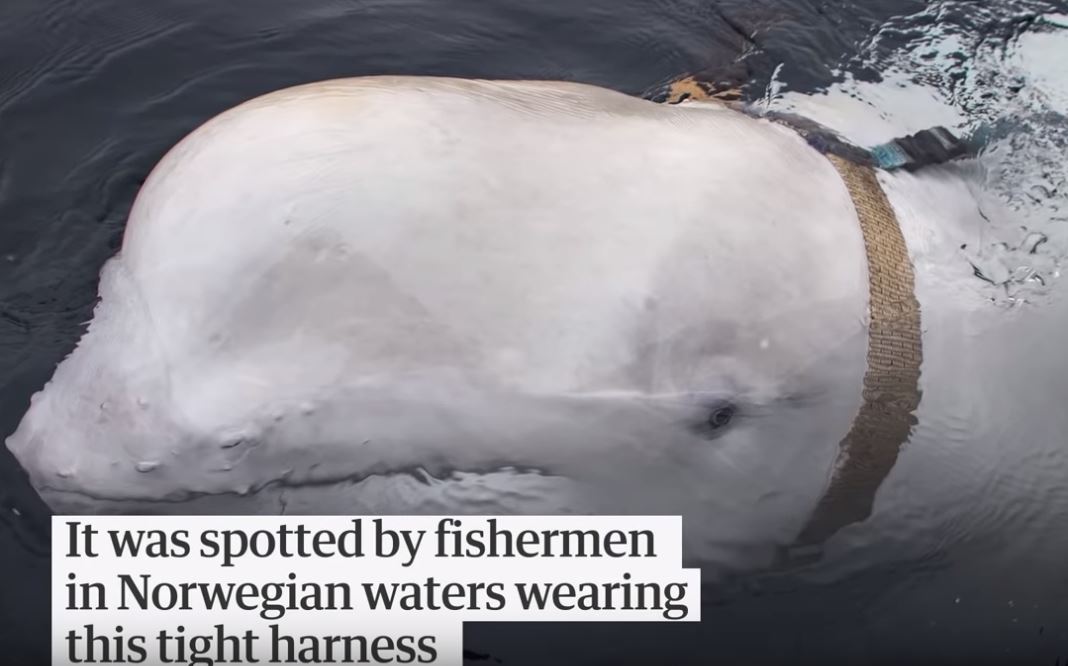 It turns out that some fisherblokes near the Norwegian village of Inga were having a whinge about a bloody whale with strange harnessing on its head harassing their boats. One of these fisherblokes, Joar Hesten, told NRK – a Norwegian News Channel – that, “We were going to put out nets when we saw a whale swimming between the boats. It came over to us, and as it approached, we saw that it had some sort of harness on it.” 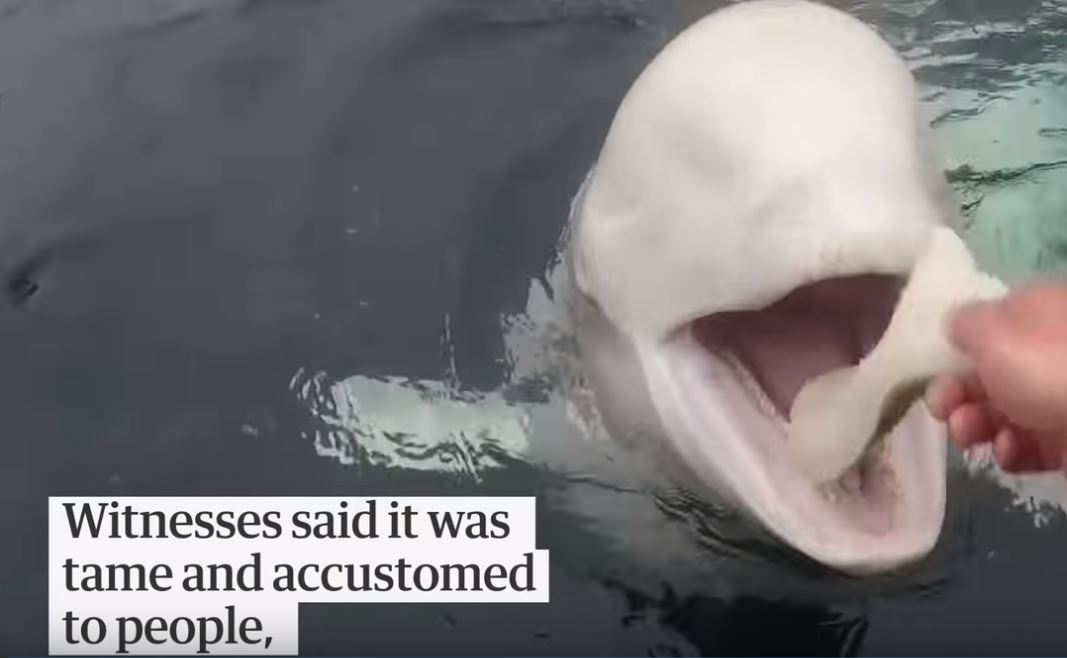 Apparently, the strange behaviour of the animal and the fact the harness appeared to contain mounts for a camera or a weapon, and bore the words ‘Equipment of St Petersburg’ has experts thinking it might have received military-grade training from nearby Russia.

“If this whale comes from Russia – and there is great reason to believe it – then it is not Russian scientists, but rather the navy that has done this,” said Martin Biuw of the Institute of Marine Research in Norway. 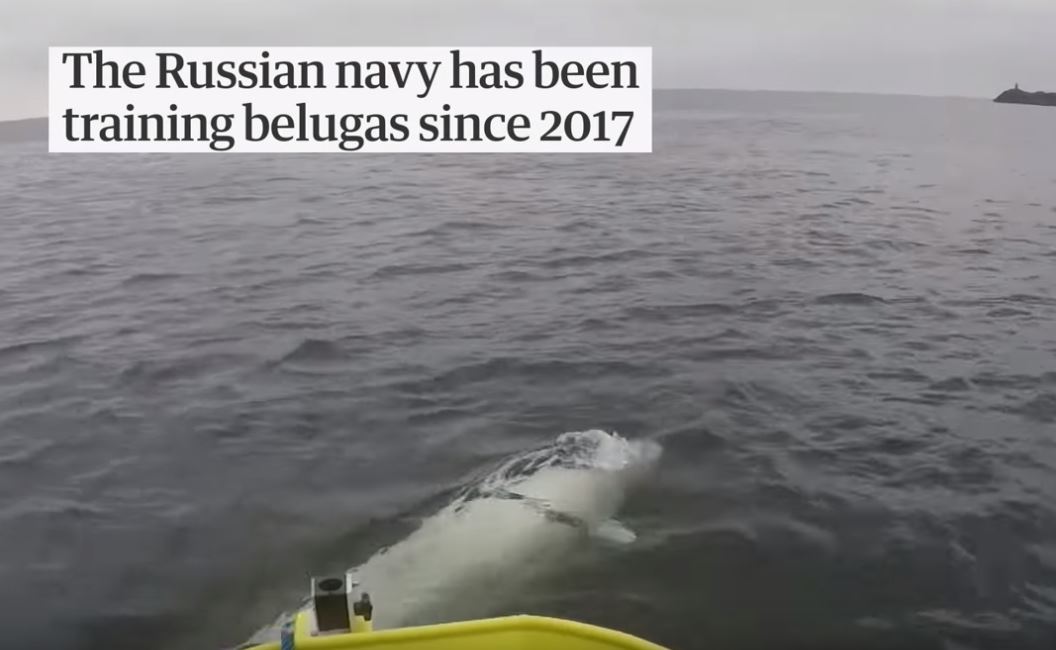 His mate, Audun Rikardsen, professor at the department of arctic and marine biology at the Arctic University of Norway (UiT), told NRK: “We know that in Russia they have had domestic whales in captivity and also that some of these have apparently been released. Then they often seek out boats.”

Final thought:  While this is all pretty f**ken rad, it might also be a bit of a worry. If these things are escaping, and they’ve got military-grade training, then it’s not the sharks we need to worry about. It’s the Russian soldier-whales. Still, proper henchman-style’s not really a bad way to go out is it?