We’re pretty sure that plenty of you blokes and blokettes out there in the comments section are keen as mustard when it comes to fishing. We’re betting you’ve got secret spots, lucky charms and even a few tall tales, but we’re reckoning not too many of you have found twenty bloody dollarydoos in a fish before. That’s why we had to come back to a story that did the rounds last week and have a bloody squiz…

Straight up, we know what you bloody fishermen and fishersheilas are like when it comes to the truth. It’s no secret you like to spin a big bloody yarn, see who takes the bait and then reel ‘em all the way in with a proper load of bulls**t.

That’s why we reckon this one should be taken with a liberal helping of salt, and perhaps a minimum chips on the side. 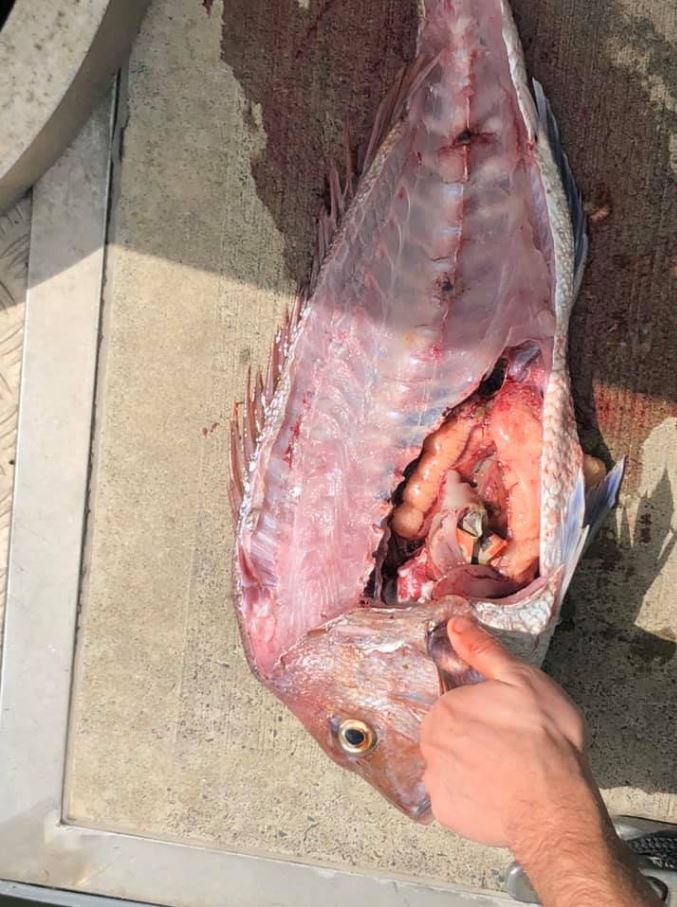 Anyway, a little while back, Sharkmen Fishing Charters Melbourne posted an image of a filleted snapper with twenty bucks in its guts. They captioned it with, “Mind blown. No word of a lie.” And we’re just gonna roll with it, after all, we’ll give ‘em a fair go.

And, for what it’s worth, an aquatic veterinarian has confirmed the note was where an expert would expect it to be if the fish had eaten it. He did, however, say some other s**t that suggests it might be a bit of a stretch for it to end up in there in such pristine condition:

Dr Richmond Loh reckons, “A $20 note is not a small item that can be easily swallowed by accident, so the snapper would have had to also ‘mouth’ it (chew and taste) to check if it’s something edible using the tastebuds inside its mouth before it would swallow.”

We’re gonna let you make of that what you will, but we can’t really see the point of bulls**tting about it. That might be because we’re not fishermen, but on the other hand, those buggers usually like to go big with their exaggerations. 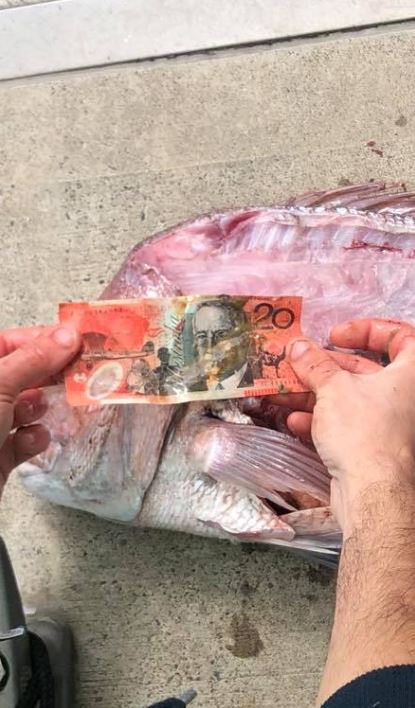 We’d expect a proper bulls**t artist fisherman to say it was a hundred bucks – and have no photo for evidence.

Final thought: Yeah, look, as we’ve said above, we know you lot don’t often let the truth get in the way of a good yarn, but we reckon we’ll leave this one up to you guys. Is it a load of s**t, or is it fair bloody dinkum? What about you? What have you found inside a fish? Let us know in the comments section.

When it comes to bloody crocodiliacs, you know we love ‘em here in Ozzyland. You probably also know that Crocodylus porosus, our very own saltwater crocodiles are pretty bloody revered for their ability to just munch ...