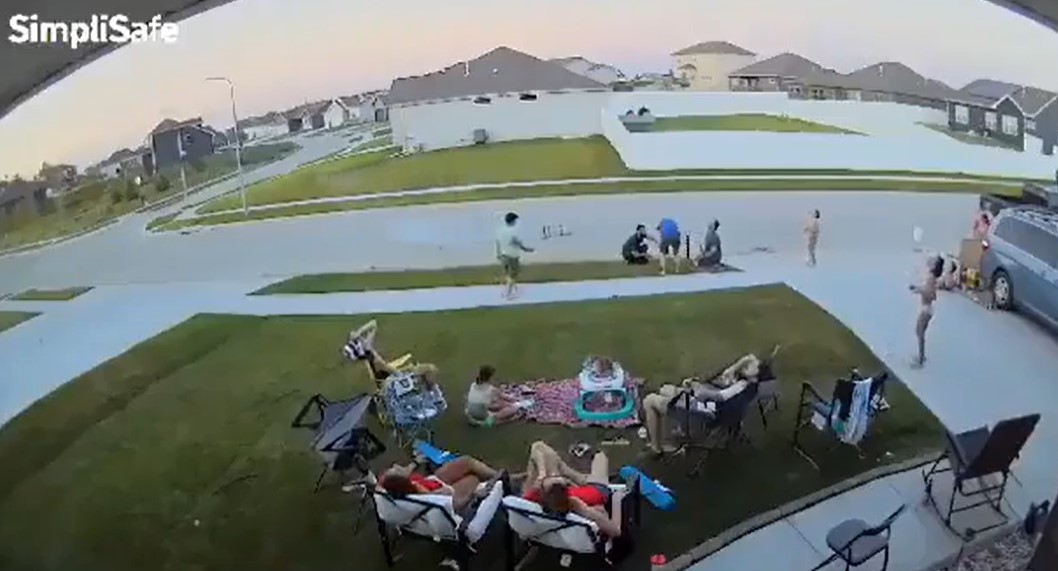 Fireworks. It’s no secret that letting everyone have them is a pretty f**ken dumb idea. Yeah, nah, it really is. In the right hands, they can look pretty spectacular – even if you do have to ignore the potential bushfire risks – but most of the time, they’re pretty sketchy. Yeah, nah, they frequently cause injuries and frighten pets. A video that went viral last week might just explain why. Check it out…

Before we get cracking on this one, we’ve gotta point out that when it first went viral, the family in the video was unaware, leading many to think it was some sort of publicity stunt. It f**ken wasn’t. Yeah, nah, the family was enjoying their 4th of July – right in front of their SimpliSafe security camera – when s**t went off. 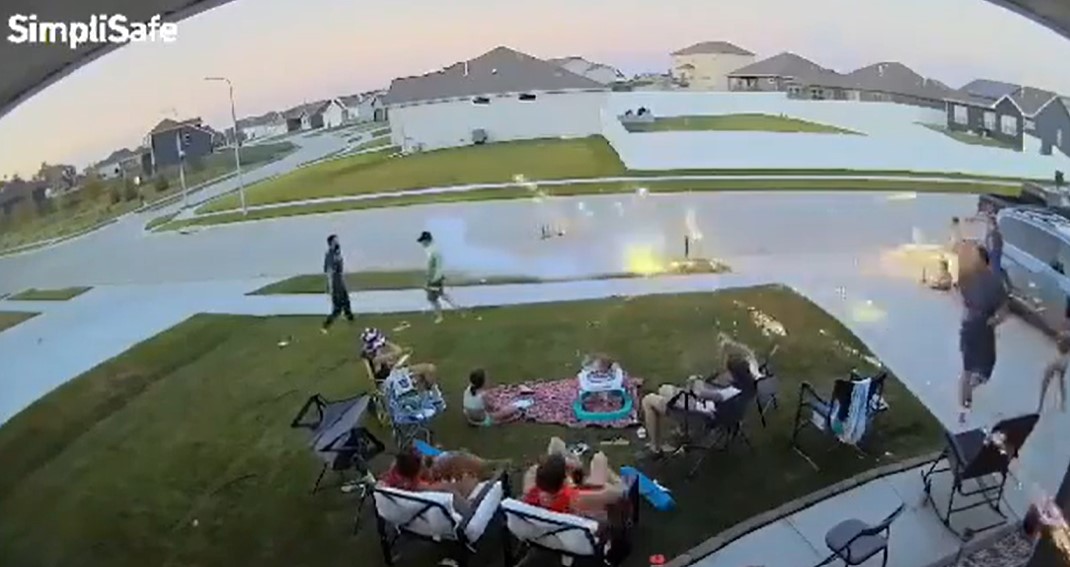 As you can see from the video, the first firework doesn’t do what it’s supposed to. As a result, all the other fireworks f**ken ignite, and then, in a series of explosions, the family is forced to scatter.

According to one of the people present, “The firework was supposed to go up, but it did not. It caused another box of fireworks to ignite, and when the rest of the fireworks ignited, they shot to the left and the right. And the rest is kind of history.” 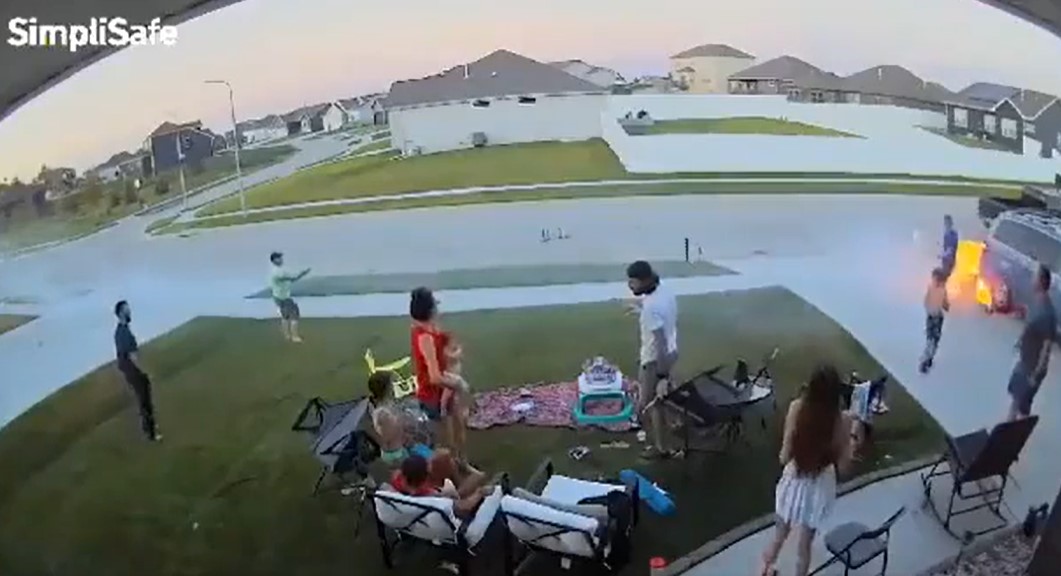 There’s a lot to unpack in all this, but first off, we’ve gotta give Dad a shout-out for his ominously prescient starting comment. Right after lighting the first firework, he jokes that everyone should ‘run’. Moments later, they’re piss-bolting!

Of course, Mum needs a f**ken shout-out too. Obviously wary of events, she grabs junior and makes like a fat man’s pants, getting the f**k outta dodge before either of them needs a skin graft. 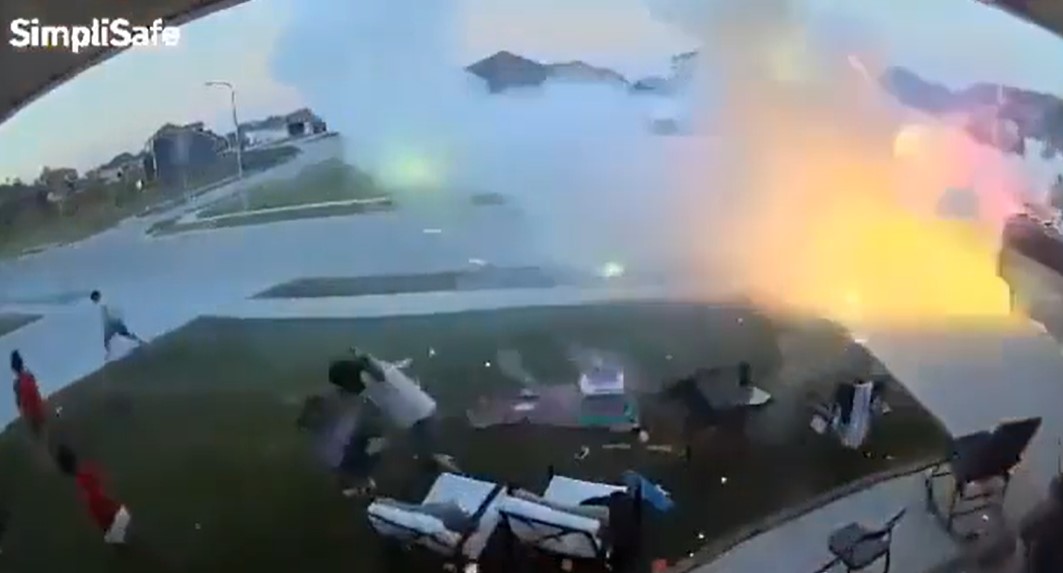 Now, how this ended up online comes down to SimpliSafe. They posted the video – seemingly without notifying the family – and many thought it was a publicity stunt. When questions arose and the family was made aware, SimpliSafe said:

“Customer video and audio cannot be accessed without permission by anyone besides the owner, so we were just as shocked to see the video online after the customer shared it. As a company that’s in the business of protection, we do not make light of events that would put our customers’ safety at risk, whether those incidents are within our control or not.” 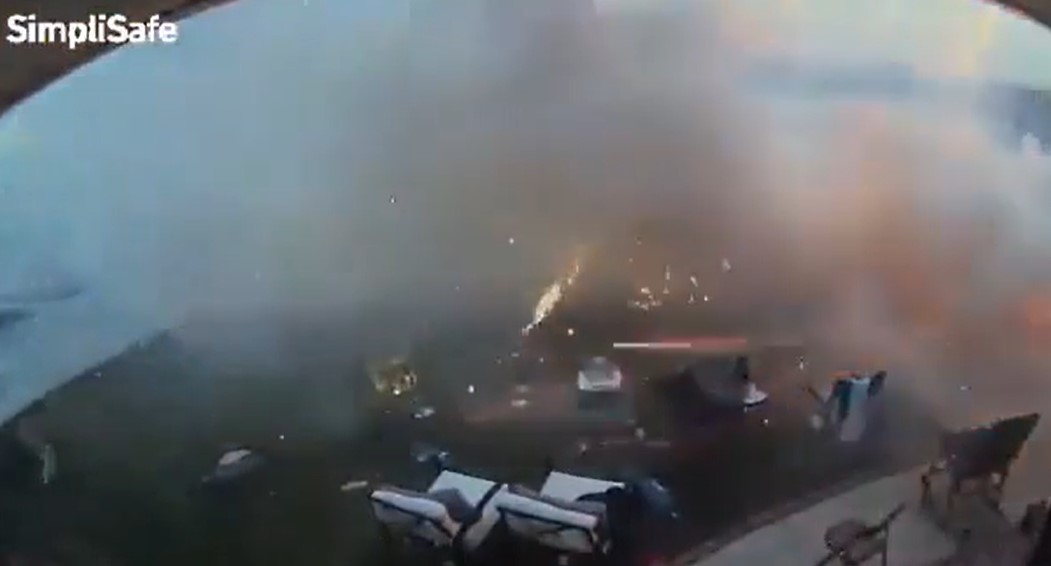 The family has since stated no one was injured and said, “We always practice firework safety. We’ve thrown this party every year for several years without incident. It was just a faulty firework, and as soon as SimpliSafe found out who we were, they reached out, concerned with the safety of everybody involved.” 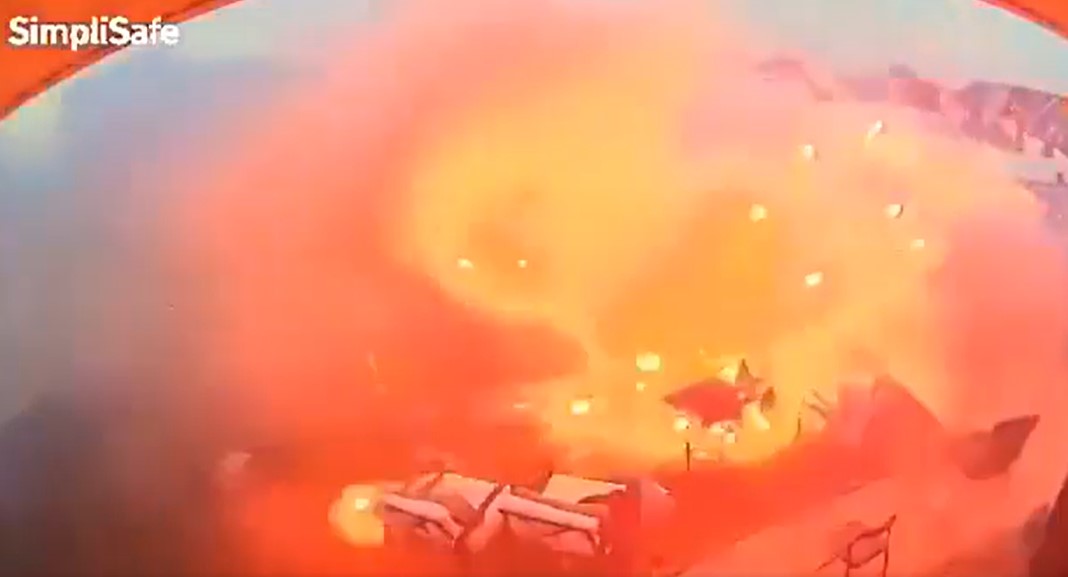 Final thought: So yeah, this is another interesting one. Anyway, let us know your firework stories. We’re sure there are some good ones out there. See you in the comments section!

Just in case you missed it, here’s one of Ozzy’s latest commentary videos…Retro Australia – Bikinis!