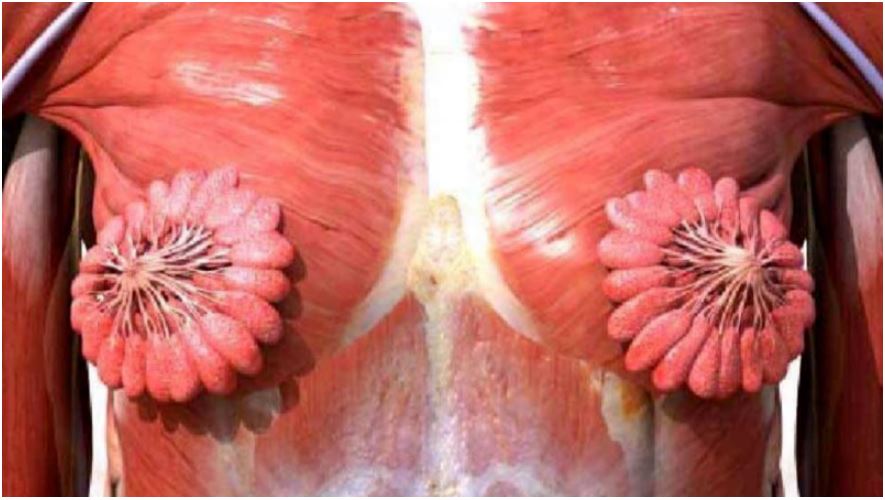 The human body is a bloody cavalcade of interesting, amazing and gross all rolled into one. Of course, what you see as gross might be someone else’s grouse and vice-versa, but generally speaking, we can all be sure that there’s some combination of the above in all of us. But from time to time, we’ve got to ask ourselves how much we actually know about our own bodies. After all, you’d think we should know a thing or two seeing as we all have them, but that’s just not the case…

Yeah, deadset, if a recent Tweet detailing exactly what a sheila’s milk ducts look like on a muscular level, knowledge about our bodies is a little scarcer than some of you might care to believe. The tweet in question came from a sheila going by the name of Artist formerly known as Beyonce, and she says, “I just realized I never saw a photo of a female muscle system. This is NOT what I imagined milk ducts to look like.” 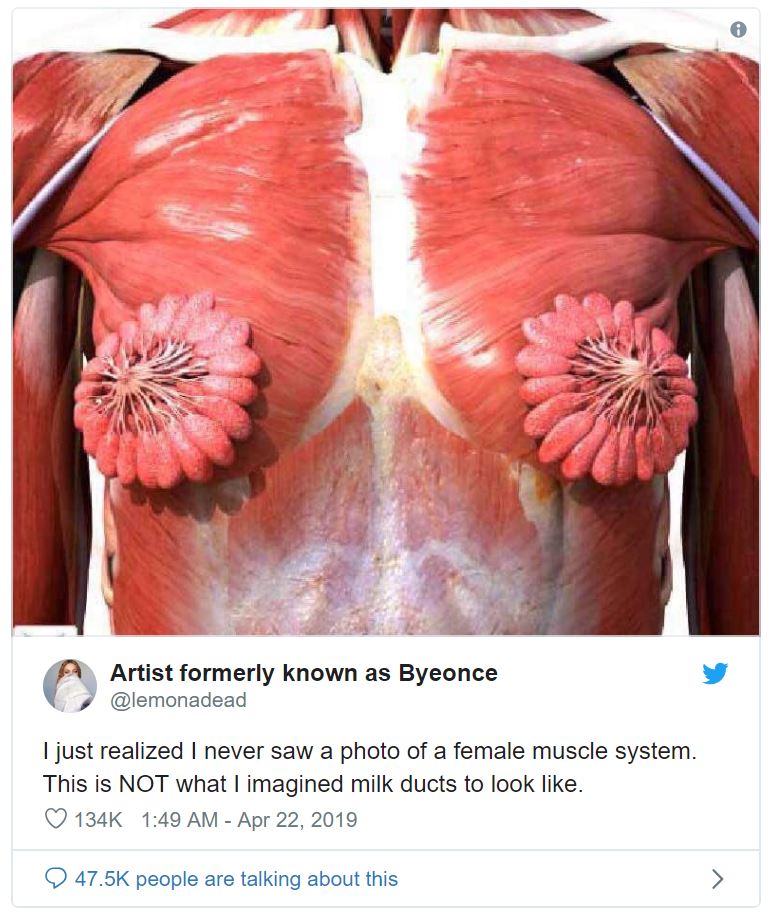 That tweet, complete with image, had about 130,000 likes at the time of writing and some 40,000 people had retweeted it. Of course, plenty of those people noticed that under the skin, a sheila’s milk ducts look like a flower. Others thought they looked like some kind of alien titty-sucker. What this meant was that there seemed to be a little debate between whether or not this was beautiful or freaky. 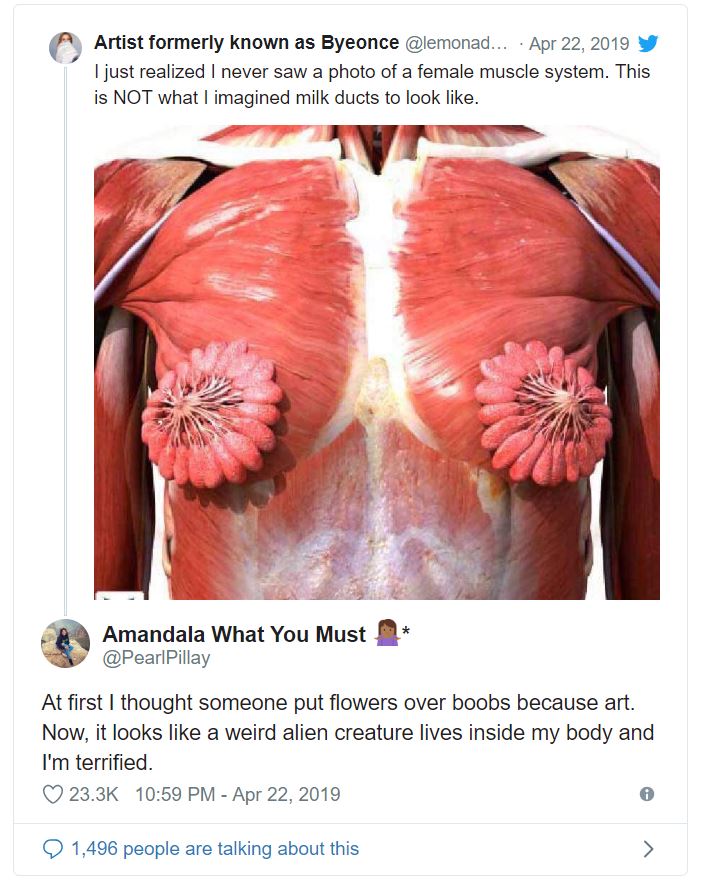 We guess that like most parts of our body, it’s all designed to work for a purpose and the best fit for getting milk out of the breasts is this weird Lovecraftian starfish thing.  In fairness, though, most people were on the side of beauty and awesomeness. 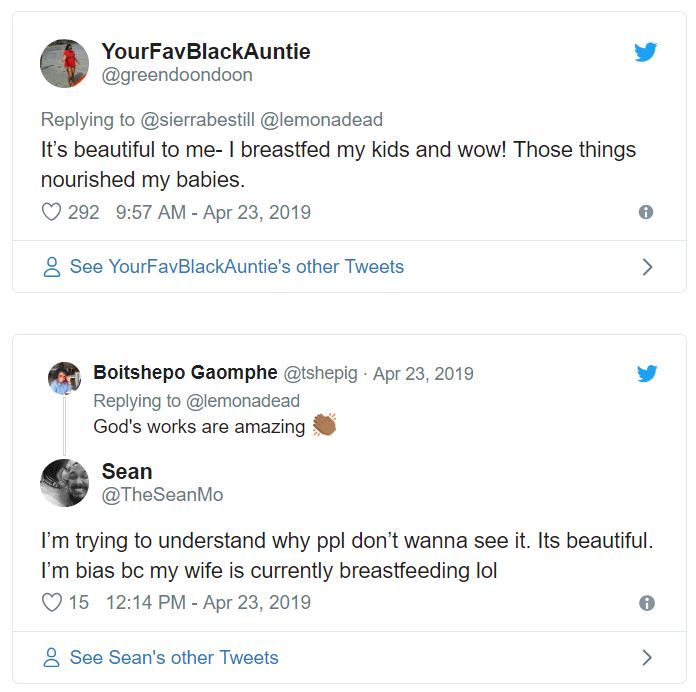 Final thought: Going back to our original point, we’re gonna admit that we had no bloody clue about this and it’s got us wondering what other parts of the body look like under the skin.