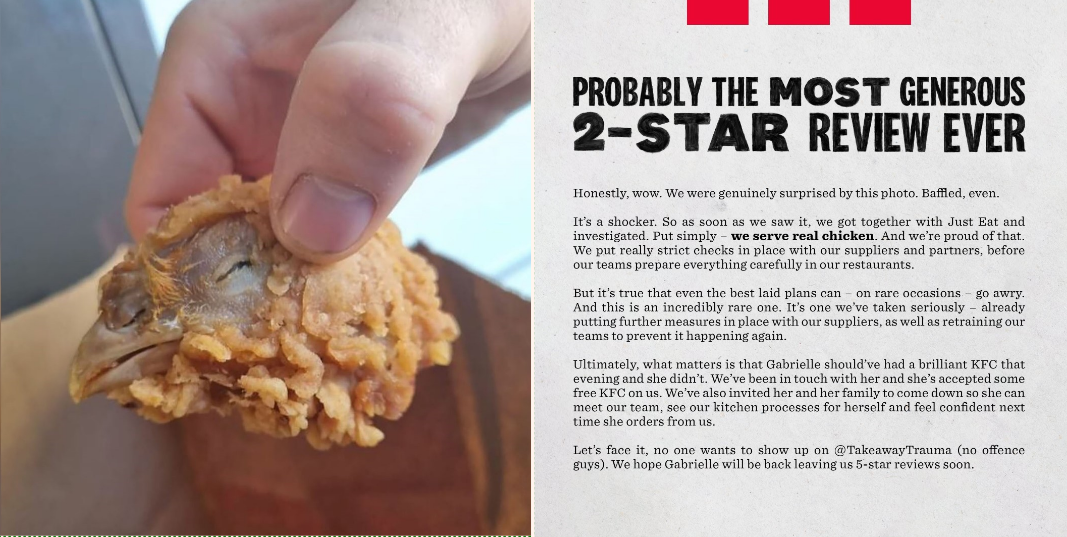 From time to time, you might hear someone say that fast food restaurants don’t deal in ‘real food’. While that’s not usually something to take literally, sometimes you come across a news story that says, ‘yeah, nah, this s**t is as real as it gets!’ This is one of those news stories. Check it out…

Over in Pommyland, a sheila by the name of Gabrielle was having a bit of a munch on her KFC hot wings when she noticed something a bit out of the ordinary. Instead of pulling a deep-fried wing out of the box, she plucked out a fair dinkum chicken head.

Deadset, that is an unmistakable chook head. Give it a squiz. It’s got the full face, the beak, and even some feathers. S**t, if you squint a little bit, you can even mistake the breadcrumb for the wattles.

While there’s two ways to consider this: either gross as f**k or proof that they’re using real roided-up chooks at KFC, bloody Gabrielle wasn’t too impressed. She took to JustEat, the mob she ordered it through and gave ‘em a two-star review. 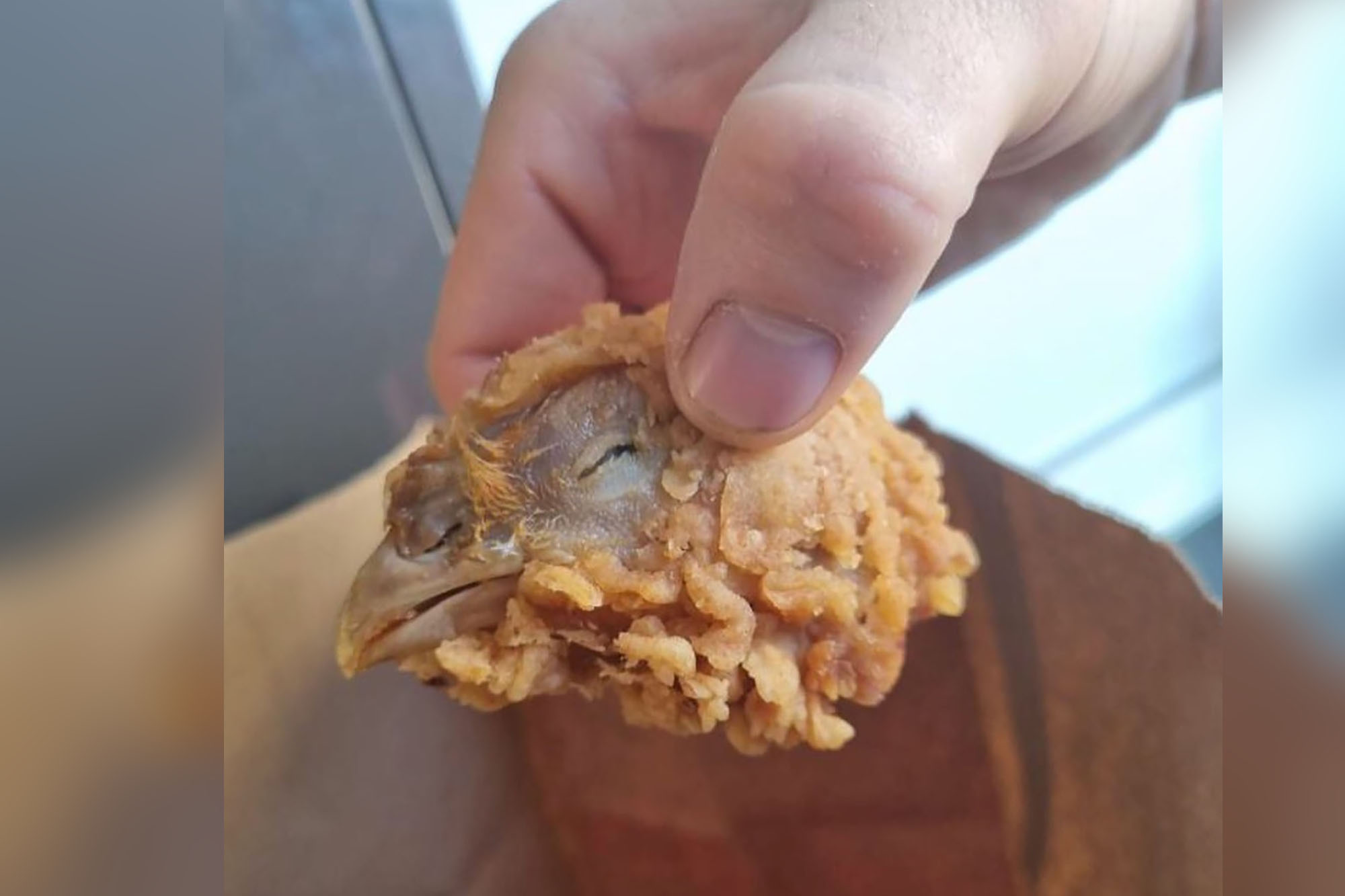 “I found a fried chicken head in my hot wings meal. Put me off the rest of my meal, urgh.”

From there, she uploaded an image of the severed head to the Takeawaytrauma Insta account. As you can imagine, there was a mixed response. Some people wondered what it would take for Gabrielle to give a one-star review while others commented that an incident like this could provide awareness about the fact that chicken is still chicken.

As for KFC, they didn’t have a clue how it happened. On Twitter, they said it was the most generous two-star review they’d ever received. From there, a spokesperson for the company told the sun, “Put simply, we serve real chicken – and we’re proud of that – but this has clearly slipped through the strict processes and checks in place with our suppliers, partners and teams, who freshly prepare everything in our restaurants.”

Final thought: Yeah, look, obviously, there’s a couple of ways to look at this, but point blank, it shouldn’t have happened. Still, it does beg the question: what strange s**t have you found in your takeaway? Let us know in the comments section.