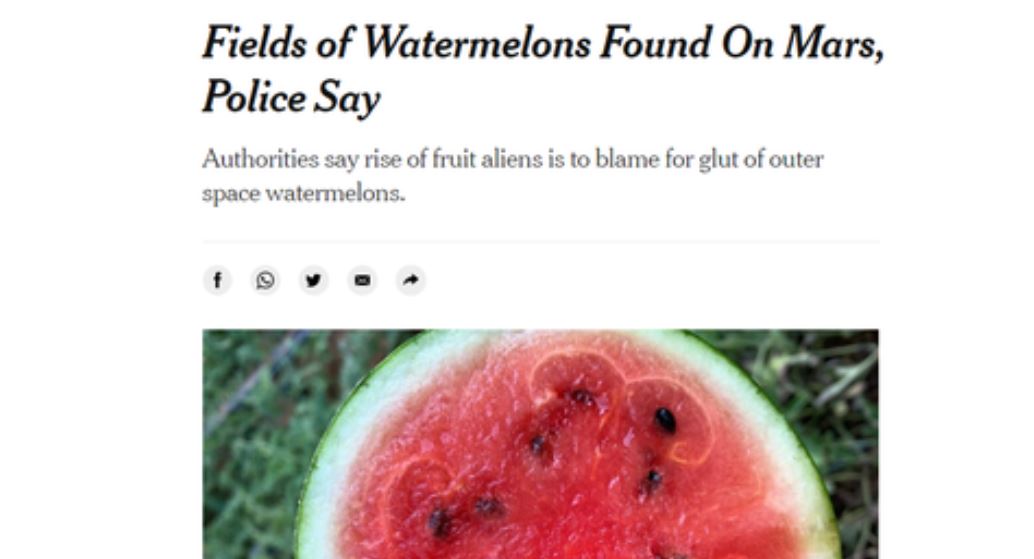 Yeah, nah, get your tinfoil hats on, folks, because there’s some serious s**t going down right now. In a total blink-and-you’ll-miss-it moment of complete f**kery at the New York Times, a pretty f**ken suspicious article about intergalactic food sources was shared online before being unceremoniously yanked from the internet. That article: watermelons on the moon.

That’s right, ya big bloody bewdiful bogans, the NYT has just let the cat out of the bag. An article claiming that “Authorities say rise of fruit aliens is to blame for glut of outer space watermelons,” was published live to the interwebs by the well-known paper just the other day.

What's happening at the NYT pic.twitter.com/Ff5L24zZNk

And then, after it f**ken disappeared as quickly as it appeared in the first place, the paper claimed the article was published ‘in error’. Now, while we’re happy to admit that it might have been an honest-to-goodness mistake, we’re not so sure. After all, we spend a lot of time on the internet. 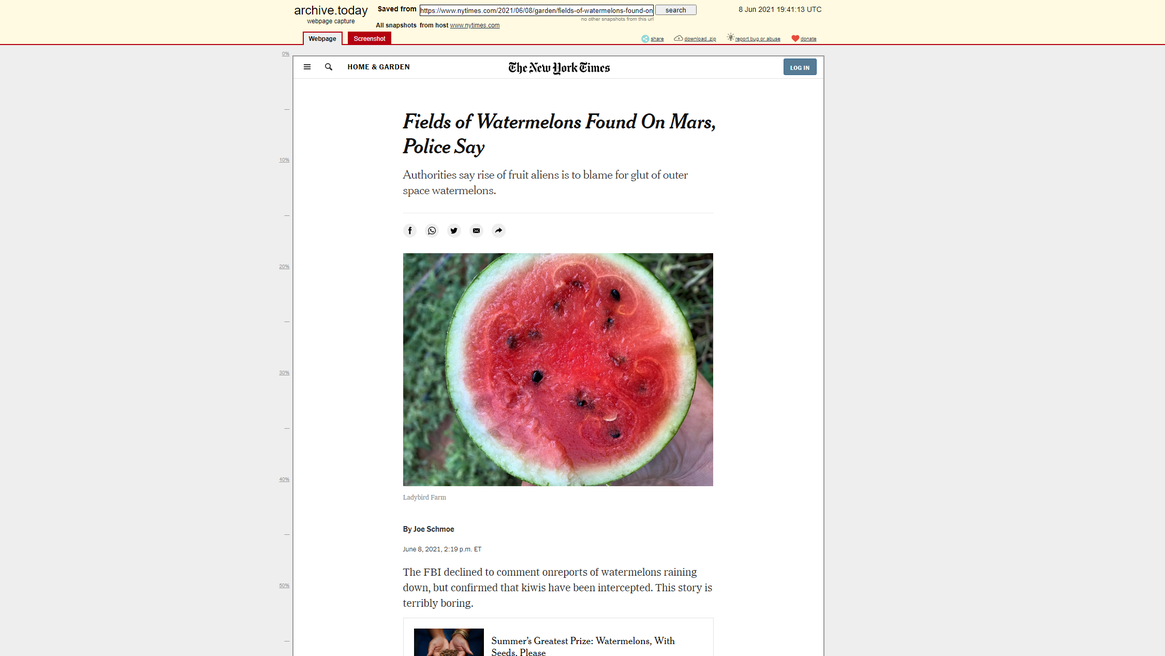 Although, if we’re honest, it probably is bulls**t. Yeah, nah, media sites have joke articles lying around in folders that can be mistakenly published with a few stray clicks of the mouse all the time.

Fortunately, though, we’ve got the full text of the article right here. Why don’t we have a squiz and see if it reveals a global conspiracy or whether it’s obviously just a load of s**t:

“Authorities say rise of fruit aliens is to blame for glut of outer space watermelons.

The FBI declined to comment on reports of watermelons raining down, but confirmed that kiwis have been intercepted. This story is terribly boring. 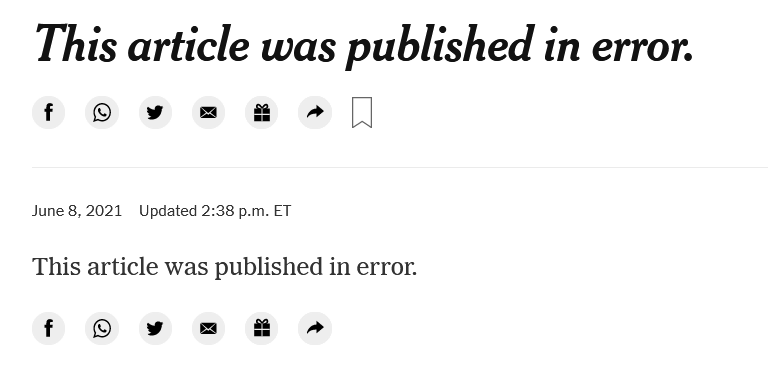 Final thought: Yeah, we’re not sure what exactly’s gone on here, but it’s obviously something a bit bloody silly. Still, it’s a good reminder of how easy it is for bulls**t news to be published. Maybe there’s a lesson in that. Maybe…

One of the natural disasters we tend to overlook here at Ozzy Man Reviews is the bloody sinkhole. Yeah, nah, these sneaky f**kers can cause massive damage and harm, but for some reason, they don’t seem to get the atte...

We’re gonna hazard a guess and say that if you’re familiar with the term ‘moneyball’ you’ve considered trying to make it work. Don’t get us wrong, we’re not suggesting you have the money to do it, we’re just saying th...

If you’ve seen the LockPicking Lawyer’s videos, you’ll know that he’s a bit of a gun when it comes to picking locks. Obviously, that s**t goes with the territory, but apparently, he doesn’t have the best name with loc...

Rightio, ya big bloody bewdiful legends, for today’s piece, we’re gonna need to take a little ride back in time. We’re having a squiz at YouTube’s musical marble master, Wintergatan’s latest video and comparing it bac...

If you’ve ever been through high school, you might remember your English teacher harping on about s**t like ‘the human condition’ and making out that it’s this high and mighty concept that explores how we deal with hu...