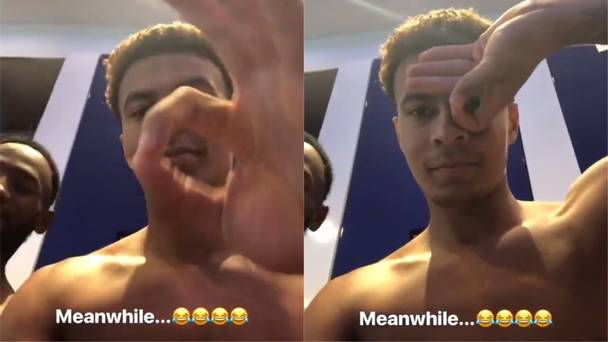 If you’ve been following the English Premier League over the last couple of years, you may well have heard of Dele Alli. The young star shot to fame when he transferred from lower league team MK Dons to Tottenham Hotspur. Initially expected to break into the team over time, he f**ken exploded into the first team with important goals, an array of tricks, and a cheeky-as-f**k manner. Since then, he’s also become known for his goal celebrations – and his latest has the internet trying to master the #DeleAlliChallenge…

In the past, Dele’s busted out a range of dance moves and convoluted handshakes with teammates after finding the back of the net. And finding the back of the net is something Dele does on a fairly regular basis. Despite teammate and World Cup Golden Boot-winner Harry Kane burying most of Tottenham’s goals, Dele gets to debut new celebrations pretty often throughout the course of a season. 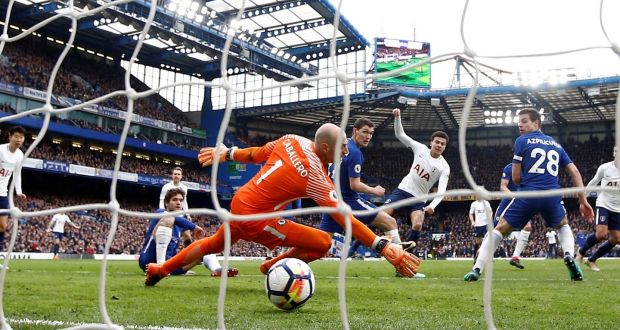 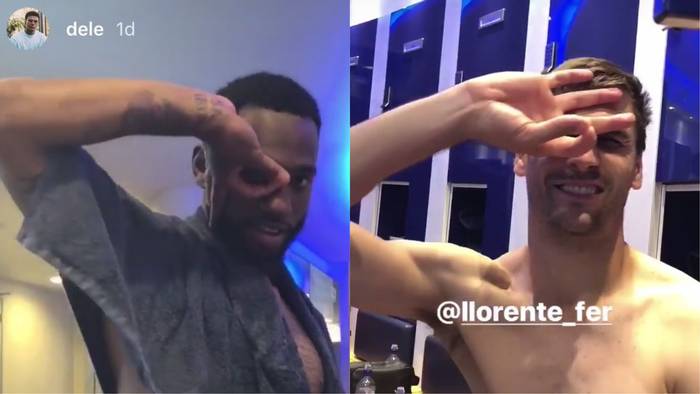 His Spurs teammates have a crack at it. With varying results. Credit: Dele/Instagram

The inspiration for the #DeleAlliChallenge came when he scored the winner against Newcastle at St James Park last weekend. Shortly after burying a trademark header, he busted out the new celebration. He made a circular shape with his thumb and index finger while resting the remaining three fingers on his forehead. And, while it looks incredibly simple, it’s not.

Welcome to the weekly #KiftaFridayGiveaway! Today's challenge is easy

Since last weekend, his teammates – and the internet as a whole – have been trying to master the celebration. Twitter is chockers with people trying to replicate it – and there’s even a whole bunch of tutorials on exactly how to do it.

Dele Alli is no stranger to popularising new celebrations. He rocked the Fortnite dance after scoring for England in the World Cup. Let’s hope there are plenty more new celebrations to come from the young star. Tottenham are moving into the UK’s newest stadium in the near future, and will be the only team from London to represent England in this year’s Champion’s League.

Final thought: The internet has been bloody fantastic for sports hasn’t it? Considering Dele’s come in for criticism for his sometimes fiery temperament, flipping off Wayne Rooney on the pitch, and going to ground a bit too easily on a few occasions, he’s a fantastic prospect whose stats are bloody incredible for his young age.