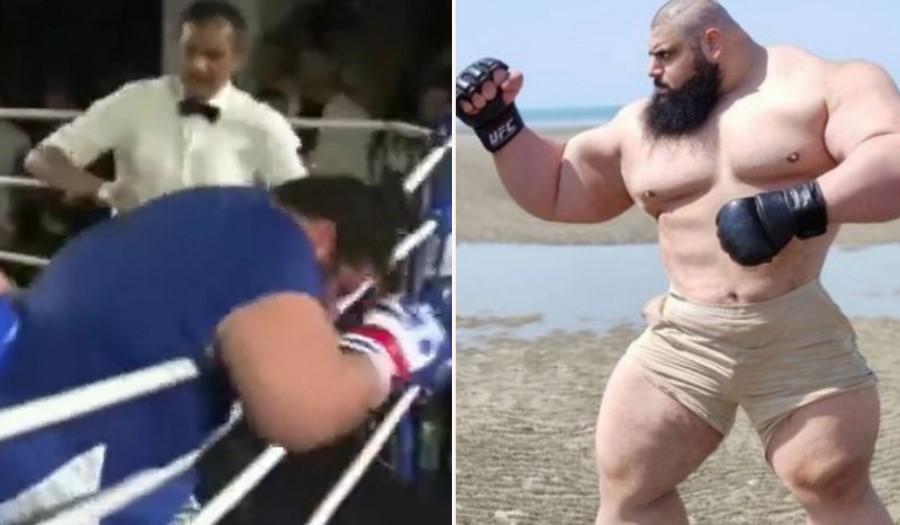 For a long time now, the Iranian Hulk Sajad Gharibi, has been talking up his boxing debut with the false confidence of ten men. He’s talked about the training, he’s talked about his prowess, he’s talked about his ability to open a can of whup-ass and beat his enemies senseless, so there was a lot riding on him putting his money where his mouth is. Unfortunately, his fore-mentioned debut didn’t go according to plan. Yeah, nah, it was a f**ken s**tshow.

For those of you who don’t know, Gharibi finally stepped into the ring for his long-awaited debut in a contest with Kazakh Titan.

After a brawl on their weigh-in, and tonnes of build-up, it all ended almost as quickly as it began. 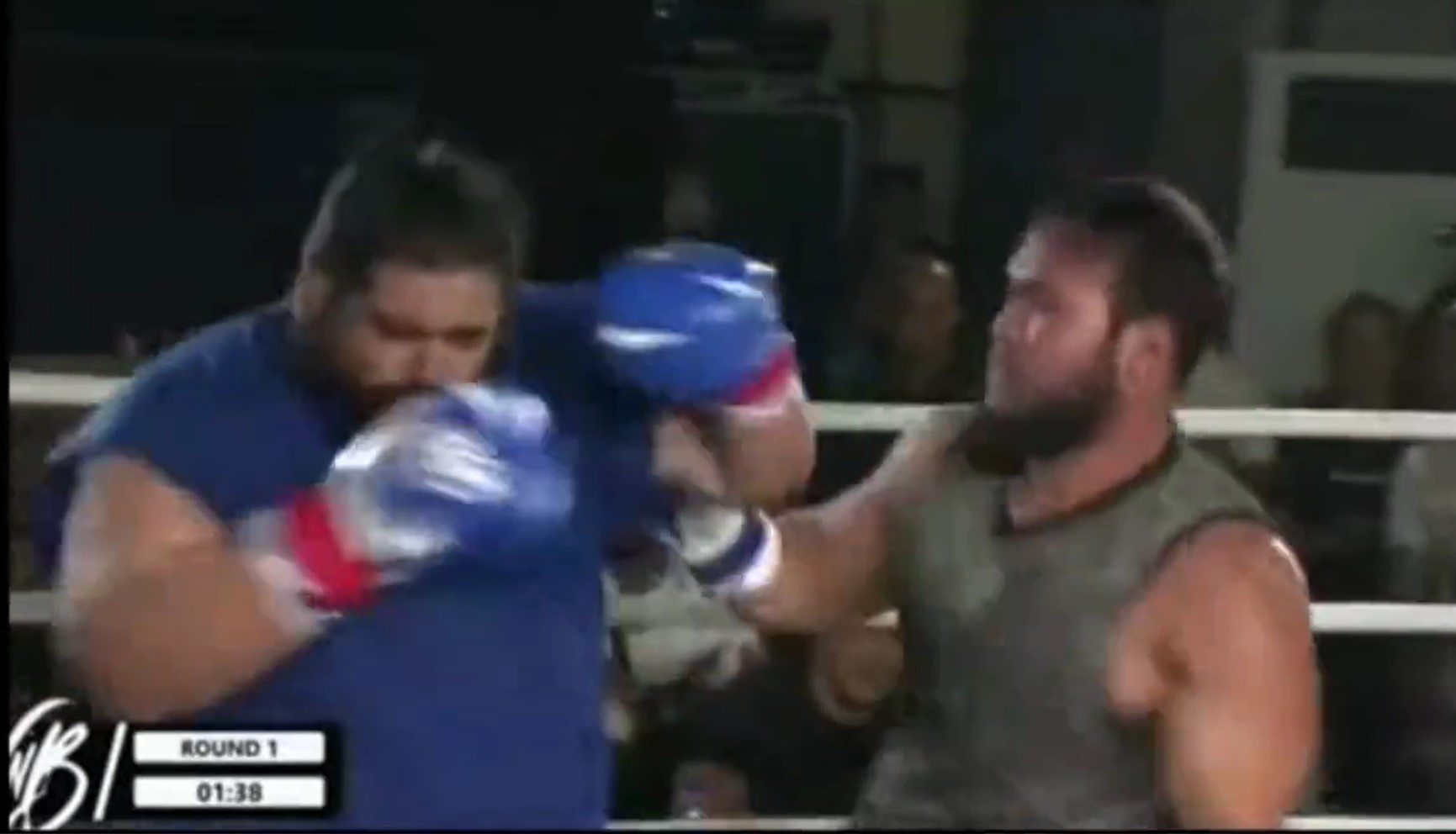 With the Martyn Ford fight not happening, Gharibi faced off with Kazakh Titan in Dubai. You can watch some, admittedly grainy, footage of the all-too short fight below, but pretty early in the piece, it’s obvious he would rather be somewhere else.

As soon as the punches start flying, he’s basically trying to run away. Unfortunately, with the ring stopping him from escaping, he can only try to avoid taking too much punishment.

Luckily for him, the ref ended the fight early. The first-round loss was pretty humiliating for the big fella. Yeah, nah, despite his humiliation in a shoving contest with Ford, he’s talked a good game. Now, he’s been left apologising after a defeat that left boxing fans bemused. 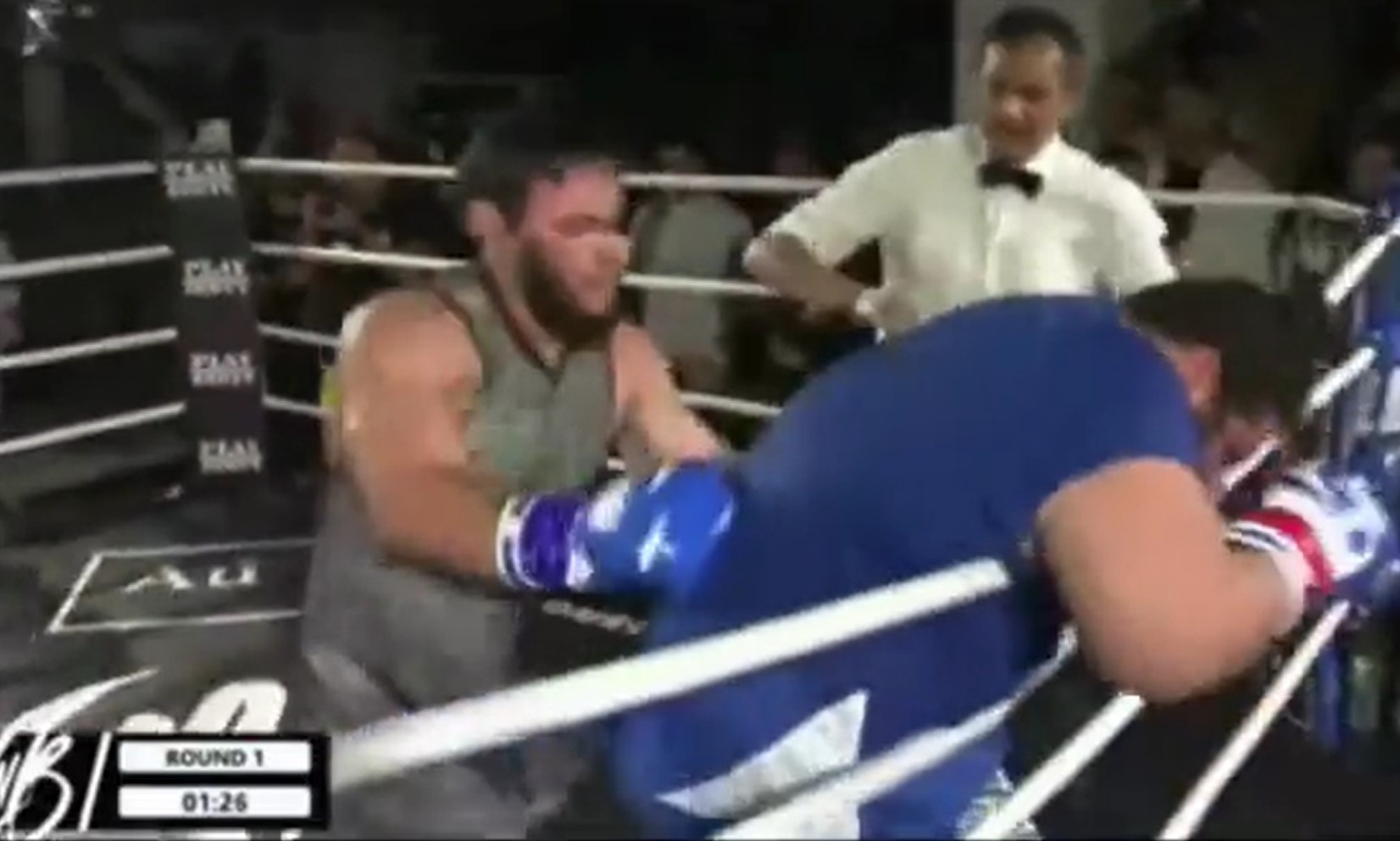 Talking to the media after the fight, he said, “I have nothing to say but I am ashamed, and I apologise to the Iranian people.” His coach added, “I just wanted to five a brief explanation about the fight.

The fight was set before Sajad came to me and he signed the contract. There was no way to cancel it unless he paid a big fine for the cancellation.”

Despite all that, it’s probably worth mentioning that Hulk has done it tough since being humiliated by Ford. He was mocked so badly by his countrymen and women, that he said he felt suicidal and claimed that his Mum had even disowned him. So, yeah, if you do find this amusing, go easy on the big fella. 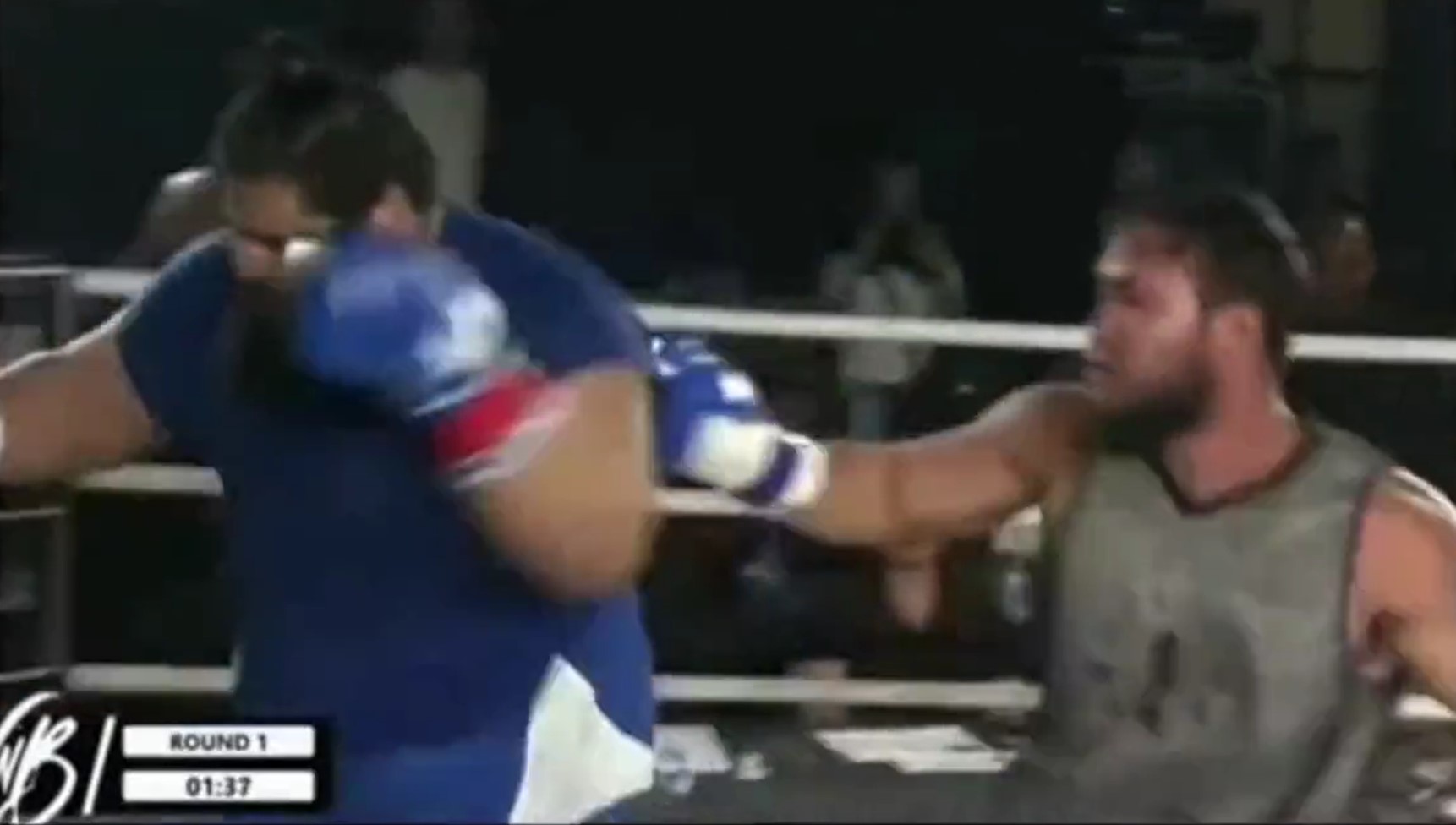 Final thought: Lots of people mentioned before the fight that Hulk was gonna struggle, and even questioned whether his body was edited and bloated with synthol. This ‘fight’ has added credence to those theories, and it’s interesting whether or not he’ll get back in the ring. Let us know what you reckon in the comments section.