We’ll be honest, we’re not big road-ragers. Deadset, we’re not. We reckon it’s a bit of a waste of anger. Also, when you’re dealing with the kinda hotheads who like to fight people over a forgotten indicator or a broken tail-light, you don’t know what you’re getting yourself into. Take the guy with the sword in today’s video for example. He thought he had s**t all sewn up, until he realised he’d brought a knife to a gun-fight. Check it out…

All right, look, there’s realistically only two places in the world this can occur: the USA or Russia. This time, we’re heading to the States. Portland to be precise. We don’t know what exactly started the incident, but we’re willing to bet it was something minor. 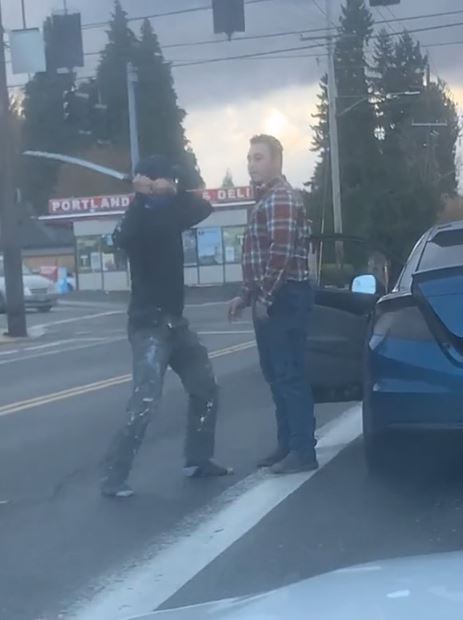 Anyway, when the video kicks off, one bloke has a f**ken sword out, and he’s being—or at least trying to be—quite intimidating with it. Yeah, nah, we’ll admit it, we’d probably drop a big fat turd in our pants if someone made out like they were gonna use us for katana practice.

And that’s how you know the guy he’s threatening is proper crazy. He’s the calm one. He’s just like, yeah, nah, f**k you. And he casually touches the boot of his car while the guy filming is calmly commentating the whole thing. 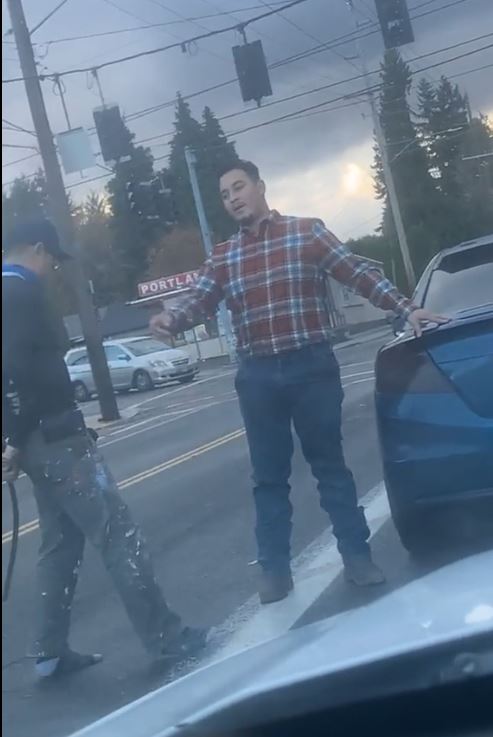 Although we don’t know what the calm fella has said, the dude with the sword starts to back off pretty quickly. Deadset, he’s back in his car in no time. As soon as Flanno opens the boot, though, we understand why. He’s got a gun, and we don’t know guns, but it looks like it could put serious holes in things.

The guy filming is done at that point, he’s like f**ken seeya! And we’re left to wonder how this ended. After all, it’s the States, and if it’s one of those places with those f**ked up Stand Your Ground laws, old mate with the sword might find himself in six-foot-deep s**t pretty quickly. 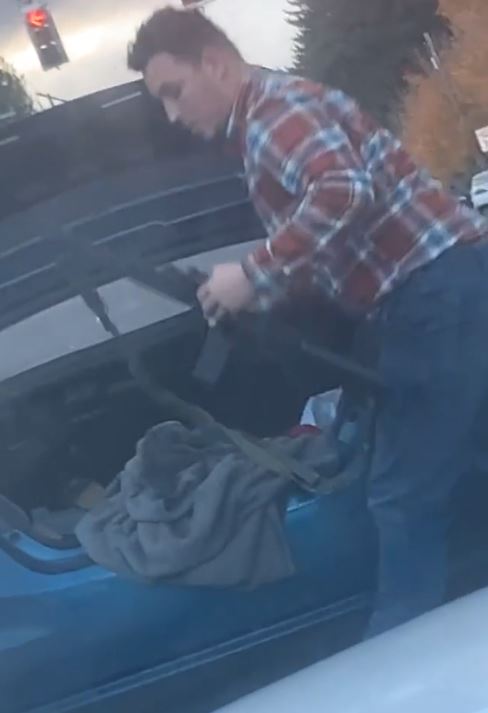 Yeah, nah, best not to play road-rage games in places where people carry guns like that.

Final thought: Look, we’re a calm bunch here at Ozzy Man Reviews. We love a bloody good biff on YouTube or TikTok or Twitter or f**ken whatever, but in the real world, we don’t wanna see people resorting to weaponry. Yeah, nah, leave that s**t to John Wick, and piss that road-rage s**t off out of your life. It’s no good for anyone. Anyway, that’s enough preaching for today. Be safe, you big legends!