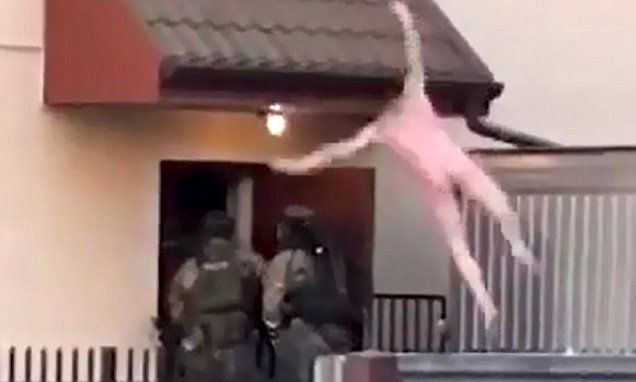 The best thing about being at home by yourself is probably hanging out in the buff. The only downside to it is the risk of an unexpected knock at the door. That’s always cause for mild panic. I mean, do ya whack a cushion in front of ya tallywhacker and answer the door; do ya hang a baseball cap of it, make like a hat-rack and pretend no one’s home, or do ya just answer the door starkers? 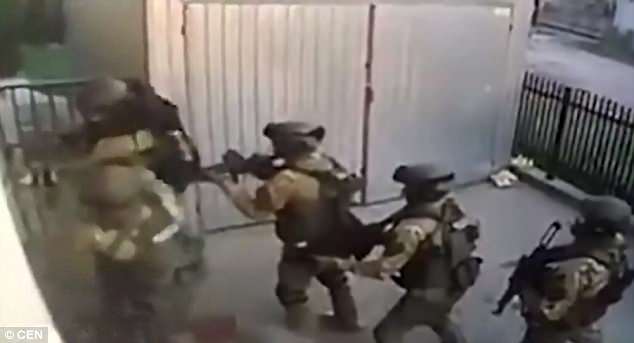 Now, take that scenario and multiply the scale of it by about a thousand. This time, it’s not the kids from next door asking if they can get their footy from the back yard, it’s a f**ken swat team and they’ve come to bust your ass and throw it in prison. What do you do? 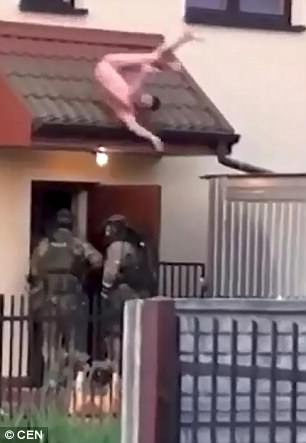 If you’re anything like the Polish bloke in this video, ya make a break for it, Lady’s Man style. You hump your naked ass out the window and you bloody leg it. 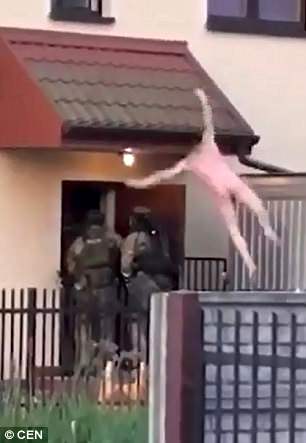 Of course, there’s no hope for dignity in this scenario, but you can still try to complete the escape with a bit of grace. Unfortunately, this dude had none. His epic fail was spectacular in its complete lack of glory. 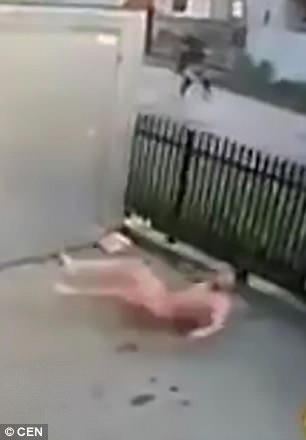 As you can see in the clip, the SWAT team let themselves in right as he rolls down the rooftop and hits the ground like a sack of arseholes. He’s all f**ken legs akimbo, agonised writhing and regret. At one point, I’m pretty sure he gives the camera a wink with his chocolate starfish, but it doesn’t gross out this Polish SWAT team. They’re on the b*stard. They tell him where he’s going next – Destination F**ked! 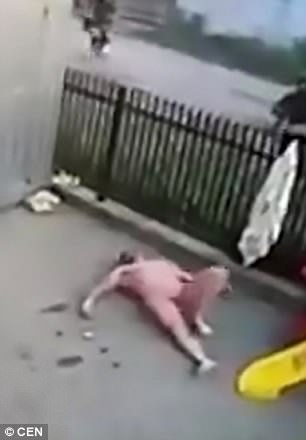 Final thought: No matter how desperate the situation, there’s always time for pants. I mean, f**ken hell, mate, at least put a pair of boxers on. This could be your big bow, your fifteen minutes, your spot in the limelight…and ya couldn’t have made a bigger balls-up of it.